Taking a look at some of the pros and cons of potentially joining a dental or orthodontic service organization.

For general dentists with some specialty skills and orthodontists who own their own dental practice, these hot issues are probably causing second thoughts about remaining with their individually owned practices. They are probably consulting with their dental CPAs and other financial advisors and getting information about what the DSOs and OSOs have to offer that they are not receiving on their own. It is important for them to first understand what they are receiving from their own practices so they can make a good comparison.

One of the safest methods of determining what they are obtaining from their individual ownership is to have a valuation of their dental practice prepared using specific standards and to have it done by an independently certified valuation analyst. Many dentists feel that they know what the value of their practices are without the necessity of having the independently prepared valuation. They may want to save the money that it would cost to consult with the evaluator. This is a big mistake that can cost hundreds of thousands of dollars. A good analogy is the homeowner who thinks his or her house has a certain value which is usually higher than the buyer’s appraiser will provide. This means the loan won’t be granted for the purchase. With an in-house valuation that is not independent, the dentist is getting what he or she paid for it, which is probably nothing but what the dentist feels is correct as opposed to what is appropriate.

The add backs for normalizing the profit are critical items when determining value. The comparison to national or at least local geographic averages are important for determining the normalization of certain costs so that the valuation appears as if a potential buyer and their lender would want it to appear. The independent valuation is the starting point. It tells the owner what the value of their dental practice is. Within the valuation is a calculation of earnings for the past few years.

The orthodontist will most likely be in an even stronger position than the general dentist. So each of these practitioners will be comparing what they are currently earning to what they may be experiencing by joining either of these organizations.

A dentist with a gross revenue of $1,000,000 will have a net income between $350,000 and $400,000 or more. An orthodontist will probably be even higher. If that is the case, it means that in 5 years the general dentist will have earned close to $2,000,000 while the orthodontist will most likely have earned close to $3,000,000 in that same time frame. The reason for using a 5-year term is that the service organization buy out with cash, stock and notes may approach close to 100% of gross revenue with some reservations but not all of the funds will be paid at the closing.

The practitioner will earn money from the work they are doing for the service organization, but not anywhere near the amount compensated to the owner. The key, as with most of these service organizations, is what happens later when additional practices are acquired and more and more gross revenue is attained. The initial public offering or the acquisition by a larger DSO or OSO is certainly the key. Does the owner feel as if their own practice can duplicate or even exceed the service organization over a longer term than 5 years?

Specific positives and negatives of joining

Some of the specifics that the owner of the individual practice will consider include:

These are but a few of the many advantages of joining the individually owned practice into the service organization.

There are negatives to joining of course. One of the main problems is the lack of control in any of the areas mentioned in the positive points of the DSO or the OSO. For those who have started or acquired a practice and worked many years to attain the position they now find themselves, turning over their future to someone may be a hard pill to swallow. The bigger the group becomes, the less the prior individual owner’s voice will count as a vote since it will be 1 of many. The monied partner will probably be a venture capitalist, investment banker, or hedge fund, interested in a return and a big payday at the end of their investment. The concern for the patient may be lost.

A quick contrast for the owner who is thinking of joining is as follows:

So, what is the real attraction to joining a DSO or an OSO? It is the pot of gold at the end of the rainbow. When an initial public offering occurs or when a larger more profitable DSO or OSO acquires the 1 just joined, the money involved will probably be more than the individual owner can earn on their own. This is years away. 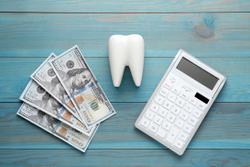