Root canals continue to have a scary reputation among patients, but the myths behind their fears are often easy to debunk.

Despite the numerous advances in dental techniques, technologies, materials, and medications, many patients remain afraid of even a routine dental visit, and few procedures have the fear-inducing reputation of the root canal.

A root canal is often the approach most likely to preserve natural dentition, and plenty of data document its effectiveness in relieving pain and helping to clear up infection. But overcoming a bad reputation is never easy, and the dreaded root canal still has some way to go before it is no longer seen as something to be feared by the general population. Here are 6 myths patients continue to believe about root canals and explanations to convince them otherwise.

Dental phobias are often rooted in the perceived pain and discomfort during and after treatment. Of course, root canals are often a way to relieve pain, and although there may be some soreness after the procedure, the reputation of the painful root canal predates the widespread use of anesthetics as well as newer, less invasive clinical techniques. Today, most post–root canal pain can be handled with OTC options, which should help put patients at ease.

If the pain doesn’t scare patients away, the time required for the procedure and recovery might. But just like the misconception that root canals are extremely painful, the fact that they are a relatively efficient procedure with often minimal follow-up treatment is not widely understood. Although every tooth’s root system is different, and root canal procedures take different amounts of time depending on the complexity of the clinical and anatomical situation, the treatment usually requires just 1 or 2 appointments along with postoperative monitoring.

Cost of care is one of the most common concerns among patients in the United States, and it is also the case when it comes to root canals. Many patients put off or avoid necessary treatments due to the cost of the procedure. But most dental insurance covers at least part of the cost, and offering payment plans and financing options can help make the treatment more affordable. It’s also important to make sure the patient understands that the cost of pulling the tooth and replacing it with an implant, bridge, or partial denture is often much greater than the cost of the root canal.

Sometimes patients seek to avoid root canals based on the belief that the restored tooth is going to die and fall out soon anyway. Of course this is not the case. With proper oral care following the root canal, patients can maintain the restored tooth for many years. According to findings from 1 study, root canals performed by dental students showed an 85% survival rate after 10 years.1

5. It’s better to pull the tooth because it’s dead anyway

Today’s patients have access to more information than ever before, but that doesn’t mean they always turn to reliable sources. A root canal does involve removing the infected pulp inside a tooth and replacing it with a filler material, but the restored tooth is still a vital part of the oral environment. As long as the gums remain healthy, the restored tooth should look and function just like a tooth with vital pulp for many years after the procedure.

This is likely the most dangerous of the root canal myths that continue to spread. Although there is plenty of research connecting oral health—most commonly, periodontal health—with systemic conditions including heart disease and diabetes, evidence does not support a link to root canals. This myth dates back to the research of Weston A. Price, DDS, a dentist in the early 20th century who believed that leaving the “dead” tooth in the mouth after a root canal led to further health problems. But a root canal actually removes the diseased or dead tissue from inside the tooth, and Dr Price’s theories have been repeatedly disproved, including in a 1951 issue of the Journal of the American Dental Association dedicated to research on this topic.2

Root canals are safe and effective treatments, and although patients should always be encouraged to ask questions, dispelling concerns about the procedure is fairly straightforward. 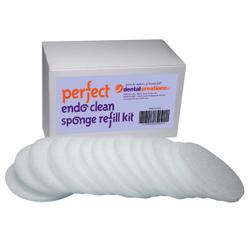 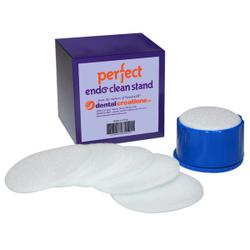