With a new office space, practicing dentistry is no longer a pain in the neck.

If you ask Erin Roberts, DDS, about her prior dental office she answers with a chuckle, insisting that it’s a distant memory that she tries to forget.

If you ask Erin Roberts, DDS, about her prior dental office she answers with a chuckle, insisting that it’s a distant memory that she tries to forget.

The original owner had been in the space for more than 30 years when Dr. Roberts purchased it from him. She was left with a small and inefficient office with outdated equipment that was unreliable. Still, she had purchased the space in 2003 to open Healthy Smiles, with the intent of one day remodeling.

Dr. Roberts says that the size of the original space was the biggest issue -– small operatories made it difficult to get around the patient chair, with her doctor’s stool hitting the cabinetry when she tried to move. The cramped space made it difficult to store and organize supplies, requiring extra trips to other rooms. The result was that it required a lot of extra work to complete tasks and Dr. Roberts needed to see a chiropractor for neck, shoulder and back pain due to the lack of ergonomics.

Fortunately, she had a bigger plan. “I’m a visionary,” Dr. Roberts said. “I had a dream of building a bigger practice that would meet my needs.” In 2009, with the help of her Patterson representative and a local designer, Dr. Roberts made that dream a reality by leaving the old practice behind and building a new practice from the ground up.

The most important aspect of the new practice is the flow. Dr. Roberts wanted a layout that would make it easy to move through the space and work efficiently. She said the new space is organized in a way that makes tools and supplies handy and everything has its place. There is room for more than two people to walk down the hallway side by side, which Dr. Roberts said is important, especially in cases when extra room is needed for a wheelchair to get through.

The extra room allows for more cabinetry to organize supplies, more room for dental chairs and more patients. Dr. Roberts has increased her patient load and no longer has to refer patients to other practices. The new cabinetry and chairs were purchased after a visit to the A-dec facility in Oregon where testing out the chairs made choosing easy. Dr. Roberts said that programmability and various functions were perks but that choosing the most comfortable seating was her main priority. Now patients comment that they want to take the chairs home with them.

The results of the office update include a more comfortable work environment, happier and more efficient staff members, updated equipment that they can rely on and more patients. Best of all, the chiropractic appointments are hardly ever needed anymore.

“It’s so much easier,” Dr. Roberts said of the new office. “It’s easier to move around, we have the space to store things in each operatory, everything is in its spot and it’s more comfortable to work in.”

Dr. Roberts would tell other doctors considering a remodel to just do it. “It’s worth it,” she said. “You’re not getting any younger, so now’s the time. If you feel like it’s time, just do it.” Because of the increased patient volume, Dr. Roberts has hired an additional hygienist and would like to hire an associate eventually. “We try to keep up with the amount of patients we now have room for,” she said. “So an associate would be perfect.”

This article originally appeared in the August 2014 issue of Dental Products Report. For more great articles about products in action, click here to subscribe to DPR's newsletter. 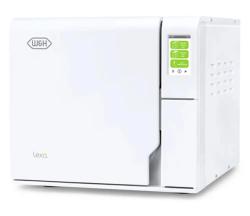