Excuse me, doctor, but the Statim is on line one for you.” Sounds crazy, doesn’t it? I’ll admit that it even sounds crazy to me. I’m also the first to admit that we’re not quite at that level yet. However, we are rapidly closing in on this scenario, or at least one that is very similar.

A few years ago, there was a television commercial where a repairman showed up at the front door telling the home owner, “I’m here to fix the refrigerator.”

The home owner, surprised to see the repairman said, “My refrigerator isn’t broken.”

To which the repairman replies, “Not yet.”

At the time it was launched, this commercial seemed like a “pie in the sky” concept, but now these types of products and situations are becoming a commercial reality.

We’ve already seen the appearance of some Internet connected appliances for consumer use, such as refrigerators and washing machines. There are a few similarly connected devices becoming available for dentistry. Needless to say, I’m excited about these possibilities and I was even more excited when we recently had one such device installed in our office.

Sterilization: Not sexy, but essential

When I opened my new office in 2008, one of the changes we knew we had to make was to increase our capacity in sterilization. In addition to increasing the number of operatories with the new facility, we also brought in a second doctor with an existing patient base. That meant the new office needed to support two doctors and three dental hygienists. The new situation required increased capacity, but also increased efficiency since there would be a constant inflow of instruments.

Of course, there would also be a few instruments that might need to be back in circulation faster than others. We all have a few instruments in our armamentarium where, either due to expense or frequency of use, aren’t stocked with a large number of extras in inventory. Due to that, there are times when those instruments might be needed in back-to-back procedures. For that reason (and others) we decided what we needed was a way to rapidly sterilize some of our instruments for quick turnaround. To do that, we turned to SciCan and purchased one of the company’s Statim autoclaves.

If you aren’t familiar with the concept of the Statim line, the devices use a proprietary positive pressure pulse displacement technology that uses saturated steam. This sterilization process can deliver sterilized unwrapped instruments in as little as 6 minutes. And, since it is simply steam, the process is as gentle on instruments as conventional steam sterilization procedures.

Now, SciCan has made a leap forward by adding a new twist/function to the concept of fast turnaround sterilization.

Statim introduced the G4 line, featuring Internet connectivity. This means that the device can be in contact with you and others that you deem appropriate. The Statim G4 can make contact with your dealer of choice and can send your preferred repair department information regarding sterilization cycle errors. This means that repair personnel are aware of problems at the same time you are...or perhaps before!

By being aware of problems with the equipment the moment they happen, the service tech can know what the problem is and stands a much greater chance of fixing the problem onsite. This translates to better uptime and less working with a loaner since the office unit might not need to leave the premises for repairs.

While testing the Statim 5000 G4 in my office, we stopped a cycle manually and within seconds received a phone call wanting to know what had gone wrong. Amazing!

The system also communicates with its networked portal in real-time so you can view your unit’s current operations as they happen, from any computer with an Internet connection. The device also gives you access to cycle history, validation information, and sterilization records.

All of the cycle information is stored in the unit and can be copied to a jump drive via a USB port in the front of the autoclave. This means that the doctor can keep a record of all cycles and store it on any computer they wish.

The G4 devices can connect to the network via an Ethernet network cable or can be equipped with a wireless adapter that will allow the unit to connect to an office’s wireless network. When we built the new office, I put Ethernet connections everywhere, even in the sterilization area. I had no idea why at the time, but now I’m glad I did.

Get ready for better and smarter devices as the concept of Internet connected equipment gains traction. I’m envisioning a time when compressors, vacuum systems, and who knows what else can be fixed before a problem even occurs. Imagine a time in the future when downtime is scheduled instead of being dropped into your busy office. That day is coming and it may be closer than you think. 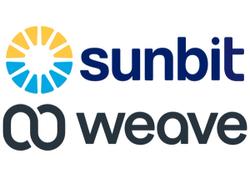