Sirona Dental Systems launched last Thursday its new CEREC Omnicam intraoral camera at the CEREC 27.5 Anniversary Celebration. Dr. James Klim, a CEREC instructor and beta tester who has used the unit for several months, said the camera indeed provides superior access to all areas of the oral cavity and provides a user experience that makes it much easier and less time consuming to achieve high quality captures. The camera’s ability to achieve excellent results without the use of powder also speeds the workflow in creating CAD/CAM restorations.

“If you can use an intraoral camera, then you can get excellent results with this system,” Klim said.

“I really believe we’re witnessing history here. This is the type of technology that will create the future of dentistry.”

Dr. Klim was also a presenter at the event.

The camera, which provides full-color, 3D-image capture and does not require powder, marks a major leap forward for Sirona technology, not just as a digital impression tool, but in terms of overall diagnosis and patient education, said Dr. James Klim, who was a beta tester on the new device.

"Because of the 3D color streaming, what you see in the mouth is what you will see on the screen. It scans all of the material in the mouth: amalgam, gold, soft tissue, so it is a complete diagnostic tool as well."

Dr. Sameer Puri, speaking at the event shortly after the CEREC Omnicam's unveiling, said, "I am simply blown away by this camera.

“This camera just blows me away,” said Dr. Sameer Puri, CEREC instructor and cofounder of CERECdoctors.com.

“While you’re capturing your impression, you can also be pointing out other issues to the patient. If a picture says a thousand words, then video says a million words,” Puri said.

Those in attendance appeared equally impressed. Dentists, who lined up three- and four-deep to try one of the dozens of units on display following the announcement, said they were impressed by the camera’s image quality and ease of use.

The CEREC Omnicam is smaller than CEREC’s previous units and features a small, rounded camera tube designed to provide easy rotation of the camera in the intraoral space. The camera captures images in photorealistic 2D and 3D.

The camera also features automatic anti-shake technology that impressed doctors who tried the camera at the event.

Listen to Dr. Sameer Puri's comments on the new Omnicam: 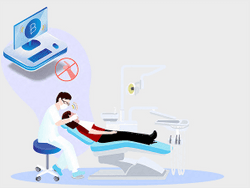 Mastermind - Episode 6 - What Does it Mean to be Cutting-Edge? 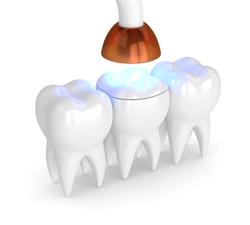 Advances in Curing Light Technology Over the Years