Act on these tax savings available for a limited time

So, it’s another presidential election year. The rhetoric is filling the airwaves and the subjects most discussed are deficit and taxes. The Democrats want to let part of the Bush tax cuts expire and return to a 39% tax rate for earnings over $250,000 and the Republicans want to extend the Bush tax cuts for everyone.

So, it’s another presidential election year. The rhetoric is filling the airwaves and the subjects most discussed are deficit and taxes. The Democrats want to let part of the Bush tax cuts expire and return to a 39% tax rate for earnings over $250,000 and the Republicans want to extend the Bush tax cuts for everyone.

Most economists acknowledge that spending is too high, but cutting spending alone will not reduce the deficit, suggesting that some additional tax dollars must be raised.

So here we are with an impending election and rhetoric flying from the left and the right. Congress may still step in, but we can only look at the cards that are currently on the table and try to make decisions accordingly. With the Bush tax cuts ready to expire on January 1, 2013, there is no better time than now to consider some potential tax planning before it’s too late.

In this current scenario, for the Bush tax cuts to expire for those earning more than $250,000 per year, certain actions could be taken this year to mitigate the additional taxes many dentists may owe. If your income for 2013 is expected to be above $250,000, you will be paying the old tax rate of 39% on all income over the $250,000 threshold. Discussing your options with a certified financial planner or CPA could save you significant additional taxes.

What else can you do?

Related: Transitions through earn out provisions Cost Segregation Depreciation
Anyone having built or remodeled an office since 1997 could qualify for accelerated depreciation for certain building costs. In HCA v IRS, the court ruled that certain leasehold improvements specifically related to your profession can be depreciated over 5-7 years (instead of the normal 39½ years). Qualified leasehold improvements for a dental office would include plumbing (including nitrous or oxygen), special electrical or computer wiring into treatment rooms, special structural support (re-enforced for lighting and radiography), tile flooring, lead shielding, and more. To qualify for this tax provision, a “Cost  Segregation Study” must be made by a qualified person or firm, itemizing the specific costs to be depreciated.

3.8% Medicare Tax
In this, we have not yet discussed the additional 3.8% Medicare tax on capital gains that was imposed by the healthcare reform legislation enacted in 2010. As of now, on January 1, 2013, an additional 3.8% Medicare tax is scheduled to be assessed on net investment income, including capital gains and investment income taxes. This increase will apply to single taxpayers with income over $200,000 and married taxpayers with a joint income over $250,000. Utilizing the same example as in the Capital Gains section, the $675,000 allocated to goodwill will cost you over $25,000 in additional taxes than without this provision. This 3.8% tax is independent of the extension of the previous tax cuts so even if they are extended, plan to pay an additional nearly four percent in taxes on capital gain / investment income (again, in this example, $25,000+).

These are just a few of the options you may have available to you in order to keep your tax bill in check. We are not offering tax advice, but merely pointing out some of the areas where tax savings might be realized. We highly recommend contacting your accountant and/or your financial planner to discuss all of the available options for maximizing your personal and professional financial positioning before the end of 2012 and beginning of 2013. Not only could you position yourself to save money now, and in the future, but the process of planning may shed light on even more and possibly better opportunities to save.

?Hy Smith is the founder of Professional Transitions, Inc and a thirty-five year plus veteran of practice transitions. Professional Transitions is a full-service firm providing comprehensive transition services for dentists from graduation to retirement. Its central focus is to assist clients in realizing lifetime personal, professional and financial goals in win-win-win-win (seller-buyer-staff-patient) structured transitions.  Hy, a resident of Naples, Florida for twenty years, now owns a home in Sarasota, Florida as well as southern Oregon. He received his MBA from the University of Utah. Hy has been consulting and brokering practices since 1974. He has presented many courses on practice management and practice transitions. He is a former president of ADS (formerly American Dental Sales), the director for Exit and Transition Strategy for the Pride Institute and the author of the Dental Practice Transitions Handbook.  Hy can be reached at hy@professionaltransitions.com or by calling 888.229.5764. 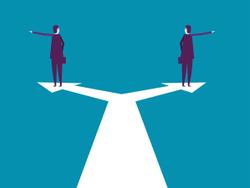