Adding a new material to a dental laboratory can bring major changes to the business. Workflows and equipment might need to be adjusted, and demand for the new product is essential. But when everything comes together, the transition can lead to a more efficient operation producing higher quality restorations.

Adding a new material to a dental laboratory can bring major changes to the business. Workflows and equipment might need to be adjusted, and demand for the new product is essential. But when everything comes together, the transition can lead to a more efficient operation producing higher quality restorations.

This is certainly the case at Creative Arts Dental Lab in Tallahassee, Fla., where in the year since the lab began offering restorations made from Ivoclar Vivadent’s IPS e.max Press, demand has boomed, and owner Philip Munoz said his business has reached new levels of efficiency and quality.

His 3-person business could be called a boutique lab, as it works closely with just a handful of dental practices with a focus on crown and bridge cases along with implants. Munoz, who has worked in dental labs since 1973, said his approach always has been to run an efficient business with top notch customer service and high quality products.

“We work real close with our clients,” he said. “I’ve never wanted to be big. My philosophy has always been to be a smaller lab and concentrate on giving them high quality.”

Giving it a try
It was that strong relationship that helped the IPS e.max restorations take off for Munoz and Creative Arts. Knowing that he’s a trusted advisor for the small group of dentists with whom he works meant he was in a position to bring them something new and convince them to try it.

But first he had to be convinced it would work for his lab. Like many technicians who have been around for a while Munoz has stories of products he’s adopted that have not stood the test of time, and he knows anything he recommends to his dentists has to be an improvement on what they’ve been getting from the lab.

Prior to adding IPS e.max to his product mix, Munoz had brought in a Zirkonzahn mill for zirconia crowns and had a good volume of his business coming as requests for PFM and PFZ restorations.

He’d been aware of IPS e.max, but it took a while before an Ivoclar sales rep convinced him to try the material first hand. It didn’t take long for him to see the potential of adding IPS e.max to his product mix.

Right: Lab workhorse: The Programat EP 5000 is almost constantly in use.

“I kind of said ‘Wow this is actually pretty simple.’ It was kind of an easy process,” he said. “I didn’t have any real problems. The (Ivoclar) salesperson I worked with was extremely helpful.”

Once he had an understanding of what he could do in terms of providing strong and esthetic crowns in an efficient workflow, Munoz was confident in bringing IPS e.max to his clients as a new option they should seriously consider. He approached them with stump shade and prep guides specific to the material, along with product research provided by Ivoclar.

“My doctors knew that I check stuff out before I try to spring it on them,” he said. “I told them just try one or two, and from there, it’s really taken off.”

The change
That actually might be an understatement. Munoz said the change was apparent in just a few months as his business shifted from zero IPS e.max to, “20%, and then 40%, then 50% and now I’m up to about 65 to 70% IPS e.max.”

“They pretty much took to it right away. Once they got the results and saw how beautiful they are in the mouth, it was pretty much a no brainer,” he said. “They just kept changing stuff from porcelain fused to gold to IPS e.max. It’s been pretty remarkable.”

Left: Before and After:?A completed case of IPS e.max crowns.

The impact on his lab has been significant as he’s adjusted the workflow to fit the new in-demand material. Munoz said the majority of the work he does is full-contour pressed restorations with just staining to finish the pressed material. For anterior cases he does cutbacks to allow for more esthetic layering effects in the material, but the overall impact is a streamlined workflow.

Munoz said the wax work is now more involved because he’s building full contour waxups, but the extra time on the front end is more than made up for by the fact that once the restorations are pressed there is no grinding, opaquing or, in most cases, stacking porcelain. It’s just wax, press, stain and off to the dentist where, “the results are phenomenal.”

Firing it up
The changed workflow has put his furnace front and center in the process and that led him to one other change to how his lab works. When he first began working with IPS e.max, Munoz had a Ney furnace he used for pressing with a cycle he dialed in based on settings suggested by his Ivoclar Vivadent sales rep.

The furnace did a decent job and he usually had only a minor reaction layer to removed from the pressed crowns. But as he saw the IPS e.max demand increase during his first six months working with the material, Munoz realized he needed a more efficient piece of equipment to handle the pressing. He decided to go with the option native to the material and added an Ivoclar Vivadent Programat EP 5000 to his lab.

This was the first piece of equipment he’d ever purchased from Ivoclar, but he’s been impressed by its ease of use, its versatility and its durability. Munoz said he just took it out of the box, plugged it in and got right to work with the standard, preprogrammed pressing cycles, which continue to serve him well.

He’d previously used a Jelenko furnace for his stain and glaze firing needs, but quickly realized the Programat furnace was ready to handle the entire production process. His older furnaces are currently unused back ups, because the Ivoclar Vivadent furnace is ready to handle the two firing cycles he tends to run every morning and the 8 or 9 stain and glaze cycles he runs while finishing restorations in the afternoons.

“I use it for everything,” Munoz said. “It’s pretty much working all day long. It’s a nice little workhorse. It just stays consistent all the way through.”

A different lab
Munoz has certainly noticed the difference in his lab with IPS e.max making up a majority of the work. A typical day involves waxing in the morning and then staining and glazing the pressed restorations in the afternoons. He’s pleased with the quality of the work, and both he and his clients have noticed the accuracy of the fits.

His clients have been even more open in communicating with him about shade, and this has led to better results for everyone. Cases are moving through his lab at a faster pace, which is producing some unexpected benefits for Munoz.

“The workflow works pretty good. I notice we probably finish quicker and have a bit more free time, which is something I never thought I’d have,” he said.

While he approached adding IPS e.max with a bit of caution, Munoz said he’s been very pleasantly surprised. While he has no plans to use the efficiencies he’s realized to push for new clients, he’s enjoying the work he’s doing and is very happy he adopted Ivoclar Vivadent’s IPS e.max Press system and the Programat EP 5000 furnace.

“They seem to have their act together with this stuff,” he said. “This is pretty much a problem free product, and the furnace is a great additional feature. I think combining the whole thing into the complete package has been great.” 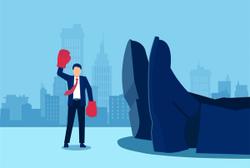 Casting a Shadow: How Small Labs Can Use Technology to Compete with the Big Guys 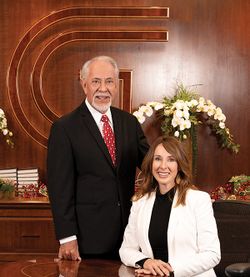 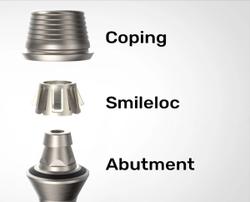