We may be headed toward a new mouthrinse protocol

Deep Dive: We may be headed toward a new mouthrinse protocol. With the renewed interest in pre-rinsing for dental procedures, chlorine dioxide deserves a closer look.

As dental offices across the country look at the steps to take to reopen after the COVID-19 pandemic, having patients pre-rinse has become a must. Pre-rinsing has been shown in many study findings to reduce microbes in the mouth before they become part of dental aerosols. A pre-rinse must kill not only bacteria, but also viruses and fungi. One of the few compounds that can safely accomplish this is activated chlorine dioxide, available from OraCare.

Activated Chlorine Dioxide
Though newer to dentistry, activated chlorine dioxide has been used for disinfection in other industries for nearly 200 years. An important characteristic of this chemical compound is its versatility as a disinfectant, suitable for textile, medicinal, wastewater treatment, public health, food safety, personal hygiene, and household uses. It has even been used against anthrax because it is effective against spore-forming bacteria.1

Chlorine dioxide is a gas and a strong oxidizer. “It effectively kills pathogenic microorganisms such as fungi, bacteria, and viruses. It also prevents and removes biofilm,” according to the website of Lenntech, a water treatment solutions company in The Netherlands. The gas can be potent enough to sterilize medical instruments but mild enough to be used intraorally to fight germs. Chlorine dioxide can be activated in small or large quantities and at varying strengths.

A key point is that “high oxidation potential” means that a chemical reacts with more substances as the power increases. The oxidation power of chlorine dioxide is high, but low enough to prevent it from reacting with cells in a detrimental way.3 As an oxidizer, chlorine dioxide is very selective, so it has a high therapeutic index. In contrast, ozone and peroxide are less discriminating in what they break down.

Another quality of chlorine dioxide is that less is needed to disinfect a given volume of water or saliva than required with some higher-power oxidants (ozone and peroxide). A molecule such as ozone will react with many other contents of saliva and be used up before it has a chance to react with the pathogen. This is why in many instances, including water treatment, chlorine dioxide is preferred over higher-power ozone.

At minimum, chlorine dioxide is as effective a bactericide as chlorine, but in many cases it is superior. Specifically, it excels in its role as a virucide.

Continue reading on next page

The U.S. military has even used chlorine dioxide to sterilize medical equipment and electronic items to treat patients on the front lines of the war on Ebola in West Africa. It has also shown historical use and effectiveness against the influenza A virus.

Chlorine Dioxide and Dentistry
Chlorine dioxide is having greater application in dentistry. It is used not only as an alternative to chlorhexidine, but also for implants, periodontal disease, bad breath, dry mouth, pre-rinsing, post-op, and more. Its ability to kill bacteria as effectively as chlorhexidine,2 without side effects, and additional benefits has brought dental professionals to a new level.

Activated chlorine dioxide meets all the profession’s needs and can provide protection daily in the office as a pre-rinse, especially with the raised concern regarding viruses. Activated chlorine dioxide can be found in OraCare products and is used in combination with xylitol. OraCare Health Rinse is exclusively sold in dental offices. Patients who have used OraCare have seen results such as the following cases: (see Figures 2-5).

Dentistry has changed since 1954; so should the rinse being used. Because pre-rinsing has proved in many studies to reduce oral microbes before they become part of dental aerosols, it is important to consider using this new type of pre-procedural rinse. For more information, visit OraCareProducts.com or call 855-255-6722.

18. “The Advantages and Disadvantages of Chlorhexidine Mouthwash.” Healthline. 1 Feb. 2020, https://www.healthline.com/health/chlorhexidine-mouthwash#side-effects. 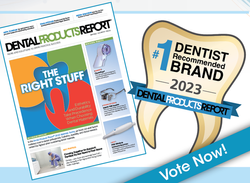 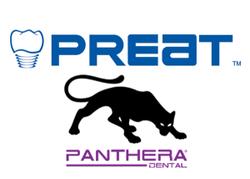 Preat to Work Together with Panthera Dental for Dental Implant Bars