A New York man was left gnashing his teeth in frustration last week when he lost a malpractice judgment against a local dentist on appeal.

A New York man was left gnashing his teeth in frustration last week when he lost a malpractice judgment against a local dentist on appeal.

Last week, a New York State Appellate Division Panel reversed a 2012 New York Supreme Court decision that awarded $430K to Don Liyange for past and future pain and suffering caused by a dental burr he allegedly aspirated during a procedure in 2007. The burr subsequently became lodged in his lung. Dr. Laura Amann, the dentist who performed the procedure, denied the incident occurred in her practice and filed an appeal.

Court documents state that during the procedure, Liyange “overheard an exchange between [Amann] and her assistant about an instrument needing to be replaced because it had broken,” but was not aware he had inhaled the drill bit. He said that the instrument was then replaced, and the dentist resumed working on him – until he felt something stuck in his throat and could not breathe. Liyange testified that Dr. Amann then “punched him on the back and whatever it was became dislodged.”

In January 2008, he began suffering chest pain, went to the hospital, where a chest X-ray revealed an inch-long metallic object in his lung. Subsequent CT scans showed that the object “appear[ed] to be a medical device.”

“The defendant had negligently broken the instrument she was using, causing its metal tip … to fall into his mouth, as a result of which he aspirated the burr into his left lung,” according to court documents. “The jury [in 2012] found that … the defendant departed from accepted dental practice resulting in that piece going into the plaintiff’s lung, and also departed by failing to monitor or diagnose the plaintiff’s condition or advice him.”

The appeal did not contend the presence of the burr, or the “departure from accepted dental practice,” but instead claimed that it could not be proven that the burr had broken off during a procedure performed by Dr. Amann, and not during prior appointments with a different dentist. Court documents state that “The sole issue is whether the departure occurred while the defendant was treating the plaintiff, or whether the departure occurred while the plaintiff’s previous dental provider … was treating him.”

Ultimately, the Appellate panel ruled that there was no conclusive evidence that the burr had been inhaled in Dr. Amann’s practice.

When asked about the decision, Liyange told the New York Post. “I’m shocked. [The drill bit] is close to my heart. It’s not something you can take out easily.” 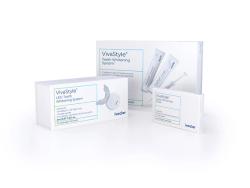