A look at some materials used to replace missing teeth from the times before organized dentistry.

The evidence of humans replacing damaged and missing teeth goes back centuries. Based on the archeological and anthropological records, it appears these restorations were undertaken for both functional and esthetic reasons. Although dentistry was likely quite painful for patients back then, especially in the earliest days before the dawn of the concept of anesthesia, some of these ancient techniques and the materials used can be easily connected to modern dental restorations. Gold, for example, is among the earliest materials used to fix and replace damaged teeth.

Although the use of gold is less common than it was in the mid-20th century, gold is still a part of the dental industry today. However, other materials have been left to the pages of history books, and this was a smart move, as some of these indirect dental restoration choices sound far less than optimal. Here’s a look at a quintet of abandoned restorative materials from throughout history.

Animals come in a variety of shapes and sizes, and so do their teeth. Animal teeth were used in many ways for dental restorations. Some evidence shows that animal teeth were used as direct replacements for missing teeth in humans. More commonly, the large teeth of animals, such as the hippopotamus, were carved to create sets of dentures that were likely not very comfortable but durable enough for long-term use.

Bamboo and other wood types

Wood is plentiful. It’s durable, and it’s fairly easy to shape. For this reason, it shouldn’t be too surprising that wood, specifically bamboo, has been used for dental purposes dating as far back as 4000 years ago. Human remains were found with carved bamboo pegs pounded into the jaw, creating an effective but likely extremely painful replacement for a missing tooth.

Used both for decorative and potentially functional purposes, stones as dental restorations date back more than a millennium, with evidence that the Mayan civilization would drill holes in teeth and fill them with precious stones. But stones have also been used to replace missing teeth, with some archeological evidence showing that rocks had been specifically carved to fit in place of a missing dentition.

Although the esthetics and functionality of seashells as dental restorations remain something of a mystery, the archeological record does demonstrate this material might have been one of the more successful attempts at replacing a missing tooth. Once again, the Mayans are behind this dental innovation. In 1931, investigators discovered remains dating back to the seventh century, when seashells had replaced several missing teeth. Most significantly, evidence of bone growth around the shells indicates these restorations were placed while the patient was alive. This is ome of the earliest known evidence of osseointegration.

Much like with animal teeth, this option seems pretty straightforward. Someone is missing a tooth, and the dead person isn’t using it anymore. However, implanting a cadaver tooth in place of a missing tooth can lead to infection, rejection, and a range of other complications, and this doesn’t even account for the fact that many of the teeth sold to dentists were sourced from unwitting donors by grave robbers. As gruesome as the practice of using cadaver teeth must have been, it still doesn’t compare with the brutal practice of slave owners replacing their teeth with dentition taken from living slaves. 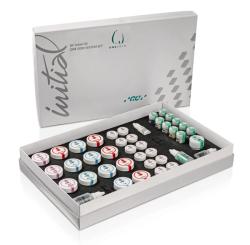 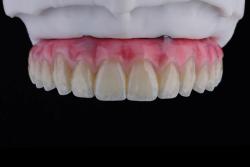 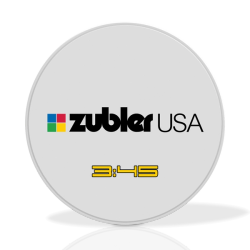