Using publicly reported data from a range of sources, we've identified the best locations for dental hygienists to live and work, as well as some of the most challenging locales.

In the next eight years, the US Bureau of Labor Statistics (BLS) forecasts an 11 percent growth in industry demand for dental hygienists.This is great news, not only for those in the field, but also for those who may want a change of scenery; a new place to call home. With so much opportunity, we took a look at the top 10 (and bottom five) cities for dental hygienist in the United States.

Identifying the best cities is, of course, somewhat of a subjective matter. The most important factor for one person may be least important for another. As such, we had to look add a number of variables that would be widely appealing.

We started by looking at the BLS’s data, which gave us the top-earning cities in America – BLS reported data for 511 cities and communities in 2019. However, there is more to life than making money (hygienists earned an average of $76,220 in 2019). That’s when we started adding such factors as overall economy, public safety and so forth. Our complete list of metrics is:

Included, where available, is information about the total number in that profession for the community. Nationwide, there were 219,800 hygienists. We could not, however, include that as a metric by which to compare, because complete data for all the cities was not available.

In addition to BLS, we refined our rankings from personal finance website Wallethub.com, U.S. News & World Reports’s Healthiest Communities study, and data from Worldpopulationreview.com for longest life expectancy, by state. We ranked each metric on a scale of 1 to 10, compiled them, and then honed the list from there. Whoever got the lowest score earned the highest position on the list.

The 60 dental hygienists who live and work in Fairbanks, Alaska earn a respectable salary – $111,830 per year. However, the area’s low levels of education, economy, public safety, and stress all contribute to its number 10 position on our list.

Back in California, the 340 hygienists in the Santa Cruz-Watsonville area have the lowest salary of the top 10 – $100,020 per year. While they do enjoy reasonably high scores for oral health and education, stress levels and community health contribute to their number nine position on the list.

Our number eight entry shows that the list is more than just salary. The Alaska nonmetropolitan area (which includes the bulk of state, excluding the Anchorage and Fairbanks areas) enjoys the second highest wage on the list – $122,850 per year. They also enjoy a fairly high ranking for public safety, oral health, and life expectancy. However, economy and stress are toward the end of the list, and their education level is last

We finally leave the State of California for the number seven entry – the Hawaii/Kauai nonmetropolitan area. While the area does enjoy first place rankings for stress, life expectancy, and oral health (which is a testament to the area hygienists’ skills and professionalism), some of the metrics that pull them into the bottom of the list include an annual salary of $110,300 and a last place ranking for the economy.

As we enter the bottom half of the list, we start seeing more rankings solidly toward the bottom of their respective lists. In the case of the Vallejo-Fairfield region of California, an overall salary of $112,700 per year puts them in the middle of the pack. However, education and public safety are in the number eight position. Their number two rankings for community health, oral health, and life expectancy help buoy their overall score.

The 1,880 hygienists in this area enjoy a respectable salary ($120,420 per year). While public safety and stress rankings are in the middle of the pack, their oral health and life expectancy scores are impressive. However, factors including education and economy cement it at the number five position.

With, by far and away, the greatest number of hygienists on our list, those living and working in the San Francisco-Oakland-Hayward, California area enjoy the best education and economy. Unfortunately, coming in at number nine on the public safety list and dead last for overall community health, contributes to their position at number four.

About an hour east of the number two entry is Napa, California. While several of their metrics are toward the bottom of their respective lists (including the number eight ranking for salary and the number seven ranking for community health), other factors – including economy, public safety, oral health, and life expectancy – help pull their ranking to the number three position.

About six hours south of the number one ranked location for hygienists is the number two community, Santa Rosa, California. While the annual salary ($113,390) is in the middle of the pack – and it gets a low ranking for community health – its other high rankings (including its number one position for public safety) propel it higher up the list.

Hygienists in the Santa Maria-Santa Barbara area enjoy a really nice quality of life. In addition to having the highest annual wage in the country ($140,150 per year), they also have the best community health in the nation. On top of that, such a metrics as stress and life expectancy help contribute to that number one ranking.

After reading any sort of top 10 list, the natural question is, “If those are the best cities, then what are the WORST cities?” So, we looked at the nation’s bottom earners to rank those communities.

The 130 dental hygienists in the southeast Alabama nonmetropolitan area (comprised of nine counties, including Barbour, Covington, and Pike) likely have a hard time making ends meet, not only because of the area’s poor economic ranking, but also because they earn the least of anyone in the country – about three-and-a-half times less than hygienists in the highest earning community. Happily, their stress levels, oral health, and life expectancy are better than others in the bottom five.

Comprised of six counties, including Cullman, Lamar, and Winston, the 120 hygienists here earn an average of $42,930 a year. While they do enjoy somewhat high rankings for education, stress, oral health, and life expectancy, overall community health and public safety are at the bottom of the rankings.

The top 10 cities and areas seemed to be dominated by California. Alabama has the dubious honor of dominating the bottom five cities and areas. Encompassing 12 counties, including Choctaw, Marengo, and Wilcox, the 120 hygienists here have the second highest annual wage of the bottom five communities ($43,710 per year). And while they do have some higher rankings, including community health, oral health, and life expectancy, the economy is low and their education ranking is dead last.

A view of Hatfield Hall and the adjacent Flame of the Millennium statue at Rose-Hulman Institute of Technology, Terre Haute, Indiana. Yipdw~commonswiki / WIKIMEDIA COMMONS

Dental hygienists in Terre Haute, Indiana have the best public safety, stress, life expectancy, and oral health of anyone on this list. However, their annual salary is $42,670 per year is mostly responsible for their position at number two.

The stark differences between our two lists is immediately evident – the 210 dental hygienists who live and work in the Daphne-Fairhope-Foley, Alabama area earn two-and-a-half times less than the hygienists in Fairbanks, Alaska. However, of the communities in the bottom five, they do enjoy the best annual salary, community health, education, and economy. 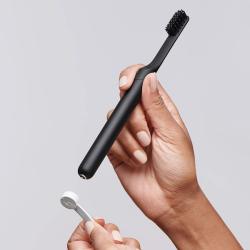