Stuck on you: The history of dental adhesives

How the dental adhesives we know and love evolved from early discoveries that changed the way we practice restorative dentistry.

The history of dental adhesives quietly began with a scientist from Switzerland. In 1949, Oskar Hagger, a Swiss chemist for DeTrey/Amalgamated Dental Company, developed the first system of bonding acrylic resin to dentin. His Cavity Seal material, in conjunction with a chemical curing resin called Sevitron, debuted in 1951, and used dentin (rather than enamel) as the initial substrate for bonding.

However, this discovery had little practical application until the mid-1950s, when the evolution of dental adhesives took off. These early first-generation discoveries paved the road for amazing advancements, from the no-etch and total etch systems of fourth and fifth generation dental adhesives, to the sixth, seventh and eighth generations of self-etch systems.

But just how far have we come? Let’s explore the winding path to modern dental adhesives.

In 1955, Michael Buonocore, DMD, MS, proposed the acid-etch technique for bonding. Having identified that a major problem of filling materials was a lack of adhesion to tooth structure, he set out how to increase bond strength

“In our attempts to obtain bonding between filling materials and the tooth structure, several possibilities are being explored,” Dr. Buonocore wrote in his groundbreaking paper. “One of these is the alteration of the tooth surface by chemical treatment to produce a new surface to which present materials might adhere.”1

His research demonstrated that resin that contained glycerophosphoric acid dimethacrylate (NPG-GMA) could bond to acid-etched dentin, which improved adhesion to enamel.

Despite the revolutionary development in esthetic dentistry, this first stab at bonding wasn’t very successful: Low bond strength (in the 1-3 MPa range) led to poor clinical results. Additionally, immersion in water and exposure to moisture would greater weaken the bond, making it largely impractical for use in the mouth. However, the stage was set for dental adhesive development.

The second generation of bonding systems set out to improve upon the coupling agents that had been developed in the first generation. This generation added polymerizable phosphates to bis-GMA resins to promote bonding, creating an ionic bond to calcium in the tooth.2

Despite advancements in couple agents and a slightly increased bond strength of 4 to 6 MPa, the ionic bonds would still rapidly degrade when exposed to moisture, often resulting in debonding or microleakage.

Additionally, the removal of the smear layer, which is a layer of organic and inorganic material on the tooth surface produced during cavity prep, was overlooked and led to unreliable bond strength. It wasn’t until later in the decade when David Eick, Phd, MS, identified the smear layer using an electron microprobe with a scanning electron microscope attachment that clinicians became aware of its existence and the effect it may be having on bond strength.3

Due to these challenges, this generation of bonding agents is no longer used, but it spurred the development of third-generation materials that focused on adjusting approaches to address the smear layer.

After Dr. Eick’s discovery, removing or modifying the smear layer became a priority for the third generation of dental adhesives. These new bonding systems introduced the process of acid etching of the dentin, in an attempt to partially remove or disrupt the smear layer.

The goal of acid etching was to open the dentin tubules so that smear layer particles could be more effectively removed. After the acid was rinsed off, a primer could be applied. Then, an unfilled resin was placed on both the enamel and dentin. While this method created a stronger bond of 12 to 15 MPa, it was a controversial approach, as many clinicians felt that dentin shouldn’t be etched.

In the end, most unfilled resins failed to penetrate the smear layer efficiently, resulting in many of the same issues suffered by prior generations.4

You had to work hard to achieve this success, however. Although they were effective when implemented correctly, the bonding systems were incredibly complex and required multiple steps. Clinicians needed to have perfect technique while performing controlled etching on enamel and dentin, and there was plenty of room for error throughout the numerous application steps and use of multiple bottles.

Despite the technique complications, fourth-generation materials are still considered the gold standard in bonding against which newer generations are judged. Boasting excellent clinical track records, fourth-generation systems, such as All-Bond 3 (BISCO), OptiBond Dual Cure (Kerr Dental) and ClearFil Liner Bond (Kuraray), featured unprecedented bond strength and reliability. This class of bonding agents also remains one of the most versatile, since they can be used for a variety of bonding protocols including self-, light- and dual-cure, as well as indirect and direct.

With effective systems identified, the work is now in simplifying the process.

Simplification was the name of the game for the fifth-generation total-etch bonding systems. Although the fourth-generation materials were effective, the process was lengthy and cumbersome, eating up valuable clinical time and leaving plenty of room for error. In addition, post-operative sensitivity had become an increasing issue with fourth-generation systems, as well as collagen collapse of demineralized dentin.

Enter the one-bottle system. Products such as One-Step (BISCO), Admira Bond (VOCO) and OptiBond Solo Plus (Kerr Dental) combined adhesive and primer into one solution. These could be applied to the dentin and enamel at the same time with 35 to 37 percent phosphoric acid for just 15 to 20 seconds, eliminating the numerous applications and waiting periods of the previous generation.

In addition to being much simpler than previous processes, the one-step system didn’t weaken bond strength; it was similar to the fourth-generation ratings of about 25 MPa. However, with the simplicity and bond strength of the new materials came some shortcomings that hadn’t been seen in the prior generation: The new adhesives were more susceptible to water degradation because the primer in the one-bottle systems were hydrophilic. (In fourth-generation systems, the primer was covered by a hydrophobic resin which protected it from moisture.2) Additionally, due to the nature of the one-bottle system, not all of the fifth-generation adhesives could be used with dual- or self-cured materials, making them less versatile.

Drawbacks aside, the advent of one-bottle systems was well-accepted by the dental community, as it was also financially profitable for clinicians. Chair time was greatly reduced, meaning more patients could be seen, and only one product needed to be stocked, instead of numerous adhesives and primers. Successful bonding was getting easier by the day.

The advent of the self-etching primers occurred during the late 1990s, and was a game changer in dental adhesive technology. Sixth-generation systems were designed to eliminate the etching step, and require no etching on the dentin preparation surfaces. Instead, a pre-mixed etch-primer is applied to the tooth, followed by and adhesive application and light curing.

A timeline of dental adhesives. Image via the NIH.

Sixth-generation adhesive systems did return to a multiple-bottle system and require two products: an etch-primer and adhesive. However, for many clinicians the addition of a second bottle proved simpler because it eliminated the etching step required with fourth- and fifth-generation adhesives. Manufacturers aimed to make the mixing step easier by creating cartridges that combined the unmixed portions of the self-etch primer and adhesive in perfect ratio. For example, ACE All-Bond SE (BISCO), a sixth-generation type II adhesive, automatically combines the two materials when the clinician pushes on the cartridge dispenser, and also subsequently turns pink to show when the mixture is ready to use.

One-bottle and self-etch systems were both incredibly significant developments, and the seventh generation took it further by combining the two. This great simplification included all the ingredients required for bonding - etch, primer and adhesive - in one bottle.

The simplicity of it was unprecedented, and it was an exciting development when the products first became available on the market - the promise of consistent bond strength while eliminating mixing errors was understandably attractive. And the manufacturers delivered on these promises; there wasn’t any mixing required and bond strength was unwavering. Although the system streamlined procedures, it did present several challenges.

One challenge was maintaining the stability of the solution. The ingredients in the adhesive systems are inherently acidic, and are prone to chemical breakdown and hydrolysis because they contain a large amount of water. This results in the adhesive system becoming unstable more quickly compared with past generations. Additionally, they are more hydrophilic than the two-step self-etch systems of the sixth generation and are more prone to moisture absorption.

The bonding challenges presented in sixth- and seventh-generation materials became big considerations in the development of the eighth generation, or universal adhesives. These one-bottle systems pair etching, priming and bonding into one solution like previous generations, but with an added focus on bond strength.

To increase bonding strength, researchers turned to the 10-MDP (methacryloyloxy-decyl-dihydrogen-phosphate) monomer. This monomer serves as the main adhesive in many of the universal bonding agents, as it is incredibly hydrophobic. Because a huge culprit in adhesive failure is water, a hydrophobic material is less susceptible to issues caused by moisture. This contrasts greatly with the hydrophilic seventh-generation adhesives.

Additionally, 10-MDP has the added bonus of bonding well to a wide (or “universal”) range of materials, including composites, glass ceramics and zirconia, making it incredibly versatile and providing much broader applications than seventh-generation systems.

For instance, products such as All-Bond Universal (BISCO) can be used as a primer and bond enhancer for the aforementioned, as well as with lithium disilicate, silica-based porcelain and alumina. In addition, universal adhesive systems such as All-Bond Universal can be used for both direct and indirect restorations, with either self-etch or total-etch protocols. It is also compatible with light-, self- or dual-cured composites.

The incredible versatility of these universal adhesives has provided clinicians with convenient solutions that don’t compromise on strength and efficiency. They are timesavers that, regardless of clinical procedure, ensure that only one type of adhesive is necessary. In addition, a recent study found that eighth-generation bonding agents had higher tensile bond strength than both sixth and seventh generations (over 30 MPa).7

Whether you are a fan of the more traditional fourth- or fifth-generation systems, or prefer the convenience of a universal adhesive, the development of new dental-adhesive products continues at a fevered pace. The industry can expect to see increased options offering higher bond strength, greater simplicity and fewer restorative failures than ever before. Here’s to the next generation: We look forward to the advancements it will bring. 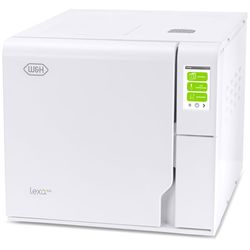