The world of prosthetic oral appliances has been totally transformed since the first acrylic denture base was invented by Heraeus’ forerunner about half-a-century ago. Today advanced surgical techniques and the latest materials, such as Heraeus’ Mondial i denture teeth, can rapidly restore a patient’s oral function and confidence. About the teeth

The world of prosthetic oral appliances has been totally transformed since the first acrylic denture base was invented by Heraeus’ forerunner about half-a-century ago. Today advanced surgical techniques and the latest materials, such as Heraeus’ Mondial i denture teeth, can rapidly restore a patient’s oral function and confidence.

Heraeus’ Mondial i denture teeth have very life-like shapes and natural interaction with both daylight and artificial light. Three-dimensional multi-layering produces a blended, translucent enamel appearance that is normally only found in natural teeth.

Mondial i denture teeth seem stronger and very durable. They can be adjusted, reshaped and characterized without adversely affecting esthetics. They also polish nicely.

For immediate ‘All-on-Four’ implant-supported dentures, Edinburgh Dental Specialists (EDS) now uses only PalaXpress ultra. The high performance cold-cure denture acrylic is recommended by Paulo Malo, who developed the technique to provide “teeth in a day.” The latest generation of Europe’s leading denture base system is strong, stable and durable, while remaining flexible. It has high fracture resistance, lasting color stability and certified biocompatibility. The main advantages are esthetics, stability and durability. The process is simpler and quicker than heat-curing. It can be completed while the patient is present, because it only takes 20 minutes to cure.

A 75-year-old male initially presented in 2006 with failing upper and lower arches (Fig. A). He suffered from gross periodontal problems in both arches, with only a few teeth remaining. The patient was aware that the surviving teeth couldn’t be saved. However, his goal was to avoid upper and lower complete dentures. Instead he wanted fixed restorations, which don’t have to be removed for cleaning.

Detailed clinical examination showed the patient had a low smile line. His remaining lower teeth and existing upper partial denture weren’t esthetically satisfactory. His upper arch had four teeth remaining, which all required removal because they were both restoratively and periodontally compromised. The lower arch had 9 remaining anterior teeth, which were similarly compromised. There was a lack of occlusal stability and greatly reduced functional ability.

The orthopantomogram showed significantly reduced posterior bone height in the upper arch. However, anteriorly, there was sufficient bone for implant placement between the first premolar spaces. In the lower arch, there was good bone height and width above the inferior alveolar nerve. There was no evidence of temporomandibular joint problems. Fixed and removable restorative options were presented to the patient who requested fixed prostheses for both upper and lower arches. The treatment plan comprised two phases, to restore the upper arch to completion followed by the lower arch.

01 During the first surgical appointment the four remaining teeth in the upper arch were removed and six Nobel Biocare Replace 16 mm length dental implants were placed. On completion of this procedure, the patient volunteered to remain edentulous for three days.

02 Meanwhile, impressions were taken and a provisional bridge was fabricated and secured on the anterior 4 implants (Fig. B). The bridge was made on site at EDS’ own laboratory.

03 Following a 4-month healing period, the posterior implants were exposed and the definitive restoration of the upper arch was carried out. This culminated in provision of a screw-retained titanium and resin hybrid bridge, using Heraeus Meliodent heat-cured denture base and Schottlander Enigma teeth. Further treatment was delayed for 5 years, owing to the patient’s health and financial concerns. Thereafter, the upper arch was regularly reviewed, and stability of the bone levels around the implants was confirmed.

04 During the first surgical appointment for treatment of the lower arch, all remaining teeth were removed and four dental implants were placed.

05 At the time of implant placement, working impressions were taken and a provisional bridge was fitted the following day. The provisional bridge was fabricated using Heraeus Mondial i denture teeth and the company’s new PalaXpress ultra (Figs. C, D, E, F and G), a cold curing denture base material with high impact features (Fig. H).

06 Follow-up appointments showed no deterioration or problems with the provisional bridgework (Fig. I). No distortion or movement was discovered with the PalaXpress ultra dentures. The acrylic is cured under pressure and at a low temperature of only 45ºC - 60°C. The resulting dentures are less likely to break because they are stronger and more resilient. The material is so strong there’s no need to add fiberglass or wire mesh strengthening. It has a translucency that gives a natural variety of shade usually only achieved using gum staining.

For this case, the definitive restoration of the lower arch was due to be done 3-to-4-months after initial placement. The treatment plan was similar to the upper arch, with a titanium and resin full arch bridge, with cantilevered posterior units to the second premolar. However, the patient is currently satisfied with the temporary bridge and has decided not to proceed with the definitive restoration.

Dr. Kevin A Lochhead, BDS (LOND) MFGDP (RCS Eng), is a specialist in prosthodontics with a Diploma in General Dental Practice. His special interests lie in complex reconstruction, dental implants and cosmetic dentistry. For more than 15 years, Dr. Lochhead has been running postgraduate courses and lecturing on dental implants, cosmetic and restorative dentistry.

Bruce Innes, RDT, manages the EDS prosthetics department, overseeing the fabrication of all resin and acrylic-based restorations. Bruce has had 15 years experience and postgraduate training. His restorations are generally imperceptible from natural teeth. 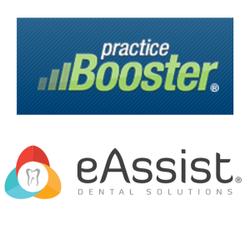 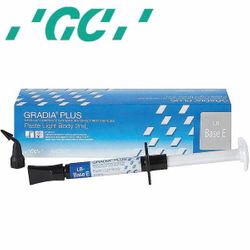