Improvements in ergonomics and flexibility have made this scanner a great chairside option.

Scanner technology has changed a lot in the past three years. Sigrid Smitt Goldman, CEO and chairman of 3DISC, says dentists who feel resistant to adding or replacing intraoral scanners to their practice should take another look with the Heron IOS. From changes in functionality to speed to comprehensive capability, Smitt Goldman says Heron IOS isn’t the same technology intraoral scanners used to be.

“Market research tells us dental professionals are looking for improvement in ergonomics. They are looking for increased training and reduced costs. That’s where we are sitting,” she says of the Heron IOS, which started shipping in the third quarter of 2018.

Smitt Goldman and the team at 3DISC undertook market research. Their analysis revealed one of the barriers to buying an intraoral scanner was that scanners on the market weren’t comfortable; they were often too heavy and clunky.

The Heron Intraoral Scanner (IOS) is an optical impression system. It produces three-dimensional models for dental restorations. Designed to rest in a dental professional’s hand, the scanner weighs 145 grams, lightweight when compared to other intraoral scanners on the market. It also has a built-in heater designed to prevent fogging. The rotatable tip twists 360 degrees and allows dental professionals to scan areas of the mouth that can feel awkward when scanning with heavier intraoral units.

“When you need to scan an upper, instead of turning the whole unit 180 degrees to where it’s no longer comfortable, we made it so you can rotate the tip instead. So, you can maintain your comfortable grip on a very lightweight scanner to get everything done,” Smitt Goldman says.

Another area of concern 3DISC addresses for dental professionals was cost, particularly ongoing expenses not part of the purchase price. Some agreements have fees for every time you use the scanner, for software upgrades or cloud storage.

“First, you have product acquisition, but then it’s ongoing with licensing costs, software update costs and things like that, which make the overall cost of ownership very high,” Smitt Goldman explains of other intraoral scanner purchase agreements. “We wanted to create a model where you buy the scanner at a reasonable price and then you don’t have to pay anything additional.”

3DISC also addressed the size of scanners on the market with the Heron IOS. Smitt Goldman says many scanners currently available look formidable.

“They don’t look it in pictures, but when you see them up close, they are large and a little scary for patients. We wanted to create something that could sit chairside and not be obtrusive that the patient is going to be comfortable with,” she explains.

More from the author: 10 ways to simplify pediatric dentistry

The improvements in ergonomics and flexibility don’t come at the cost of performance, Smitt Goldman says. The Heron IOS delivers a fast, precise and accurate scan. 3DISC is proud of their accuracy and precision numbers (25/18 microns, respectively). The team wanted a balance between getting the most precision and accuracy and a scanner that’s fast and robust.

“You don’t have to reach far and it doesn’t take 15 minutes to complete a scan. It’s a five-minute operation to do a full mouth,” Smitt Goldman says.

Smitt Goldman realizes that not all doctors are fans of intraoral scanners, but there are excellent arguments for intraoral scanners as a whole. First and foremost, you improve the patient experience by reducing the number of times you need to make traditional impressions.

“Whenever people ask me what I do, I say, ‘You know how when you go to the dentist, they give you a mass of goop to bite down and you kind of gag on it, and it’s kind of awful? Then they pull it off your teeth and then you wait three weeks for a crown? That’s what we are solving,’” Smitt Goldman says.

From a practical perspective, there are significant time savings with intraoral scanners, which can translate into more revenue for the practice. Dentists don’t have to make a plaster cast and then ship it to the lab when they scan. In addition, dental professionals can email intraoral scans, reducing the time it takes to get a crown back from the lab. Many times, the fit of the restoration improves as well, so a dentist doesn’t have to send a crown back and wait for another one to come.

Related article: 5 questions you need to ask before buying an intraoral scanner

“Those things for a dentist should be compelling,” Smitt Goldman says. “If you combine this technology with milling, you can do a one-day turnaround on certain restorations. It can be a practice builder to be able to offer that.”
Smitt Goldman says Heron IOS is easy to use with a little training.

“You can have assistants do these scans,” she says. “As a dentist, you do some preparations and rescan the active area and then you are on your way. Your chairside time has reduced significantly on a procedure that you are still able to charge the same or more for than you were before. So from a dentist’s perspective, the economics of this are good.”

Ten years ago, the medical imaging market was high-cost and hospital-focused.  There wasn’t much effort to bring it down to smaller practices. 3DISC responded with its FireCR Flash Reader, cutting 30-40 percent out of the price and providing a compact product that still had all the features of a hospital-level system. The FireCR Dental PSP System followed the same business model, and 3DISC did well with that also, providing a smaller unit for chairside use that maintained the performance larger units provided.

Now with Heron IOS, Smitt Goldman and the team at 3DISC are looking at a market on the uptake three to five years in. She estimates a 13 percent market penetration exists in that space. However, if 3DISC tweaks the ergonomics and trims down the cost to a price point appealing for the single-dentist operation, she says they could take intraoral scanners from 13 percent to mainstream adoption.

“That has been our approach always. We look for the problems to solve within a particular space, a particular niche,” Smitt Goldman explains. “Then, we try to solve the problems and make products available at a cost that people can be in the market with us.” 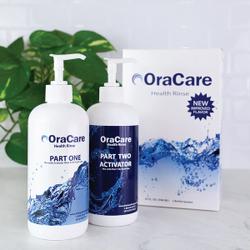 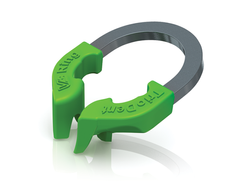 This Is the Shape of Things to Come