How the pandemic inspired a new generation of PPE for the dental industry.

Necessity, it is said, is the mother of invention. And if ever there was a time when new things were needed, it’s been the past year. Personal protective equipment (PPE) is already ubiquitous in healthcare settings and it’s nothing new for patients to see. However, because of SARS-CoV-2’s virulence, humble PPE has taken centerstage. First, supply and demand have led to shortages. But, this has been a time when those who have seen a need have risen to the challenge to fix it, themselves.

In the spring of 2020, dental practices were forced to limit their interaction with patients, only seeing emergency cases. Mindy Benjamini, DDS, a general dentist from Narberth, Pennsylvania, developed the PatientsShield during that downtime.

“That’s exactly what happened,” Dr Benjamini explains. “I had been working like everybody else, and then come February. We heard there was this virus across the ocean. And then, all of a sudden, there was a virus here. We heard it was spread by aerosols, and we think that it’s contagious from breathing in spray. I was terrified. My staff was terrified. How are you going to ever work in dentistry again?”

The result was the PatientsShield, a containment system – in conjunction with a vacuum system – that prevents bioaerosols and chemicals from splashing back and potentially exposing team members.

“In that 6 to 8 weeks that we were forced to be closed, I was able to see a few emergency patients, because I created some variation of the PatientsShield,” Dr Benjamini explains. “I actually did prototyping myself. I went to Lowe’s and Home Depot – they didn’t close – and we bought different barriers and sticks. And after about 10 weeks, I came to this model. It’s been tweaked a little bit, but the PatientsShield was able to give a barrier and capture that aerosol spray before it enters the ambient air, which is so different than any other PPE that we have. The PatientsShield stops and removes that spray before it goes into the air.”

Dr Benjamini is excited not only to see her product rolled out to dental practices, but also to dental schools.

“As a small little company that’s trying to spread it, we’re trying to get it into institutions like learning schools, dental schools, assisting schools,” she says. “And they’re really appreciating it, because they can see clearly how it works. It’s affordable and it’s protecting all their students. It’s a win-win situation, because they’re learning how to work with this new device. When they go into practice, they’re going to use it, because it’s something they’ve been trained on, and it just seems so natural and organic to them.”

She was able to get it approved and cleared by regulatory agencies because of the emergency approval process put in place by FDA.

“We did some independent testing from environmental agencies,” she says. “We had two different air quality tests, and those came out pretty positive. It fell under emergency use of barriers for FDA approval. And the funnel and the funnel cup that goes with it already exists on most dental chairs for the removal and suction of aerosol. I was just re-using it in a different way.”

The resulting product has been fulfilling for Dr Benjamini, because it not only affords heightened protection for team members, but dental professionals are seeing it earlier in their careers and it is already helping patients.

“I’m feeling so satisfied, especially with schools incorporating it,” she says. “They usually serve the underserved. And these people are now getting that protection, because it’s so affordable, which is amazing. We have received very positive feedback from our patients and new patents calling the office because of PateintsShield. They feel safe and protected and are able to get their dental treatment. They know that we care about their safety.”

If there is any item representative of the pandemic’s PPE shortage, it’s the N95 respirator. While a lack of respirators is certainly one issue, another seems to be the difficulty that some team members may experience when wearing it all day.

The ReadiMask is a strapless N95 respirator that adheres directly to the team member’s face.

The ultimate design, Schwind says, is an improvement over existing N95 technology.

“This is the only mask that actually seals,” he explains. “If it doesn’t have a seal, there are things getting out of it from you and there are things coming in from the outside environment, getting to you. It works both on the inhalation and the exhalation. So source control, which is very, very important, is taken care of. Everything is now being filtered.

“The other is comfort,” he continues. “This mask is extremely comfortable. If you look at N95s, you see a lot of them with a valve in the front of it. They have to put it there, because those things are so hot. They have to expel the air outside of it. You can’t use those in clinical settings, because there’s no source control. Ours fits right all the way across.”

That seal prevents glasses and other eyewear from fogging.

“If I have any leaks, I can feel it,” Schwind says. “If I leak, I would just go in and push on it and it seals the lip. Glasses go over the top and they don’t fog up, because it doesn’t leak. That’s the problem with respirators. They all leak. The dental community is particularly interested in glasses with loupes. So now I can put my loupes on and I can see perfectly fine with it, not fogging up.”

Another benefit, Schwind says, is that the healthcare professionals who have to wear respirators for hours on end avoid common pressure sores.

“There are no pressure points,” he says. “You have you seen many people with pressure sores on their face from masks after wearing them for periods of time, that’s because the pressure is not distributed evenly across the face.”

An N95 respirator only works if it has been properly fit-tested. The ReadiMask, says Schwind, is great in that regard.

“Everyone that wears our mask and puts it on right passes a fit test,” Schwind says. “And that’s very, very important on the clinical side, on the dental side, for infection control, because if you pass a fit test, it means that you have a very good seal with the mask.”

Global Safety First offers free ReadiMask samples and the cost is about $3 each.

Some innovators also realized inspiration in the pandemic, modifying existing devices with a new purpose. Such was the case with HoverShield.

HoverShield is an adaptation of Molar Media Mount, a device affixing to a dental chair and holding an iPad over the patient so they can watch videos during procedures. Because of the pandemic, Casey Culberson, DDS, a general dentist from Mill Creek, Washington, and inventor, modified the design to place a protective barrier between the clinician and the patient.

“I’m sitting on all this product, and then the COVID shut down happened,” Dr Culberson says. “People were just in this mad race to find face shields. I’ll give credit to an existing customer, because they emailed me and they said, ‘Hey, I’ve seen some other products that hooked to the chair. Is there a way that you could hang a shield from that arm? And the lucky part was I had a box full of extra parts and a little mounting plate that glues onto the shield. I just looked at it, put it on our website, and it just started selling.”

One of the attractions of HoverShield, Dr Culberson says, is that it provides protection without being intrusive.

“Face shields are nice because they protect you, but they’re really annoying to wear,” he says. “You can’t talk through them. They echo back. You have them on between patients when you’re walking around, you have to have it on.”

Because of its size and positioning, Dr Culberson says that it offers more protection than traditional face shields.

“It stops the spray much earlier,” he says. “It doesn’t tend to get all over your clothes and other places. I see other dentists with blood shot all over them, and water sprayed all over when it ricochets off someone’s tooth.

“Once you see all the stuff that hits your shield, you’re like, ‘Oh, that’s blood splatter and who knows what else,’” he continues. “Sometimes, you’ll be taking wisdom teeth, you use a drill, and they’ll spit up some blood or something, and it’s splattered all over the screen. You’re thinking, ‘Wow. I’m really glad that’s not on my face.’ You didn’t realize how many times you felt fluid on your face until it’s gone. It was just part of life before, and now it’s gone. Like my hygienists say, I would never go back. COVID or not, they don’t want to get sprayed with all that stuff.”

Unlike traditional face shields, HoverShield remains in the operatory. Team members needn’t wear it on their person, eliminating feelings of claustrophobia and having to port it around the practice.

“You don’t have to wear it,” Dr Culberson says. “You don’t have to wear it room-to-room. It’s already in the room, hanging there, so you don’t have to flip it up and flip it down and walk around with it on in your office. If you get stuff on your face shield, you’ve got to stop between rooms and wipe it off. If you have on a face shield and you’re going to do a hygiene check in another room and you have stuff on it, you have to stop and clean it off so you don’t walk into the next room with it all dirty. This one stays in that room.”

The pandemic has caused greater focus on PPE, both in its function, and sometimes its scarcity, but innovation is emerging to reach those needs and will likely remain to further protect team members. 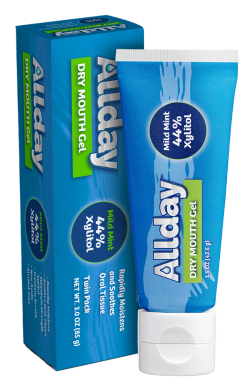 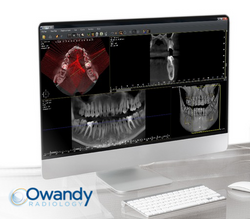