How to detect caries around amalgam restorations

How the Canary System helps solves a common clinical challenge by detecting caries around the margins of amalgam restorations.

The detection of secondary caries in its early stages is not easy.1  Using detection methods such as radiography, explorer, fluorescence caries detection aids and visual examination may not provide any relevant information. Discoloration next to the restoration or ditched amalgam margins is not necessarily predictive of secondary caries.2

In this clinical situation, the patient had been complaining of pain on the maxillary left side. Visually, the restorations appeared worn but the margins were intact (Fig. 1). A bitewing radiography did not reveal any radiolucency around the restorations on the teeth (Fig. 2).

Bitewing radiographs may not be the ideal for detecting enamel secondary caries,3, 4, 5 particularly if they are located on the occlusal or smooth surfaces. The restoration also masks the ability of radiographs to detect caries along the preparation walls.6 All of these factors create difficulties in determining the source of pain.

We were faced with a challenge. Do we watch and wait for further symptoms to develop? Do we remove the restoration to see if we can detect caries? Are there other caries-detection devices that can detect caries around the amalgam margins?

There are a number of caries detection devices on the market today, but they have limitations. The fluorescence-based devices such as SPECTRA, DIAGNODent and SOPRO are not detecting caries, but other components that glow or fluoresce at a particular wavelength. The literature indicates that: bacterial porphyrins (bacterial breakdown products), stain, tartar  and food debris all fluoresce under the wavelengths used in these devices, whether or not caries is present.7 8 9

A number of studies have concluded that measuring fluorescence is not suitable for detecting caries around restoration margins or beneath dental sealants due to false positive readings.10, 11, 12, 13 The CR Clinicians’ Report (March 2012) found that existing restorations interfered with readings.14  Fluorescence does not give any information about lesion size or depth, and does not penetrate beneath the tooth surface due to the scattering of light from stain, plaque, organic deposits and surface features such as pits and fissures.15, 16

The Canary System (Fig. 3) uses energy conversion technology (PTR-LUM) to image and examine the tooth. Pulses of laser light are aimed at the tooth, and the light is then converted to heat (Photothermal Radiometry or PTR) and light (luminescence or LUM), which are emitted from the tooth surface between pulses. These harmless pulses of laser light enable the clinician to examine sub-surface caries up to 5 mm below the surface.17, 18

Caries modify the thermal properties (PTR) and glow (LUM) of healthy teeth. As a lesion grows, there is a corresponding change in the signal. In effect, the heat confined to the region with crystalline disintegration (dental caries) increases the PTR and decreases the LUM. As remineralization progresses and enamel prisms start to reform their structure, the thermal and luminescence properties begin to revert towards those of healthy tooth structure.19, 20, 21

A study presented in July 2016 at the European Organization for Caries Research on detection of caries beneath intact amalgam margins found that Spectra data and images were inconclusive due to signal interference from the amalgam. Visual examination, as expected could not detect caries beneath an intact amalgam margin. DIAGNODent could not accurately detect caries around amalgam margins because of the signal or glow coming from the amalgam, microbial debris and stain. The Canary System had very high sensitivity (95 to 100 percent) and specificity (100 percent) in examining and detecting caries at various distance from margins of an amalgam. The study concluded that Canary System could detect secondary caries around amalgam restorations more accurately than visual exam, SPECTRA and DIAGNODent.24  Research has shown that the Canary System can detect caries around the margins of restorations,25, 26, 27 including intact ceramic crown margins.

Trending article: How to use resin cements to bond indirect restorations

In January 2017, the American Dental Association will be adding a new code (D0600) for caries detection. Examination with The Canary System involving quantifying, monitoring and recording changes in the structure of enamel, dentin and cementum, and so it is a device that can be appropriate to use for this procedure code. Detection methods using visual examination, explorers and other tactile probes, fluorescence or transillumination may not fall under the code’s definition. This is because of their inability to detect changes in all the tissues or to record and quantify changes in these tissues as show.

Using The Canary System we were able to diagnose the source of the pain-secondary caries around the margin of an amalgam restoration. Accurate detection allowed us to correctly identify the pain source, treat the caries and preserve tooth structure. Caries detection is more than simply shining laser light on teeth and looking at the glow. It involves understanding how energy interacts with tooth structure and restorative materials. Using the PTR-LUM technology in The Canary System, one can accurately examine the margins of restoration to detect caries and cracks.

12 Lussi A, Reich E. “The influence of toothpastes and prophylaxis pastes on fluorescence measurements for caries detection in vitro.” Eur J Oral Sci 2005;113(2):141-4. 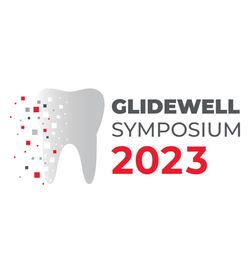