How can you prevent violations of health and safety in the dental industry?

In 2013, investigators on a routine inspection of an oral surgery practice in Tulsa, Okla., discovered numerous violations of health and safety laws and major violations of the state dental act.

In 2013, investigators on a routine inspection of an oral surgery practice in Tulsa, Okla., discovered numerous violations of health and safety laws and major violations of the state dental act.

Among the findings in the office of W. Scott Harrington, DMD, was medication with long past due dates (1993!) and equipment that was rusted and not properly sterilized. State health officials immediately initiated screenings of the dentist’s 7,000 patients when it was further discovered the practice included a high volume of patients with infectious diseases such as HIV or hepatitis.

Like many others in the dental industry I was disgusted to learn of such egregious violations of basic protocol. As a practicing dental hygienist, and being intimate with the inner workings of dental offices for more than 20 years, my attention immediately turned to the many assistants and dental hygienists who, through the years, had been complicit in the dereliction of duty. I lament, I sympathize and I ponder: How can we, collectively, prevent such episodes from recurring?

Philosophers have long studied ethics, usually in the greater context of discovering its role in leading a meaningful, fulfilling life. Modern medicine is still greatly influenced by the work of the Greek philosophers. Aristotle, pupil of Plato, spent decades studying humanity’s greater purpose. He introduced the idea of eudaimonia, what he believed to be the purpose of the human race and what we refer to as “happiness.” Living  a virtuous life, characterized by temperance and courage, will ensure eudaimonia.

The most recognized of all Greek contributions to ethical behavior in medicine is the Hippocratic Oath. Found in the Corpus Hippocraticum, a body of manuscripts that embody a code of principles for the teachers of medicine and their students, the oath dictates the obligations of physicians in caring for their patients and their students. Contemporary versions keep alive the humble vision of a physician as caretaker and heale--a noble profession practiced only by the most virtuous members of society.

In health care and elsewhere, ethical behavior is the result of perceiving an action as either right or wrong. According to famed psychologist Lawrence Kohlberg, the foundations of moral (ethical) behavior are forged in childhood and adolescence, reinforced by the practices of our parents and those around us. In adulthood, people behave morally mostly out of an understanding of the need to keep order in society. Few reach the highest levels of moral reasoning where ethical decisions are based on respect for oneself and for the rights of others.

Dental hygiene programs have long recognized the need to incorporate at least some ethical education into their curricula. However, most scholars agree it is not enough to keep up with the pace of a world that is changing so quickly.

Ethics education programs that are not grounded in a community context fail to produce significant moral development. For true character to develop, a community that nurtures and supports moral action must exist. Legislators dutifully pass laws and create governmental departments tasked with the duty to enforce moral conduct. Although ethics and the law are closely related, they are not the same. Ethical obligations may-and often do-exceed legal duties. The drawback of relying on rules (i.e. laws and government) to ensure people behave ethically is that while it is probably a good defense against the actions that contributed to the last crisis, they are not effective against preventing newer crises from occurring.

More on ethics: What happens when a practice obtains EHR incentive money without the dentist's knowledge?

The burden, then, is on the strongest amongst us to take the lead. Ethical leadership consists of taking seriously the notion that each of us has great power and great influence-that the seemingly small actions we perform every day can and do affect others positively (and, conversely, negatively).

By placing less emphasis on monetary gains and more on strong character, we can ensure incidents such as the one in Tulsa do not happen again. I have previously written about the use of personal mission statements in maintaining a strong ethical perspective. Many professional organizations  now offer continuing education courses devoted to the topic. Coursera offers an excellent course on practical ethics, and various other MOOCs (massive open online courses) are available through higher education institutions such as Duke University, Harvard University and Stanford University.

Related reading: 3 things that have made me a better RDH

In 2012, prior to the incident in Tulsa, news broke of an oral surgeon who had agreed to discontinue practicing dentistry after it was discovered that, in addition to prescription fraud, he had reused needles and syringes on more than 8,000 patients at two of his dental practices. While news of the voluntary surrender of his license in Colorado is of little satisfaction to me, what IS of great satisfaction is the knowledge that, in that case, authorities were prompted to investigate due to the report of an employee. The employee notified authorities Dr. Stein was ordered drugs under patients’ names.

Whoever she is and wherever she is, I thank her and commend her actions-Not just because she saved so many others from danger but because I know that I was not the only one who was inspired by her strong character.

About the author
Diana Macri is an assistant professor in the dental hygiene department at Hostos Community College. Previously, she was as an adjunct lecturer at New York City College of Technology and a clinical instructor at New York University College of Dentistry, both in New York City. Within these programs she taught both clinical and didactic courses. Currently, she teaches three core courses: Dental Hygiene Practice I and II and Ethics, Jurisprudence and Practice Management. In addition to her teaching duties, she has presented lectures at professional conferences locally and nationally. She serves as a trustee on the National Board of the Hispanic Dental Association and is the chair of the Communications Committee. Additionally, she has been appointed to the Minority Affairs Advisory Committee of the American Dental Education Association. She is involved in many advocacy efforts, specifically those which seek to resolve oral health disparities seen in the Hispanic population. Prof. Macri obtained a bachelor's degree from the University of Bridgeport and a master's degree in higher education administration from Baruch College. She happily resides in New York City with her three sons. 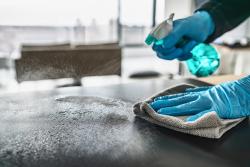 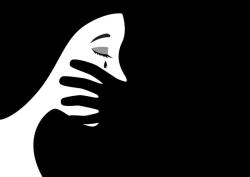