Get the low down on Evolve Dental Technologies' KöR Whitening

Q: Why is there suddenly so much buzz about KöR Whitening?
RK: It seems that everyone has heard how effective KöR Whitening is. The fact that KöR is the system that can even whiten tetracycline stains really says a lot about what results can be expected on all patients. But a couple things have happened more recently that are responsible for all the current buzz.

First, admittedly, KöR Whitening used to be more time-consuming, more technique sensitive and more costly. But through my continuing research and development, I’ve overcome all of those things. KöR is now no more costly, no more time-consuming and no more difficult than other whitening systems, yet we still get those same wild whitening results.

The second reason is word of mouth. This is really fun for me. My team says most dentists who call us say that they’ve been thinking about KöR for a while, but when they heard great things from friends, it convinced them to give KöR a try.

Q: Why doesn’t KöR require a light or laser?
RK: KöR Whitening is, I believe, the first and only whitening system based solely on the laws of physics and chemistry. Lights and lasers simply have no scientific basis for use in whitening.
Remember that endothermic chemical reactions need energy (usually heat) to make the reaction go. Remember all the things we put over Bunsen Burners in chemistry lab? But exothermic reactions (like the breakdown of peroxide) must get rid of energy (usually heat) for the reaction to proceed. A great example is how stone gets warm when it sets.

So peroxide must get rid of energy to proceed. The idea of trying to force photon energy (lights and lasers) into a reaction that is trying to give off heat just makes no sense whatsoever. To make matters worse, it’s now been proven that lights and lasers cause more release of the neurotransmitter Substance P in the pulp, resulting in needless discomfort.

When a patient first presents from a marketing piece, that person is not truly a “new patient.” He or she is simply giving the dentist a try. When the whitening the dentist provides doesn’t work well, and if it causes pain, the dentist has just proven that he or she is not a good dentist, and the patient doesn’t return. It creates a poor image of tooth whitening in general, even though we know that people from most cultures around the world desire white teeth. So when we can prove to our patients how well KöR Whitening works, how white their teeth can get-that it’s permanent and that they don’t even have to give up their coffee, tea or red wine-patients want it and are willing to pay for it. the instant of manufacture until received by the dental practice. So we know that KöR gels are always at virtually 100% of their original effectiveness – every time.

I’ve been a practicing dentist for 34 years, and like all dentists, I too have a closet full of stuff that didn’t work. It’s aggravating. Since dentists don’t have anything to lose by trying KöR, more of them give it a try. We’ve been offering this guarantee for nearly two years now. It’s working very well for us, and obviously dentists love it too.

KöR Whitening Deep Bleaching System
The KöR Whitening Deep Bleaching System ensures optimal whitening with the lowest sensitivity possible. KöR offers whitening systems for every situation and type of patient. The KöR System is available as a nighttime or daytime at-home-only system, as well as, the “full KöR System,” which is at-home whitening followed by in-office whitening. A special protocol for difficult cases, such as tetracycline, is even available.

Tri-barrel Hydremide Peroxide Technology
KöR in-office whitening gels feature the proprietary Dual Activated, Tri-Barrel Hydremide Peroxide formula, developed by Dr. Kurthy. KöR is the first teeth-whitening system to utilize this tri-barrel design. For maximum gel effectiveness there are many ingredients that should not be mixed together until ready for use. Keeping the chemistry separated into three barrels enabled Dr. Kurthy to overcome many previous obstacles of whitening gels. 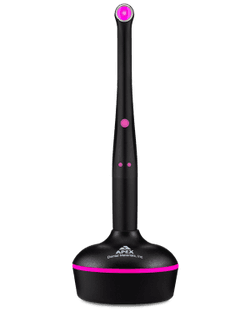 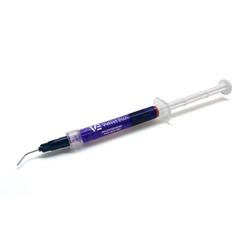