Silver Salts have a long history of intraoral use. “Ohaguro” is an ancient Japanese tradition in which silver salts were used to dye teeth black.

It was also discovered that these silver salts had anti-caries properties. In the early 1900s, Percy Howe, the director of Forsythe, used silver to arrest dental disease but the concept fell out of favor quickly because of the unwanted dark stain of the tooth associated with its use.

Over the years, there has been a tremendous amount of research associated using silver fluoride or silver diamine fluoride (SDF) in dentistry. Various studies have demonstrated the arrest of decay, inactivation of streptococcus mutans, histological changes of dentin and changes in the hardness of tooth structure. With the trend strengthening towards minimally invasive dentistry, the use of silver fluoride has gained popularity once again for caries arrest in day-to-day dentistry.

As the uses for silver fluoride expand, more science has emerged in the journals. Studies over the past few years have emerged using silver fluoride to treat deep decay as a hope to prevent root canal (partial cares removal). Studies have also shown that placing silver fluoride in the base of a preparation followed by GIC capping layer, will not have a deleterious effect on bond strengths. That all being said the stain still exists and for many, the advantages of caries arrest, desensitization and minimally invasive procedures are outweighed by the dark silver stain associated with silver fluoride use.

Continue reading on the next page…

The Members of Catapult Education were asked to evaluate a new product from Southern Dental Industries, called Riva Star. Riva Star has a unique chemistry.

After applying silver fluoride onto the tooth per the manufacturer’s instruction, one applies a second chemical, potassium iodide, directly onto the silver fluoride. The potassium iodide can decrease the incidence of teeth turning dark without having any negative effect on the final restoration. In the USA, Riva Star is approved as a desensitizing agent. In other countries, such as Canada, South Africa and Brazil, the same product received registration for anti-caries.

After the group reviewed Riva Star, they were asked if they would incorporate it into their practice. Keeping with the trend of minimally invasive dentistry, 100 percent of the reviewers said they would incorporate this product into day-to-day practice. Getting a 100 percent acceptance on any product from this well-respected and well-earned group is rare, so this in itself shows true promise for this new product.

When asked what type of patients they thought would benefit from Riva Star, the answers vary but covered much of our regular patient population. Pediatric patients were an overwhelming response, but another group, the geriatric patient, was also a common response. The geriatric patient who develops root caries may benefit tremendously from the “off label” use of caries control using Riva Star.

Continue reading on the next page…

Interestingly, a few respondents from the group subscribed to the philosophy of using this product for deep caries either as an anti-sensitivity agent, or as an application over decay left in the preparation in very deep situations. The latter is an interesting concept, which has gained acceptance in Europe but has been much slower to be adopted here in the United States.

While all the respondents felt the literature was strong concerning SDF, the need for more long-term studies for the off label use of caries control was mentioned.

As expected, the hesitation by the evaluators in using SDF was purely due to the staining of product on tooth structure. The potential for non-staining was intriguing enough that the group overwhelmingly agreed they would incorporate this product as their SDF of choice in their practice.

While there have been many “potshots” taken at this product, I can attest to the fact that very often there is little or no staining of the tooth structure and if it stains due to the reaction with extensive decay, by placing a restoration over the SDF, the color change is barely noticeable.

A few of the evaluators did caution that with the high pH of this product as compared to others on the market, there could be some gingival irritation if too much got on the tissue for an extended period of time. The irritation is similar to the tissue irritation that sometimes occurs following in-office whitening and is very transient.

Figures 1-4 show a before and after showing little-to-no tooth discoloration. Based on the groups’ clinical findings that this product worked as described, Catapult Education proudly gave SDI their Catapult Vote of Confidence for Riva Star. This is a product that should be in everyone’s arsenal and, when needed, will come in very handy for performing minimally invasive dentistry.

Leave decay in my cavity? You must be kidding! 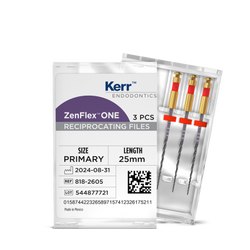 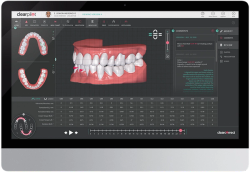