4 Artists Who Ditched Their Dental Careers

A look at the career paths of for famous artists who started their careers in dental settings.

Jobs in the dental field often afford people the opportunity to indulge their creativity and express their artistry on a daily basis. For many, this mix of problem solving, design, and esthetic creation is a satisfying way to help people improve their health and looks.

Artistic pursuits such as painting, photography, and music are common among dental professionals. For some, however, these creative sidelines become a path away from dentistry and toward a career as a full-time artist or performer. Here are some of their stories.

Staying Close to Her Roots

For Dolly Cohen, a jewelry designer to some of hip-hop’s and pop music’s biggest stars, her transition to a career as an artist didn’t take her too far from her roots as a lab technician. The Parisian designer shifted from restorative work to grill design in 2005 and has since created pieces to adorn the mouths of Rihanna, Drake, Madonna, and many others. You can see her work on her Instagram page: instagram.com/dollycohen.

Left the Practice to His Wife

Best known as Uncle Joe Carson on Petticoat Junction, Green Acres, and The Beverly Hillbillies, Edgar Buchanan was famously a dentist before he became an actor. His wife, Mildred, attended dental school with him, and they married in 1928, the year he graduated with his DDS. In 1939, they relocated their dental practice from Oregon to Los Angeles, and Buchanan soon found work in the movies, leaving Mildred to run their practice.

Father of the Western Genre

Early literary champion of the American West Zane Grey started his career as a dentist before his creative pursuits reached a level of success that allowed him to leave his day job. Grey grew up in Zanesville, Ohio, a town founded by his grandfather, the son of a dentist. Although he expressed early ambitions of being a writer, Grey unofficially began his dental career circa 1889 at the age of 17 years, when he made house calls in rural areas to perform extractions like his dad had taught him. Eventually, the state dental board stopped this, and Grey went on to college, where he played baseball. He began officially practicing dentistry around 1896—after playing some minor league baseball—but apparently had little passion for clinical work. When his novels about the American West began to be published in the early 1900s, he left his practice and focused full time on being a writer.

Alban Uzoma Nwapa was born in Nigeria and moved to Sweden to study dentistry around 1980. To finance his dental education, he worked as a DJ at the Stockholm club Alphabet Street. Although he quickly gained renown, especially since he often sang to the records he was spinning, he finished his education and began practicing as a dentist. He continued his DJ work as a fun and lucrative side gig until 1990, when he began his career as a recording artist under the stage name Dr Alban. He never hit it big in the United States, but his Eurodance-style music was popular across Europe, with his biggest single, “It’s My Life,” hitting No. 1 in multiple countries. Although he hasn’t returned to dentistry, Dr Alban did release a song titled “Go See the Dentist.” 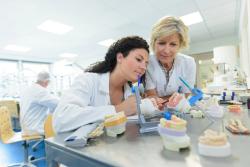 Eliminating Weak Links: Finding and Fixing Inefficiencies In Your Lab 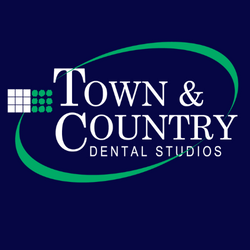