Against the peaceful backdrop of the Teton Mountain Range in Idaho Falls, Idaho, family-owned Treasure Dental Lab offers services to dentists across the nation.

Against the peaceful backdrop of the Teton Mountain Range in Idaho Falls, Idaho, family-owned Treasure Dental Lab offers services to dentists across the nation.

More than 50% of the company’s dental clients are from outside of Idaho, said co-owner Sheri Hamberlin, who operates the business with her brother, John Treasure.

The brother and sister took the reins of the business from their father, Barry, who retired in 2000. He started his career working in another lab before moving to Idaho and starting his own business in 1968.

“He had a brother-in-law in Utah and worked for him and learned the trade,” Sheri said.

Both Sheri and John grew up in the family business doing odd jobs like sweeping the floors and cleaning flasks. Sheri, who became a full-time employee in 1984, always knew she wanted to be involved in the lab.

“I pretty much planned on it all along,” she said.

John joined the company in 1995 after trying some other occupations, but deciding the dental lab business was where he belonged.

“He decided it was a pretty good business to be in, and had what it took to do it well,” Sheri said.

Today, Sheri handles the business end of the lab and John focuses on the technical side of it.

Sheri said she likes working with their 18-member staff, who she said all feel like family members, , as well as analyzing how the business is doing.

“I feel very comfortable with being able to look at the numbers and seeing where we need to improve,” she said.

New technology is an exciting part of the industry, and the company seeks to stay ahead of the curve. They have recently incorporated a Straumann Scanner.

“It’s a great new technology for doing custom abutments, and because it is tied in with a digital impression system it can make it easier for the dentist and help up give more accurate impressions,” she said.

The company is seeing its implant business and all-porcelain business growing. Word-of-mouth seems to be the way in which new clients learn about them.

Though Barry Treasure retired a dozen years ago and now spends time traveling and volunteering on missions through his church, he stays involved in the business. When a lab manager suffered a heart attack earlier this year, the lab tapped Barry to come in and help out.

“He still likes to dips his toes into the business,” Sheri said.

New technologies and trying new products to see what works and what doesn’t is what makes the lab an interesting place to be.

“It’s constantly changing,” said Sheri. “There is a lot to be excited about for the future of our field.”

Watch a lab technician from Treasure Dental Lab in action: 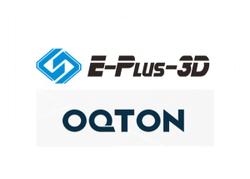 Never Slow Down: Ideal Side Hustles for When Dental Lab Business Is Slow