Book excerpt: Looking at the future of dentistry in "Valuocity 3"

In this excerpt from the soon-to-be-released "Valuocity 3," by Dr. Marc Cooper and Dr. Mark Silberg, consultant Sidney Kaprov explains the future of dentistry through the eyes of a social archeologist. The complete "Valuocity 3" will be available on Amazon at the end of February.

In this excerpt from the soon-to-be-released "Valuocity 3," by Dr. Marc Cooper and Dr. Mark Silberg, consultant Sidney Kaprov explains the future of dentistry through the eyes of a social archeologist. The complete "Valuocity 3" will be available on Amazon at the end of February.

“Early on, when I attempted to explain the future of dentistry as ‘group practice’ by going from the past forward, in essence predicting the future, I could see I wasn’t getting through to my audience. They resisted the idea. They were too attached to the past and couldn’t accept anything different in their futures.

More from Dr. Marc Cooper: The current and future state of the solo and group dental practice

So I tried a different tack. I put myself in the shoes of a social archeologist, in effect looking back in time at the model of solo practice. Imagine someone 20, maybe 30 years, in the future spreading out the bones of a solo practice on his examination table, dissecting it, determining how and why it ultimately became extinct.”

“Is there such a thing as a social archeologist?” asked Kathy.

“Yes. This type of archeologist focuses on the big picture, rather than the individual picture, and tries to build a model of a group of people and ascertain why they became extinct. In my example, solo dental practice.”

There was an openness in the room that was decidedly scientific, curious. There were no walls erected to defend or protect.

“So, I’m sitting at a large table with pieces of an ancient solo practice in front of me. I see a single dentist running a small business, managing a staff of seven, responsible for a majority of the revenue of the practice, wearing all the hats (leadership, ownership, management, marketing), and taking all the risk. When I look at the layers of history that predated this dentist and his practice, I can see that for decades this particular model worked very well. And then the economic climate of dental practice changed in the early 2000’s and revenue and doctor compensation flattened out. And in 2008, things really went poorly for dental practice owners; especially the solo dentists.

This particular solo practice I have on my table continued to struggle and decline while new models of dental care delivery emerged and prospered. These new models were the early attempts at group dental practice. The new model was resisted, it was criticized and purported to be an affront to the dentist-patient relationship. It was deemed cancerous to the industry and to the needs of dental patients."

Related reading: Dr. Gordon Christensen on the future of dentistry and next generation of dentists

"As a social archeologist I see the relic on my table. As well I can watch history march on and see the trend of solo practices closing while groups are learning new and better ways to deliver dentistry and improve patient health, both dental and medical. These early group practices learned how to scale and see a wider range of patient while increasing their profit and efficiencies. The underserved were being seen at a greater rate. The overall health of citizens was improved at a lower cost. Big data emerged and dental groups learned how to better serve each patient in ways that a solo doctor simply could not. They had the resources of a group behind them in delivering the best care possible.

And these groups mingled and learned at an accelerated rate. They merged and fulfilled their visions as solo dentists were never intended to do. As multicellular organisms they completely reinvented dental health care. Technology evolved dramatically and groups could afford and take advantage of these new tools.

Solo dentists were the seeds of dentistry. They grew tall and healthy, until they were firmly established in the earth. They created the foundation, and then the bridge to a better way. Solo dentists were important in their day. But a time came when they simply couldn’t bear the weight of a single practice any longer. This practice in front of me on the table died. It closed, unable to keep up and deliver care in the new ecology.”

Silence filled the room. Until Steve spoke. “Well, crap. That makes sense when you put it that way. I still don’t like it, but I’m beginning to understand, Sidney.”

The room came to life in laughter and smiles. Sometimes a change in perspective is all you need. 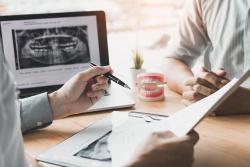 Stay Looped In: Following-up With Patients You Refer Out 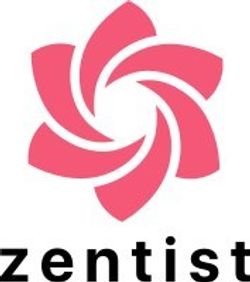