As Technology Evangelist, my job is 2-fold. One part is to scour our industry for the most promising new things that potentially can change the way we practice. The other part is to do adequate research to ensure these amazing new additions to our armamentarium perform as expected. One of the most disappointing things in our field is when we get really excited about a new product or procedure only to see it not perform as expected or, even worse, fail prematurely.

When I was originally trained to place composites in dental school, if there was 1 speck of acid etch on dentin, the procedure received a grade of “fail.” Prevailing thoughts at the time were that acid etch on dentin would lead to pulpal necrosis.

Then in 1989, John Kanca III, DMD, began to advocate etching of dentin. I give Dr Kanca a lot of credit because the dental villagers grabbed torches and pitchforks and stormed his castle. He took a lot of flak but stood firm in his beliefs. Time has proven him right.

Shortly after this, maybe within a year or 2, Dr Kanca was again promoting a radical new idea. This time it was leaving dentin moist to increase bond strengths. Once again, the villagers gathered at the drawbridge. After all, everyone knew that any kind of moisture in a prep doomed it to failure. Of course, time has once again proven that Dr Kanca was right.

After wet bonding became mainstream, he followed that up with the invention of the fourth-generation bonding technique.

I have a rule in life: “One time is luck, 2 times is a data point, 3 times is a pattern.” As I watched, studied, learned, and implemented his science and teachings, I came to appreciate what Dr Kanca knew. The guy is smart.

Over the years, we’ve become friends. It’s only fair that you know our relationship. Could that affect the way I view his ideas? I hope not, but it’s possible. We’ve also had our—ahem—disagreements. It also provides a bit of a backstory to this article.

I asked Dr Kanca if he ever thought about when he would start to slow down, and that’s when he dropped a bomb on me. He told me that he was as excited about what he was doing as at any other time in his career. He had been working on a new bonding agent, a material that was truly bioactive, or having an effect on living matter, and he could hardly wait to get it into the hands of the profession.

Bioactivity has been a big marketing buzzword in the profession for at least 10 years, encompassing several aspects of our profession.

What Dr Kanca came up with was different. His Re-Gen material employed Bioglass 45S5 as an active ingredient. The amazing thing about Bioglass 45S5 is that, when done correctly, it creates a bond with bone so strong that it cannot be removed without breaking the bone. By coating the surface of the bioactive glass with hydroxyapatite, the bond strengths that result are nothing short of amazing.

Bioglass 45S5 was first synthesized in 1969 and approved by the United States Food and Drug Administration for bone and dental repair in maxillofacial surgeries in 1999. It has been around for more than 50 years and has been used in our industry for more than 20 years.

Bioglass 45S5 has a track record in our profession. Knowing that this molecule has a history of success behind it goes a long way.

Re-Gen was created with the concept of bioactivity at the ground floor. It came off the drawing board with Bioglass 45S5 as its heart. The concept is simple to articulate, but building the material was anything but. The project was driven to create a material that was easy to use, had all the advantages of current materials, but went 1 step further into the realm of bioactivity.

Re-Gen not only releases ions to improve the result but attracts ions from the oral environment as well.

Covering the dentin and enamel cut by the preparation processes gives the tooth structure the benefit of the bioactive aspect of Re-Gen. You can then place your preferred composite material over these initial layers knowing that the preparation has the Bioglass 45S5 underneath.

We routinely see improvements that look like, “Well, they can’t do any better than that,” only to suddenly find out 2 years later that the latest and greatest we had just seen was but a steppingstone to something remarkably better.

Sensitivity is battled with a self-etch version as well as the activity of the bioactives. You have a material that can help create structures at the tooth material interface. You get bond strengths that are comparable to other bonding agents. However, with other materials bond strength is all you get. With Re-Gen, the bonding agent is not a barrier to the dentin. Instead it creates remineralization of the dentin-resin interface, which helps reduce sensitivity as the material works.

The tooth-composite interface will always be one of the weakest links in the restorative process. Bacteria at this interface will create an acidic environment, and hydroxyapatite is easily broken down by acid.

Current research shows the life of a 2-surface composite restoration to be approximately 5 years before recurrent caries forces a replacement. Re-Gen helps in this environment in a few ways. It has been shown that bioactive glass inhibits the growth of some pathogens while killing others. The second way is the bioactive glass helps to create an alkaline environment that buffers plaque acids. By returning the solution in this microscopic zoo back to a neutral pH, the Bioglass negates the bacteria’s acidic effects.

Re-Gen was launched in fall 2019, so it has been on the market for 2½ years. Techniques, materials, the oral biome, and patient home care are but a few of the things that contribute to the success or failure of what we do.

I’m excited to see the fantastic improvements of our materials. Dr Kanca is right. This is a remarkably exciting time to be a restorative dentist. Let’s all enjoy the ride. 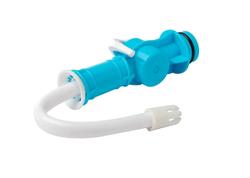