The best tech to enhance your practice

Dentists can benefit from devices that increase magnification, improve visibility during procedures and alleviate some of the stress of the common workflow.

Incorporating technology into your routine can be rough for some people. Some folks struggle with installation, some struggle with utilization, while others struggle with the perspiration necessary to get the process started.

This year I’m throwing down the gauntlet to those of you who are in the “perspiration category.” No matter how long you look at something, think about it and consider it, there will always be another point to factor into the equation. Eventually great leaders make decisions and live with those consequences. No amount of planning can account for everything.

One of my favorite quotes is “If you want to fish, that’s great. If you want to cut bait, that’s fine too. However, if you can’t ever make up your mind whether to fish or cut bait, you’re never getting fish for dinner.” This year, let’s incorporate some amazing tools into your practice and watch it succeed like never before.

Current statistics show that about 85 percent of clinicians are using some type of magnification. That’s an amazing increase of about 35 percent  in the last 20 years. However, this year I’m challenging you to see even better. The majority of doctors are working in the 3.25x to 3.75x range. Stop for a moment and imagine how much better you could see at 4.5x or even 5.5x. Trust me when I tell you that improving your visualization will not only enhance your clinical skills but also improve your health.

More from the author: How new technology will impact treatment planning

When you can see better and clearer, you not only do better work, but you can also work more efficiently. Seeing better simply allows you to complete preps faster. The added benefit of that is you spend significantly less time in clinical posture and doing so decreases stress and strain on your neck and back. I was stunned to learn a while back that about 65 percent of dentists who declare full disability and retire from clinical practice do so because of neck and back issues. A lot of those issues are created by the hours we spend in clinical posture with a fixed and static muscle position.

Properly fitted surgical telescopes help provide the doctor with the proper focal length to sit up straight and decrease stress on the neck and back.

The other great thing about today’s choices in surgical telescopes is that the days of one pair of glasses with only one magnification are over. The doctor now has choices that allow one comfortable set of frames to be a delivery system for multiple degrees of magnification. Both Orascoptic EyeZoom and Orascoptic OmniOptic systems provide multiple levels of magnification on a single frame.

The other technology that goes hand in hand with magnification is illumination. As the barrel of the telescope increases in mag, the tube gets longer. This means less ambient light is able to enter the tube of the scope. The result is as one increases magnification, the target decreases brightness. Track lights rectify this effect; however, with proper auxiliary lighting, track lights are no longer needed, which can save serious funds when equipping a new treatment area.

To avoid this, it’s imperative that the user also has a bright LED light source that can be mounted on the scopes. For these auxiliary lights, I recommend a range of 65-70 lumens. This is what I consider the “Goldilocks zone” for lighting - not too bright, not too dark.

Using a light constantly that’s too bright increases eye fatigue and can also create a loss in depth perception; however, for some clinical needs such as endodontics, a very bright light can make the difference between a clean and efficient treatment instead of hunt and peck.

Most light systems have enough battery power to go all day on one battery and all come with at least two batteries to prevent you from ever working in the dark. The only true question concerns brightness, battery weight and whether or not you want a battery or cord.

There are many options that exist today, including some frames that actually contain the batteries needed. The Orascoptic XV1™ frame is a system that does just that. The XV1 provides light with the brightness of 68-42 lumens and can be switched between those settings depending on the clinical need.

I’ve sung the praises of this incredible technology a lot over the last couple of years. However, rather than focus on ease of use and digital workflow, this time I’d like to focus on the simple fact of the imaging of these systems.

Studies conducted over the last 20 years have frequently found that analog impressions sent to a lab frequently suffer from clinical defects that can actually affect the long-term prognosis of the permanent prosthesis. Let’s face it, taking an impression is a difficult task under the very best of circumstances and increases in difficulty depending on the case.

It’s also difficult to see margins properly in an impression, especially under low magnification and low light conditions. Because of this, impressions that may look clinically acceptable in the office look markedly different when poured and viewed under magnification at the lab. When detected, the lab has the choice of contacting the doctor for a second impression or trying to accommodate. Considering the number of second impressions taken when 80 percent have some type of defect, we can tell where the labs frequently fall in this equation.

The easiest way to head this problem off is to catch potential deficiencies before they ever leave the office. This is where digital impressions can make a tremendous difference.

Related reading: How to implement digital impressions in your dental practice

All digital impression systems show the prep on the screen under high magnification, often up to 30x. At that degree of mag, it’s easy to see any problems with poorly defined margins. Systems will also measure the amount of occlusal/incisal reduction and indicate if further preparation is needed.

The combination of the highly magnified preparation and the technology of measuring reduction digitally results in cases that are created with significantly fewer defects and substantially less “fudge factor.”

The last topic I’d like to cover in this month’s column is something that’s not yet available in the mainstream but that you need to keep on your radar screen for the near future.

There has always been an art and a science to reading radiographs. Despite the market penetration of digitization, that art and science remain. Many doctors I speak with tell stories of multiple doctor practices that appreciate having more than one set of eyes to check radiographs with “tough call” images. No one in our profession wants to cut through a healthy marginal ridge to find out that the carious lesion was some type of image artifact and not truly a caries. While this doesn’t happen on every set of bitewings, it does happen a few times a day in busy practices.

Conservative doctors often put these into “watch” status, only to find that 12 months later, at the next bitewings, there’s now a significant area of caries that could’ve been treated with a much more conservative preparation the previous year.

Read more: The future of artifical intelligence in dentistry

Then there are the areas that don’t appear to be carious but show up significantly 12 months later.

How can we prevent these situations from happening?

The answer to this paradox is artificial intelligence. A company called ParallelDots is currently working on a system that analyzes bitewings and then suggests areas that should be further evaluated by the doctor. As the doctor reviews the suggested areas and determines whether they’re carious or not, the program learns from the doctor’s decisions and uses this information to make predictions even more reliable.

On the rare occasions that the system fails to identify an area, the doctor can then use software tools to mark the area as a positive lesion, which the system subsequently learns.

Artificial intelligence will never replace the human factor in the diagnosis flowchart, but utilizing a system such as this could make diagnosis more efficient, more accurate and more reliable. It’s an objective second opinion that operates silently and continuously in the diagnostic background.

With humans deriving about 85 percent of what they perceive about their environment through their eyes, enhancing our vision can easily be accomplished using tools that are readily available to practices today. I look upon the three technologies discussed here as amazing extensions of my own visual sense, allowing me to assess and address clinical situations with incredible tools that make me a terminator when it comes to dental disease. There’s a great scene in “Terminator 2” where the Arnold Schwarzenegger character is driving on a country road with no headlights into a pitch-black countryside. His young passenger says, “Can you see?” The camera cuts to the view from the Terminator’s night vision system, which shows the scene in almost daylight. “I see everything,” he replies. Now with digital technologies, you can see everything too. 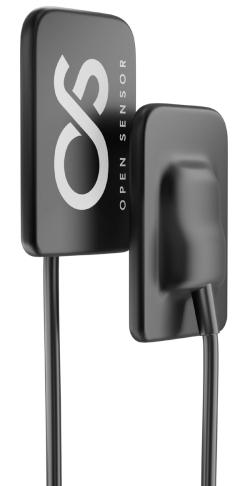