A look at many of the recently announced products in the dental industry.

Designed specifically for the needs of anterior restorations, the Fusion Anterior Matrix System features a variety of refinements to help clinicians recreate ideal interproximal anatomy quickly. The kit contains 2 sizes of metal bands and 4 sizes of wedges. At just 0.0015 in, the metal bands are thinner in order to facilitate better interproximal contact. The metal bands are also manufactured with stainless steel, making them resistant to deformation both during placement and while compressing composite into the preparation. The bands are said to be designed with the ideal curvature in both the gingival-incisal and facial-lingual directions.

What makes this matrix system unique:

The new Fusion Anterior Matrix System was developed in conjunction with Garrison Dental Solutions customers after the company spent several years observing how its customers use metal matrices to restore anterior cases. When placed vertically, what was the buccal-lingual curvature of the band creates ideal gingival-incisal curvature for an anterior tooth. The Fusion Anterior Wedges feature a radical curvature that is designed to ensure a firm seal at the cervical margin from facial to lingual. Its T shape is designed to sit deeper in the interproximal space and its tapered strut enables clinicians to adjust the pressure exerted to control the interproximal contact.

Powered by SleepImage®, VivoScore is a home sleep apnea test that utilizes proprietary cardiopulmonary coupling technology (from SleepImage). The VivoScore test consists of a single-sensor ring recorder that works with a smartphone application and cloud-based algorithms to evaluate sleep quality and clinically diagnose sleep apnea. The SleepImage technology is FDA cleared for the purpose of diagnosing obstructed sleep apnea and evaluating sleep disorders in children and adults. Test results are reportedly comparable with overnight laboratory polysomnogram tests.

What makes this sleep test different:

The VivoScore system creates comprehensive sleep quality measurements, such as the Sleep Quality Index (SQI), that go beyond clinical diagnosis and are said to more effectively manage and improve patient outcomes. Its high degree of accuracy is said to be similar to industry-standard in-lab sleep testing. Its sensor ring is designed to be worn on the finger for a more comfortable experience and is equipped with Bluetooth connectivity to pair with a mobile application to allow for the easy transfer of data. There are no consumables required, which is said to reduce per test costs and is expected to provide for broad distribution and multi-night testing.

Ceramir Restore QuickCap is a resin-free, self-curing bioceramic restorative material. Part bioceramic, part glass ionomer, this material utilizes both chemistries to create chemical integration and a permanent seal with the teeth. Like other products in the Ceramir family, Restore QuickCap induces apatite formation, which reportedly heals the material by filling crevices and sealing small gaps. This material is suitable for use across a variety of indications, including non-load-bearing Class I and Class II restorations, deciduous teeth restorations, cervical (Class V) restorations, core buildups, and more.

Why this material stands out:

Ceramir Restore QuickCap is uniquely formulated to protect itself against acids by releasing hydroxyl ions and neutralizing the acid. While the hydroxyl ions are released, the surface remodels, and a dense, acid-resistant surface is formed. This is said to result in lower acid erosion than other conventional glass ionomers. Restore QuickCap also features a continuous fluoride and calcium release, making it particularly useful in pediatric or geriatric patients.

Deactivate is a high-powered handheld LED device that is designed to disinfect surfaces in compact spaces. The unit utilizes LEDs to create ultraviolet light, which reportedly makes pathogens such as the severe acute respiratory syndrome coronavirus 2 inactive. Deactivate does not require any warm-up or cool-down time, does not leave behind any residue, and the impacted area is available for immediate use following disinfection.

The Con2our Loupes are custom-fit to each clinician for ergonomics and comfort. Its headlights are said to have one of the safest color temperatures at 3900 K, which is designed to reduce eyestrain and deliver color accuracy. These loupes also feature lightweight, fully adjustable nose pads with a steep ergonomic angle designed to reduce neck pain.

Ivory ReLeaf Mini is a hands-free HVE suction solution that helps with evacuation, retraction, and maintenance of a dry field during various procedures. The ReLeaf system includes an HVE hose with a quick disconnect adaptor on 1 end to connect to the practice’s existing vacuum system and a U-shaped connector on the other end, in which a single-use “Leaf” is inserted. The Leaf is BPA and latex-free and is placed between the cheek and the teeth. The ReLeaf Mini is about 25% smaller than the original ReLeaf and is suitable for work with patients with small arches.

Cazoo is a hands-free extraoral aerosol evacuator that is designed to connect to existing dental HVE lines. Designed to use the suction of a standard diameter of an HVE line, Cazoo’s geometry can give clinicians more control over the area being suctioned. Additionally, the device is said to keep patients comfortable without impeding the view of the oral cavity. Its ergonomic design may maximize aerosol removal by placing the opening closer to the work area.

The Intelliscan 3D is an entirely open sourced intraoral scanner that is designed to simplify the scanning experience. It features an advanced motion sensing function that allows for hands-free operation and gives clinicians the ability to save scans directly from the wand. Other features include realistic color, clear margin lines, and powder-free scanning. The Intelliscan 3D is designed to be smaller than its competitors, and its scan head boasts an anti-fog feature. It’s suitable for a range of indications, including implants, crown and bridge restorations, and clear aligners.

The CHAIRSIDE material is designed for ease of use and predictability when processing attachments into full and partial overdentures using either chairside or laboratory procedure. The material does not require a primer, and its dual-cure capability is said to provide flexibility and convenience. CHAIRSIDE bonds to itself for reportedly easy void fills and touch-ups. The material is available in Normal Set and Fast Set to match the speed and complexity of procedures. Its shorter mixing tips and viscosity can offer precise application and reduce waste and cost.

Designed to meet the most up-to-date sanitization standards, the T-Edge is said to be the only gravity and airflow removal autoclave that is upgradable to pre-and post-vacuum. It is available in 10-in and 11-in chambers and 110 V or 220 V. Its optimal chamber capacity is said to be 80% larger and features extra long trays. This unit offers shorter cycle times. A full cycle is completed in about 36 minutes for wrapped instruments, including drying time. The T-Edge’s door opens to 110° for more convenient loading. The unit can be monitored from a smartphone or tablet via its Wi-Fi connection. It also features a touchscreen control panel.

The True Dental Dam is a medium-gage, latex-free dental dam that is designed to provide the fit, seal, and isolation required for better clinical outcomes. Said to have exceptional durability and tear resistance, the True Dental Dam can be easily stretched, punched, or placed to glide smoothly through contacts. Its dark blue and purple colors add enhanced visibility and color contrast with the surrounding detention.

Combining Arti-Fol metallic or black/red film with a new, hygienic cardboard holder, Arti-Fol Metallic Complete can be used on either the left or right side or together for the entire arch thanks to its unique shape. Manufactured with Shimstock foil 12µ, a high-tech metal foil, along with 2-sided color coating with micro-fine ground color pigments to allow for visible marking of all occlusal points. Arti-Fol Complete is designed to mark contact points precisely on different occlusal surface materials or natural teeth. It can enable efficient occlusal adjustments in static and dynamic.

Scan to Model is a new tool for Formlabs’ PreForm software that serves as an entry for dental professionals without digital design software experience. The new feature is designed to convert intraoral scans into 3D printable models. Clinicians can create diagnostic, formed appliance and fit check models by scanning the patient’s teeth with a 3D intraoral scanner, uploading the model to PreForm’s Scan to Model tool, and then printing with a Formlabs 3D printer. It’s said to reduce turnaround time and the number of software programs required to produce models. 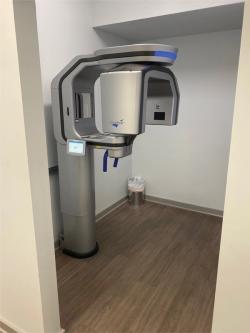 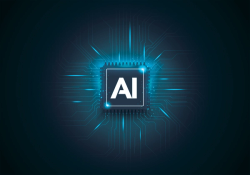