Caries Management by Risk Assessment (CAMBRA) has been something of interest to me for a few years.

Caries Management by Risk Assessment (CAMBRA) has been something of interest to me for a few years.

Last February, I decided to take the leap and give it a try in my office. Professionally, my motivation stemmed from the desire to speak and to work more systematically in regards to patient care. Personally, and maybe more importantly, I could no longer overlook the thought that CAMBRA was simply the right thing to do.

As a result of the decision to implement this protocol, I have experienced a better bottom line for my business than I could have ever imagined.

Truthfully speaking, the financial aspect of CAMBRA was always a worry for me.  I questioned whether or not I was in the process of employing a philosophy that would gradually put me out of business.

Although privy to adverse rumors-excess time consumption, complications, and possible patient noncompliance-I decided to look further into it before passing my own judgment.

Perhaps I am naive or the emergence of my inner rebel briefly dominated. Either way, my team went ahead and launched the CAMBRA program developed by CariFree.

As we are now a more experienced office, I would like to voice the truth of CAMBRA and put some of those played-out rumors to rest. My office has been positively impacted and seen significant ROI in three areas because of CAMBRA.

First, my team is now more experienced and knowledgeable about managing dental caries than ever before. In fact, my staff members, as attendees of the Florida National Dental Meeting, were the only professionals in their session that had any hands-on experience with an in-office CAMBRA protocol.

They fielded more questions from their colleagues than the instructor.  That kind of experience gets people excited about their work and that energy is evident in our office daily.

Second, I have seen first-hand the tremendous power that stopping this disease can have on the life of a patient.

One patient in particular, had been hearing the same bad news his whole life. Every 6 months he needed a filling, a bridge, or a crown due to his recurrent decay.  He remained unhappy with his dental care and when asked why, his response: "They never told me why I keep getting cavities”- demonstrating a glaring lack of CAMBRA use.

Honestly, I wasn't sure I would have the answers he needed but, after telling him about our new program, we were both willing to give it a shot. He just came in for a 6-month exam and for the first time in recent memory he is cavity free.

I have never before seen a patient so excited. He expressed that it was a major benchmark in his life.

The third way my business has been impacted and the largest surprise of all is that I am actually making money.

I knew that I wouldn't be making much on product sales, and fewer cavities meant fewer restorations.  While I was happy with the intangible ROI-professional satisfaction, personal satisfaction and patient trust-I just couldn't measure those things in dollars and cents. That is, until recently when a referral from the aforementioned patient came to see me.

He came solely due to his friend's experience with us. This patient wanted a doctor that could help him control his disease long-term and he knew I was the guy to do it. He wanted to keep his teeth, and was very motivated to do so. He just accepted an extensive treatment plan, one that I know I never would have had before CAMBRA. His plan amounts to ten times the total investment in my CAMBRA system. Not only that, I have since had countless new patients referred to my office because of our program.

The intangible ROI, I have learned, is in no way independent of the monetary ROI. It is, instead, an imperative step in the process to a profitable practice.

CAMBRA, as it turns out, has been the perfect vehicle to get me there.

The advice I would give to someone looking at starting a CAMBRA program is to just do it. Start small then build your program.

Personally, I think it is the right thing to do, as you will too. More than that, it will pay dividends as far as ROI is concerned. But don't take my word for it. Do your research and find a system that works for you. 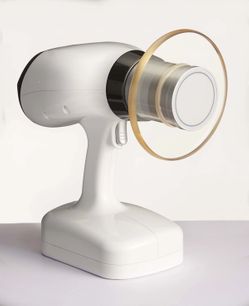