What happens when your practice runs on autopilot?

Recently, we had an upset in our practice, and I thought sharing our experience might help others. I have been the office manager of my husband’s practice since 2002, but about two years ago I took a step back from running the office from day-to-day so I could focus on growing my own business, Front Office Rocks. I was still available to them on a high level and as needed, but I no longer managed the team, schedule or systems on a daily basis.

Then, one week ago I got the call from my husband. Our junior office manager gave notice. Ok, that’s not good, but we can still manage with the remaining staff. Then, he called me again about two hours later. Another front office employee just gave notice. What the heck was going on there? It was time to head back in and see what was happening.

After a very long and difficult day, one person walked out and the other was let go. We went from a front office staff of four (and we were in the process of trying to hire a fifth person) down to two people in a matter of a few hours. I sat there at the end of the day trying to process everything that had happened, and knew that though it seemed bleak right now, this would be one of those days in our career we would remember forever. The question, and decision we had to make, was: will it be remembered as negative or positive?

One week later, I can happily say it is going to end up a positive memory, though we still have a huge hill to climb. The only thing to realize is that when things like this happen, there are always lessons to learn. Here are two lessons we have learned very clearly thus far:

Up next: What went wrong and how to fix it

There are times it is ok to let go

As I said earlier, one of the people that left that day was our junior office manager who was running the staff and practice. When she took on the role, for a long time things ran great. But about six months ago, things started to go flat, and then more recently turned from flat to a decline. The office was reaching its goals on a daily, weekly and monthly basis, but the culture of the practice was changing. The staff was no longer having fun, and the doctors were no longer excited to go in to work.

During this time, we were unaware that the junior manager was no longer doing her job well. She was letting things slide and not working with the team. She was in her office looking busy and working on "stuff." The doctors saw it, but just let it slide. It was easier to ignore it than to confront it or confront her.

Now that she is gone, it is like night and day and we are witnessing a visible shift in the office. After she left, we discovered she just wasn’t doing her job. She had been threatening the staff rather than motivating them, which as it turns out is why the other employee left that day. She warned the staff not to go to the owners with issues because they would only be told to come right back to her. This is one example and there are so many more.

There was a second hard lesson learned during this process. The owner doctors and I had “let go.” The practice had been running well and systems were in place, so we let it go into auto pilot. We were not in touch with the practice the way we should have been. There was not enough real communication with the employees to hear or know what was going on and hear how they felt. The systems we worked so hard to put in place, were slowly either modified to become ineffective or dropped out altogether.

In the end, we let the practice go. We stopped checking in. We stopped monitoring it. The practice needed someone who built it and cared for it from the ground up to ensure it was staying the course and heading in the right direction. We didn't do that. We let go of the steering wheel and it turned us to where we are today. The good news about our current situation is we know what needs to be done.

There are five steps to take to regain full control and fix this:

My point is not to tell you our sad story, but to tell you that this situation was happening and the owners had no idea. We uncovered all of this after she left. But now that we know, we’re getting back to the basics and communicating with the staff. This past week was the best production week we have had in over a year with half our normal front office staff. Our employees seem to be happier and more motivated. The entire vibe of the office is fun again.

Our lesson was a hard one to learn. But when someone needs to go on your team, it is best for all involved to take the steps to make it happen than to ignore it or hold onto them even one day too long. 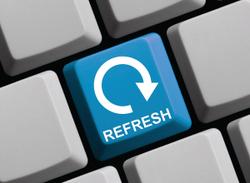 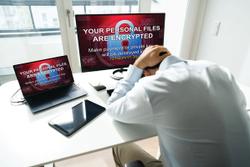