The top things to consider when planning a new dental office

I can’t help but speculate that the aversion to performing a feasibility study is as much emotional as it is financial. Clearly, there is a cost factor that may dissuade the fiscally faint of heart-despite its proven worth.

I can’t help but speculate that the aversion to performing a feasibility study is as much emotional as it is financial. Clearly, there is a cost factor that may dissuade the fiscally faint of heart-despite its proven worth.

However, my perception is that a feasibility study evokes the emotional equivalent to that of having a colonoscopy. Interestingly, they both produce valuable insight to preventable conditions. So I will temporarily deem the invaluable “feasibility” service to be a “projectoscopy” in an effort to make a point.

To date, the preponderance of my perseveration regarding “projectoscopies” has concentrated on the costs and savings associated with construction, site development and purchase/lease agreements. However, the emphasis of this article is function and usable space.

Survey: What you said matters most when it comes to dental office design

We were asked to design a satellite office for an OB/GYN* practice for which we had designed three other offices. The history is noteworthy because we had gained the confidence of the practitioners to act on their behalf and perform the necessary preplanning due diligence – or “projectoscopy.” Previous projects with this client heightened their awareness regarding the value of this exercise. Their faith in our ability to ferret out mitigating factors was particularly significant because the project was for a suite in a new, yet-to-be-built building-and they had already committed to lease the space. Under similar circumstances, the requisite response former clients have expressed could be paraphrased as, “I don’t need no stinkin’ feasibility study.” “It’s a brand new building. What could go wrong?” The fact is, much!

Logically, by all expectations, there shouldn’t be any issues with a new building. But, as it turns out, there were many. For the sake of focus, I will limit the review to the physical plant and the available space.

The architectural firm that designed the building provided the plans of the subject suite to us. Upon review, we noted that, in addition to the “horseshoe” configuration imposed by the stairwells, lobby and elevator hoistway at the front and rear entrances, the center core of the suite was profoundly encumbered by structural columns, two separate HVAC supply/return ducts and a roof-access ladder.

The collective impositions created two factors:
1. The usable space, which is calculated by perimeter measurement, did not account for the losses associated with the noted internal obstructions. Additionally, it was determined the advertised square footage of the suite referred to “leasable” space, not “usable” space.  Although this is standard practice, in accordance with BOMA (Building Owners and Managers Association), it is not always clear to the lessee that “leasable” space includes half the thickness of the perimeter walls. Collectively, the net loss was approximately 200 square feet. So, before we even began the planning process, we were dealing with a deficiency in the perceived “available space”.**

2. The encroachment of these obstructive elements created an enormous challenge for functional use of the suite. The horseshoe condition alone created potential “dead-ended corridors,” a distinct life-safety code violation. This condition was profoundly exacerbated by the encroachment of the respective components on the central core of the suite and the ability to maximize function, flow and life-safety code compliance.

Without implementing considerable changes, the project was virtually impossible to develop to meet the client’s needs. The referenced challenges are depicted in the “existing conditions” drawing:

We first approached the architects and expressed the benefits of relocating the roof-access ladder to the stairwell. They were receptive and agreed to that change. We then met with the mechanical engineer and proposed the noted changes in duct chase locations:

Again, our proposal was met with favor and acceptance. On a side note, with respect for the architect and engineer, I must point out the original layout was based on the expected use of the second floor as two distinctly separate suites. As such, the placement of the respective “chases” was logical for that use. It was simply not accommodating to a women’s health practice on the entire floor.

This project had a successful conclusion, as is evidenced in the finished floor plan:

Related reading: With a new office space, practicing dentistry is no longer a pain in the neck

Due to a modest investment of time and money, we were able to avert a near disaster and develop a functional facility. The message here is that the greater majority of “projectoscopies” (feasibility studies) we have performed have unveiled seriously mitigating issues related to budget, construction and space utilization. The savings in every case has been substantial. But, it is noteworthy to mention that, even if a change is not viable, the discovery of the compelling factors will, at the very least, forecast any implications that the condition might impose on the project budget. In some cases, we have actually determined a facility would not support the needs of the practice. As a result, the clients averted a poor investment in both time and expense. Knowledge is power! Caveat emptor.

*The majority of my previous contributions on design have focused on various phases and conditions related to dental office design. The fact is that we have had extensive experience with medical specialty practices, as well. They include ophthalmology, otolaryngology, orthopedics and women’s health.

**Space consumed by the duct chases and roof-access ladder created a loss in usable space of 48 square feet. That’s the functional equivalent of a handicapped-accessible lavatory. Similarly, it is common to overlook the difference between “leasable” space and “usable” space. In most cases, the usable space actually ranges anywhere from 100 square feet to 300 square feet less than the leasable space. In this case, the combined loss was approximately 200 square feet.


Garrett Ludwig is president of Diversified Design Technologies, Inc. and specializes in medical and dental office design. His design expertise is best summarized by his company slogan, “Profit By Design,” which speaks to the purpose and intent of creating functional, efficient and fiscally sound design concepts. He can be reached through www.dentaldesign.pro. 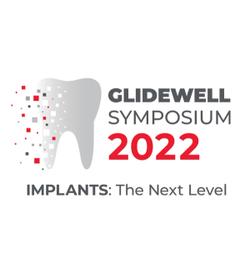