The History of Dental Filling Materials from Prehistoric to Modern Times

Dental issues have plagued humankind throughout history and evidence of preparing and filling cavities dates back at least 13,000 years. Here's a look at some of the different materials used to fill cavities over the years.

The earliest evidence of dental fillings dates back 13,000 and was found in the remains of a person who lived in Riparo Fredian in what is now Northern Italy. The discovery was first published in 2017, after researchers found human remains with sizable holes bored into the central incisors.

The holes show marks indicating they were prepared with some kind of drill, and while fillings no longer remain, there was evidence of bitumen, a natural, tar-like substance, within the ancient preps, making this the first known dental filling material

The oldest known dental filling that has survived enough to be studied dates back approximately 6,500 years ago. This cracked canine tooth discovered in a cave near Trieste, Italy was found to have a beeswax filling by researchers in 2012.

Researchers are unable to determine whether or not the beeswax was used to seal the crack before or after the person's death. Still even if this was a post-mortem filling, it is still among the oldest fillings ever found, making beeswax one of the oldest filling materials.

Still in use today, amalgam dental fillings first appear in a Chinese medical text Xinxiu bencao written by Su Gong in the year 659. That text described using an amalgam of tin and silver to fill dental cavities. Some records hint the material's history might date back somewhat further in China.

The first written formula for dental amalgam was published in China in 1505 and this recipe adds mercury to the tin and silver. The material was introduced to the US in 1833 by Edward Crawcour and his nephew Moses Crawcour and quickly grew in popularity before it was banned due to health concerns by the American Society of Dental Surgeons around 1844. The material returned to popular use after the ASDS was disbanded in 1856 and the American Dental Association was founded in 1859.

The use of gold in dentistry goes back many thousands of years,but the earliest uses were gold bands to hold teeth and replacement teeth in place rather than to fill cavities. Gold crowns can be traced back to the Etruscans and the year 201.

However, the use of the material for dental fillings can only be traced as far back as the 1700s when the material began to be used for filling cavities across Europe. In 1855 the cohesive gold foil method was invented by Robert Arthur, making it easier than ever to fill cavities with this soft metal.

Modern dentists are more likely to look to a syringe or compule of resin composite when filling cavities today. These materials which offer restorations colored like natural teeth first arrived in the 1960s and since that time the materials and techniques for placing them have evolved drastically. Today dental composites are widely used for direct restorations with great success. A wide range of composite systems are available offering different physical properties, different curing parameters, and a range of other options for clinicians to choose from. 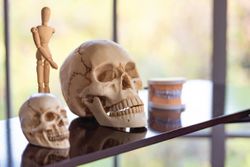 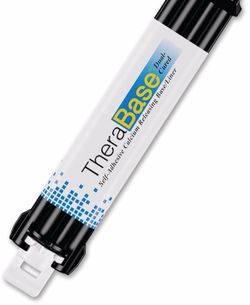 TheraBase Is the Latest Dental Product to Use THERA Technology