This is our yearly entry into the fray, ranking the top 10 communities for dentists in 2021.

While some top 10 lists are purely subjective, the product of personal opinion (that’s the only reason why Moonraker could have made it onto that critic-ranked James Bond list, but For Your Eyes Only didn’t). We made ours more objective.

There are a lot of factors that go into establishing which are the best – and which are the worst – communities for dentists to live and work. Certainly, money matters. But, while dentists must have some level of compassion for their fellow man, not many are doing the work out of sheer altruism. There’s more to it than just that. When evaluating cities’ merits, we have to look at a host of factors.

We started by looking at the US Bureau of Labor Statistics’s data which gave us the top-earning cities in America – BLS reported data for 396 cities and areas in 2020. But, The cost of living varies depending where in the country one lives. For instance, things like food, housing, and discretionary spending are more expensive in San Francisco, California than they are inBeckley, West Virginia.As such, we added the AdvisorSmith Cost of Living Index as a factor in the calculations.

However, there is more to life than making money (nationwide, general dentists earned an average of $180,830 in 2020). That’s when we started adding such factors as overall economy, public safety and so forth. Our complete list of metrics is:

Included, where available, is information about the total number in that profession for the community. Nationwide, there were a total of95,920 dentists in 2020.

In addition to BLS, we refined our rankings from personal finance website Wallethub.com, U.S. News & World Reports’s Healthiest Communities study, and data from centers For Disease Control for longest life expectancy, by state.

With no further ado…

The 70 dentists who live and work in the Bloomington, Illinois area earn an average of $226,570 per year, and they have a low COLI. Like their colleagues in the rest of the state, they can boast about their number two ranking for overall oral health, which means they are doing a great job. Unfortunately, community health, economy, and public safety rankings are low, which helps push them to the bottom of the top 10.

180 miles to the west of our number one entry is Eau Claire, Wisconsin. There are 120 dentists in the area earning around $202,700 a year. But, with a location quotient of 2.29, that means there's plenty of competition, which is probably a side effect of a low COLI. Like their colleagues in Appleton, Wisconsin, these dentists can also boast their number one ranking for oral health. However, what pushes Eau Claire toward the bottom of the top 10 are low rankings for education, economy, and public safety.

Photo courtesy of the City of Eau Claire

There are around 90 dentists living and working in theChampaign-Urbana, Illinois area. Like the other dentists in Illinois, their professionalism and skill earn them the number two spot for overall oral health. They earn an average of $224,620 per year, and they have a somewhat high location quotient, meaning that there is a little more than an average amount of competition. The area’s public safety is also very favorable. What drags them towards the bottom of the top 10 is someone low rankings in community health, education, and the area’s economy.

The 60 dentists who live and work in Peoria Illinois turn an average of $246,360 a year. They have a low COLI and a very low location quotient, both of which are very favorable. But the area’s education and community health are low, which may be factors keeping more dentists away from the area. Stress and life expectancy are near the middle of the pack, but a very telling number about how well the area’s dentists perform is their number two ranking for oral health.

It should come as no surprise that Rochester, Minnesota (the home of the Mayo Clinic) gets such high rankings in life expectancy, oral health, and stress. The 120 dentists who live and work in the area earn an average of $193,890 a year (which puts them slightly above the national average), but their location quotient means that there is a fair amount of competition. On the other hand, they have a somewhat low COLI, allowing them to do more with their money, which is helpful, because the local economy is lower than one would expect.

The number six entry, the Burlington-South Burlington, Vermont area, is a great example of why salary is not enough reason to base one’s decision on where to live and work. While dentists in this area earn the most of anyone in the top 10 (an average of $266,760 per year) there are 220 dentists in the area, with a location quotient almost three times the national average. That means there's a lot of competition for jobs. Their COLI is also the highest of the top 10, which means that dentists must spend more of their money to live in that area. However, life expectancy and stress rankings are low, which speaks to the area’s quality of life.

While the previous three entries have strong rankings for certain metrics (like Appleton’s number one oral health rank), the numbers start slipping deeper to the middle of the pack by the time we get to the number four ranked area. The 70 dentists who live in work in the Blacksburg-Christiansburg-Radford Area of Virginia are very well compensated (they earned an average of $243,280 a year) and the COLI is low, meaning they can do more with that money. But, other factors, including the area’s economy, oral health, and stress helped contribute to their number four positioning.

There are 50 dentists serving the population in the Mankato-North Mankato area of Minnesota. The dentists here earn about 15 percent less than the dentists in the top two positions (and their COLI is a little bit higher), but the additional metrics tell another story. The area is very safe, and when we look at factors like life expectancy, oral health, and stress, it’s easy to see why quality of life is so high.

The 100 dentists serving patients in the north Georgia nonmetropolitan area (which includes Rabun, Lumpkin, and Toombs counties) earn more and have a better COLI than the doctors in the number one spot, but such factors as public safety, life expectancy, oral health, and stress levels conspire to keep it from the top spot. That being said, the number two area is still a great place for dentists to live and work.

The top spot goes to Appleton, Wisconsin, a city of 74,000 people served by 100 dentists. That area earns it stop spot for several reasons, not the least of which is that the dentists who work there earn an average of $234,020 a year with a cost-of-living index (COLI) of 90.7 – meaning that it’s about 10 percent less expensive to live there than the national average. Even more telling is that they rank number one for the area’s oral health, which tells us that those doctors are doing a fantastic job.

With any top 10 list, there is a natural inclination to say, “Well, if those are the best places to live and work, then which of the worst?” Let’s jump past 380 or so other cities and get to the bottom 5 cities.

The best of the worst is theShreveport-Bossier City, Louisiana area. There are 110 dentists in this area earning about $95,340 a year, which is the 359th ranked salary in the country. Their location quotient is less than the national average, which means that competition isn't too fierce. Their COLI is just a little bit higher than the national average, so they might have to do a little bit more with their money. There are other metrics which help contribute to their position on this list, including economy, public safety, and community health. Regrettably, their oral health ranking is low, but not the worst.

We don’t know exactly how much the 40 dentists serving the Dover, Delaware area earn – that number was not reported. However, whatever they're earning, they must be able to do more with it, because their COLI is a little higher than the national average. The area’s oral health is in the middle of the pack, but their community health, public safety, and stress levels explain more of their positioning in the bottom 5.

There are 230 dentists in theStockton-Lodi, California area. This was another case where we don’t know how much they earn, but we do know that their location quotient is about 30 percent higher than the national average, meaning that there is plenty of competition. Also, their COLI is 113.6, meaning that they must spend more than the national average to live in the area. Other contributing factors to their number three position on the bottom five list are poor rankings in economy, public safety, and oral health. On the other hand, they do benefit from coming in second place for life expectancy.

The dentists who live in work in Charleston, West Virginia, earn an average of $106,250 a year. Their COLI is about 16 percent less than the national average, which means they can do more with that money. Unfortunately, other factors make the area less attractive, including community health, education, economy, public safety, and stress. Maybe the worst thing that can be said is that they're ranked number 50 in the country for oral health.

Rounding out the worst places for dentists to live in work is the Gulfport-Biloxi-Pascagoula, Mississippi area. We don’t know exactly how much the 70 dentists who live in work in this area earn, but they have a very low COLI, which is some good news, at least. But it’s downhill from there. Education, community health, and public safety are all very low. Mississippi ranks 41 for life expectancy and stress is very high. They do have the dubious honor of coming in as the worst area for oral health. They have a very low location quotient, meaning there just isn’t a lot of competition in the area, which is likely explained by these unfortunate metrics.

4 Artists Who Found Inspiration in Teeth 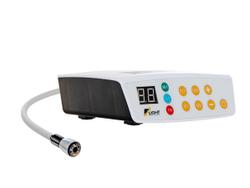