Once again my schedule in the Dental Lab Products newsroom prevented me from attending this year’s Consumer Electronics Show in Las Vegas, but like many followers of all things high tech I eagerly followed news breaking from the show’s expansive exhibit halls.

Once again my schedule in the Dental Lab Products newsroom prevented me from attending this year’s Consumer Electronics Show in Las Vegas, but like many followers of all things high tech I eagerly followed news breaking from the show’s expansive exhibit halls.

Coming just after New Years, CES is something of an annual weather vane for the technology sector. Most of the companies behind the smartphones, computers, TVs, cameras and other gadgets powering their lives are on hand to show off what they hope will be the next must-have device. Everything on display is trying to be noticed on its own merits, but when the show is looked at as one entity it provides a nice picture of what innovations and enhancements will take over the marketplace.

State of the art

This year the show broke records for attendance and exhibitors, but bigger isn’t always better. In the past companies have used the show to launch new technologies such as 3D TVs, Android tablets and a range of gaming systems. Sometimes there’s even a singular item rather than a category that becomes the talk of the show. This year there was none.

Sure there were ranges of similar products to be found from companies big and small, and they can be lumped into neat little categories or given fancy new names. But just because they’re continuing to build (and rebuild) better, faster and stronger 3D TVs, tablet computers, laptops and smartphones, slapping a new name on them doesn’t change the fact that the newest generation of these devices are evolutionary steps rather than entirely new and exciting mutations.

Still a show this big had plenty to offer and technology fans still have plenty to get excited about. Devices of all sorts are going to be getting better, faster, stronger, more capable and more connected. The top-of-the-line gadgets on display interact like never before and bring more power, information and applications to bear in packages that get easier and easier to command. And, if there had to be a trend this year, it’s that they’re doing all of this in ever-slimmer packages.

If there was one buzzword surrounding this year’s event it was Ultrabook. Basically this is just the new term Intel trademarked for extra slim laptops. While the netbook craze of a few years ago presented the world with underpowered laptops in small packages, the latest laptop models are full-featured top-tier computers in paper-thin packaging.

Just about every computer manufacturer was in on the Ultrabook craze with thinner, lighter models that pack plenty of computing power and high quality screens. Of course, this form factor really isn’t all that new to the marketplace. Apple basically invented the Ultrabook category with the launch of the MacBook Air four years ago, so the gaggle of skinny laptops on display at CES were really the Windows based laptop makers playing a bit of catch up.

Laptops shedding inches and pounds follows the general trend of computing following Moore’s Law of things getting more power as they shrink in size. Processors, batteries, screens and hard drives are all at the point where they can be packaged in almost ethereal bodies. Lugging a heavy laptop around soon will be a thing of the past for most people who need to travel with a computer.

With both netbooks and tablets computing sacrifices are made. Netbooks sported small screens, underpowered processors and cramped keyboards. Tablets have no physical keyboard, and until the launch of Windows 8 later this year, they mostly run on scaled back mobile operating systems such as Android and iOS.

So while the Ultrabook invasion might not be groundbreaking, it’s certainly a welcome development in the computing world. There were even a few exciting innovations at the show such as Lenovo’s IdeaPad Yoga, which will be launched with Windows 8, a touchscreen and easy conversion from laptop to tablet via a custom hinge. It’s too big to be a tablet, but offers high quality laptop specs and could herald the merged future of these two form factors.

Laptops weren’t the only devices getting slim for the new year. TVs are really living up to the name flat panel, but it’s their other capabilities that are starting to make some headway. 3D sets were all the rage two years ago and while they haven’t made a huge commercial impact, glasses free screens continue to get better and ways to bring online content to the big screen are growing more abundant.

Whether it’s via the ever smaller Roku Streaming Stick, which is the size of a flash drive, or integrated connections, the Internet will be coming to TV screens of all sizes, and this will further blur the lines between broadcast, cable and streaming channels. This could mean more on demand viewing of all types of programming, if the networks creating the programming ever grasp that the public likes this model.

Controlling the TV is also getting easier, as more and more sets debuted with the ability for a smartphone or tablet to take the place of the remote control. A few sets were even designed to listen to voice commands. This could make looking for the remote control a thing of the past. Smartphone, tablet and voice command features also are coming to devices around the house and office. Technology on display showed off the ability to remotely control thermostats and other appliances. One standout appliance was Thermador’s Freedom, a full-surface cooktop that recognizes the shape of the pot and heats just the surface beneath the desired cooking vessel.

One technology area moving from commercial into consumer products that should be familiar to the dental lab industry is 3D design and production. MakerBot debuted is latest, the Replicator, a 3D printer for making plastic objects at home. It’s still a long way off, but 3D scanning and printing for the home is looking more likely than ever.

Close to the vest

Of course even if there weren’t any game changing gadgets unveiled at CES 2012, that doesn’t mean this won’t be an exciting year for new technologies. Apple is always notably absent from the Las Vegas event, choosing to have the stage all to itself and debut its innovations at stand-alone events.

Other companies are following this model for the launch of flagship smartphones and tablets. Microsoft, of course, will launch the highly anticipated Windows 8, which is designed to be a single OS that bridges the gap between desktop PCs and the mobile world of tablets and smartphones.

The pace of technological development remains rapid and an event like CES is a great way to stop, take stock and then take a few minutes to let things sink in. The next big announcement is likely just a few days away. 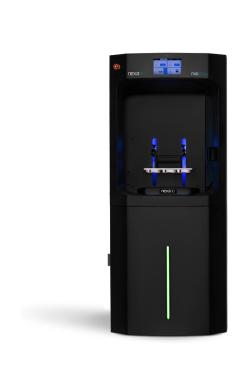 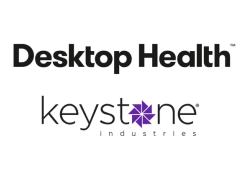