The stinkiest states? Where people across the United States are searching for 'bad breath'

Kevin Henry was formerly the group editorial director for Advanstar Dental Media and has more than 15 years of experience in the dental publications field. You can follow him on Twitter (@kgh23).

We’ve all been there … talking to a person whose breath smells like they just finished off a buffet straight out of the trash can. Call it halitosis or bad breath or whatever you like, but it’s just plain nasty.

We’ve all been there … talking to a person whose breath smells like they just finished off a buffet straight out of the trash can. Call it halitosis or bad breath or whatever you like, but it’s just plain nasty.

Bad breath seems to be an epidemic of times. So where in the United States are people most curious (or worried) about the odor coming out of their mouths? We went straight to Google to find out.

Google has become such a big part of our culture that it’s now a verb in many of our vocabularies. Hey, I know I’ve often said, “Hang on, let me Google that” as I pull out my iPhone. Your patients are no different.

For every search term out there, Google using a ranking system of 0-100 to see exactly how “hot” a search term is. According to Google, “The numbers on the graph reflect how many searches have been done for a particular term, relative to the total number of searches done on Google over time. They don't represent absolute search volume numbers, because the data is normalized and presented on a scale from 0-100. Each point on the graph is divided by the highest point, or 100. When we don't have enough data, 0 is shown.”

It’s been an interesting cycle for “bad breath” searches over the last 10 years. The highest month on average has been January (74.1), but then the search traffic trickles down to the lowest month (June at 55.4). However, it then begins to rise every month until it gets back to January (its highest point), when it begins to drop again.

So where are your patients searching for “bad breath?” 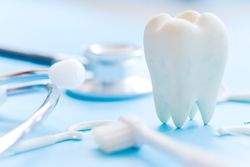 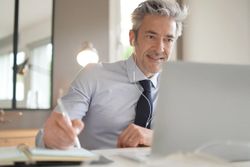 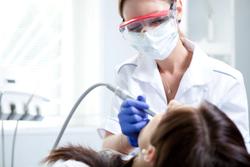