Picking up the pieces when a dental restoration fails

Musicians have been singing for decades about how nothing lasts forever and, unfortunately, the lyric masters’ wisdom applies to more than just love or success. Dental restorations also fall prey to the old adage, despite our best attempts to prevent it.

And while some of these contributing issues are out of a clinician’s control, others, like adhesive failure, can be addressed, if a clinician takes the proper steps.

“The old saying about ‘insanity is doing the same thing over and over while expecting different results’ is especially true when it comes to bonding,” says Dr. John Flucke, DPR’s technology editor who practices in Lee’s Summit, Missouri. “When something fails, that failure needs to be analyzed from multiple directions to find the solution.”

Analyzing that process and taking the appropriate steps to remedying any underlying bonding or adhesive issues can greatly increase the chance of restoration success. But where should clinicians start?

Identify interface issues
There are several steps clinicians can take to identify what caused the restoration failure. Dr. Flucke emphasizes figuring out where the bond failed should be the first place clinicians look.

By identifying which bonding site suffered failure, the clinician can make further determinations about the cause of the failure.

“Just identifying this piece of the puzzle can tell you a lot about the problem,” Dr. Flucke concludes.

Continue reading on the next page

Dr. Jeff Lineberry, a general dentist practicing in Mooresville, North Carolina, agrees, and adds that it’s important to look at external factors that may have contributed to the failure.

“The most common thing to look for is where it failed,” he reiterates. “Did it fail at the tooth/cement interface, or the cement/restoration interface? But were there other factors, such as parafunctional habits?”

Examine wear and tear
Identifying the interface where bonding has failed can give clinicians critical clues as to what may have caused this failure. While issues with cement are common sources, it’s important to rule out other external factors that may have triggered the failure.

For example, parafunctional habits, abnormal forces and tooth condition can all contribute to restoration failure, and are often common culprits.

“In my practice, the main cause of restoration failure would be due to parafunctional habits,” Dr. Lineberry says. “Most failures have been due to patients clenching or grinding. I attempt to get patients engaged in managing the habits, but it is very patient-specific as to whether they follow through on managing it or not.”

“It’s a process of elimination,” adds Dr. Jennifer Sanders, a general dentist in Frenchtown, Montana. “A restoration has come off-why? Look for decay or abnormal forces or any other external factors. If it’s not any of these, then you can assume it is likely adhesive failure.”

Improve isolation
Isolation can be one of the trickiest steps in adhesive dentistry, but it’s also one of the most critical. Ensuring the field stays clean and dry can be the difference between adhesive success and failure, since the whole bonding process is predicated on a moisture-free process. If adhesion has failed in the past, there’s a good chance it can be attributed to isolation issues.

“Improper isolation is a major contributor to restoration adhesive failure,” says Dr. Sanders. “It’s critical to use care to isolate.”

Related reading:Getting the most out of your dental composites

Since preventing contaminants, moisture and saliva from invading the field is the holy grail of successful bonding, Dr. Flucke recommends getting all hands on deck for adhesive procedures.

“Isolation is absolutely critical,” he says. “Whether by cotton or devices such as Isolite or DryShield, it’s incredibly important. I recommend four-handed and sometimes even six-handed dentistry. Even in situations where EFDAs can cement crowns on their own, it is better to have four hands in the process just for the isolation alone.”

If the proper protocols are followed, but isolation is still very difficult, Dr. Sanders advocates switching to a cement that is more moisture tolerant to help prevent future failure. “If it just isn’t working, I will often go to a different cement.”

Learn from experience
So, how can clinicians avoid adhesive failure in new restorations as well as replacements? In addition to good isolation and proper bonding technique, staying up to date on proper protocols and complying with manufacturers’ instructions for use (IFUs) are important steps for ensuring adhesive success.

“Following IFUs is critical for long-term success,” Dr. Flucke explains. “All adhesives have their place, and when the IFUs are followed, most work very well.”

Additionally, working with an adhesive system you know well, with steps you understand, can help avoid confusion during the bonding process. But it’s important to be flexible; if a bond just isn’t holding, you may need to adopt a different system or cement. Dr. Flucke suggests the following for evaluating if you need to make a change:

In the end, it’s about evaluating which bonding techniques and strategies are working and which ones aren’t.

“Review your notes after a case and see what could have been missed or done better,” says Dr. Sanders. “Then take the appropriate steps to very carefully cement again.”

So, while bonds may not last forever, taking these steps can ensure they succeed more regularly.

“Take some time and revisit what happened and why,” Dr. Lineberry says. “Did you not have proper isolation? Or maybe you didn’t follow the manufacturer’s protocol or maybe it wasn’t as good as you thought it was. Whatever it was, taking time to identify where the issue arose can help you prevent it from happening again.”

2. Bernardo, Mario et al. Survival and reasons for failure of amalgam versus composite posterior restorations placed in a randomized clinical trial. The Journal of the American Dental Association, Volume 138, Issue 6, 775 – 783 (2007). 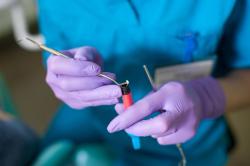 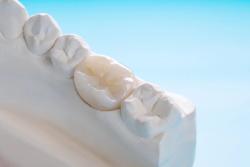 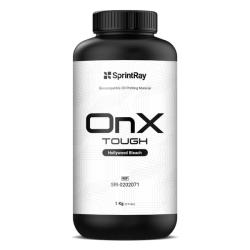