In the midst of stricter infection control protocols, autoclave monitoring is often overlooked. The Tuttnauer MiniBio and the 3M Attest can change that.

We’ve seen a lot of changes in the past 6 months. In some ways, it seems time truly flies, but with the next breath, you can hear yourself thinking, “Wait, that ‘just’ happened?”

This is a really strange time to be alive. In the short span of 6 months, we have seen our lives and our practices practically turned inside out. So many things have changed that I sometimes feel it’s almost too much to process.

A true story here: Last week, I met an acquaintance whom I had not seen since before the entire coronavirus disease 2019 (COVID-19) catastrophe. He’s a gregarious “big” personality who just lights up any room he enters. He walked up to me and stuck out his hand. There was a brief moment where I just locked up, unsure of what to do. Then, I figured, “This is why we have hand sanitizer,” and I shook his hand. For those of you who know me, I’m a touchy-feely type, a hugger—but I hadn’t shaken a hand in more than 6 months. It felt creepy—the same kind of creepy I’d probably feel if I reached into a mouth without wearing gloves. Until I got back to my hand sanitizer, I was almost painfully aware of my right hand and what might be on it. I sure as heck didn’t get it near my face! As soon as I could, I slathered on hand sanitizer and then sat back to ponder how different this was from just March of this year.

For more than 30 years, dentistry has had an amazing infection control protocol. We have always been on the forefront of keeping our patients and our teams safe. And we ought to be doing these things. I would venture to guess that we probably perform more outpatient services that generate aerosols than any other profession in health care.

I am very proud of what we have done in response to the COVID-19 pandemic. Dentistry has taken huge steps in the last few months to ensure the safety of those we treat and those we employ. Just even walking into most offices now looks totally different than it did 6 months ago and that’s before you take into consideration the clinical changes we have implemented.

As Technology Evangelist, I’m always on the hunt for better, more efficient, and cost-effective ways to provide better outcomes for our patients and for our practices. One phrase never fails to elevate my blood pressure: “But we’ve always done it that way.” I’m a firm believer that better ways to do things are always waiting just over the horizon. All we have to do is find them.

In the situation we currently face, a great deal of time and treasure has been put toward our protocols for infection control. Our profession has implemented massive changes in our infection control processes and systems, many of which are devoted to decreasing the odds of cross-contamination.

I’d like to discuss, though, a part of the system many of us probably haven’t looked at closely in quite some time: monitoring our autoclaves. I think this is because autoclave use often happens where and when the doctor doesn’t really see the process, and it has become just another standard task that is usually done by a delegated dental assistant.

Currently, most offices are utilizing some type of “sterilization monitoring service.” Such a service works like this:

The monitoring company sells the office a supply of spore test strips. Of each set of 2, one strip is placed into the autoclave and processed in a normal sterilization cycle, while the other strip is not run and is used as the control. Upon completion of the sterilization cycle, the strip is removed from the autoclave and then both strips, properly identified as test and control, are sent to the testing facility.

With a failed test, the dental office must be notified right away. Once notification is received, the autoclave is immediately taken out of service. A second test is run. If this test shows success, the previous test is considered an aberration and all is well. However, if a second failure occurs, something is seriously wrong with the autoclave and it requires service by qualified personnel.

This testing system works, but the real problem is the amount of time involved. If the test results are sent by mail, several days can pass between a failed test and the office’s receipt of the notification. Also, if a second test is required, at least the same amount of time is “downtime” for the autoclave until a “pass” is received back.

Now what if there was a way for the office to know the results of these tests in less than half an hour? Would you be interested? I thought you would.

Two systems—the Tuttnauer MiniBio and the 3M Attest—have come to market and can do just that. These systems consist of an incubator and test-tube–like devices filled with spores and growing medium that are referred to as biologic indicators (BIs). I’ve been putting both systems through some clinical trials in my practice for well over a month.

In a manner similar to the spore strip test described above, an office takes one BI and marks it as “test” and another from the same box marked as “control.” The test BI is run in a normal cycle. After the cycle, the tube should cool for 10 minutes. Then (in both brands) you break the seals on 2 tubes that mix any spores that are present with a growth medium. Next, you place both tubes, containing the control and test strips, into the incubator. The incubator then warms the BIs and monitors the tubes for fluorescence, which indicates spore growth.

If the incubator detects growth, a fairly loud beeping alarm sounds and the well that contains the failed tube is identified. On the 3M Attest, the failure is shown by a lit-up “+” sign; on the Tuttnauer, it’s denoted by a red LED light.

Because there is always 1 tube (the control) that will test positive, the alarm will always go off. I think this is a good feature because it lets the user know the system is indeed working.

The Tuttnauer MiniBio has 3 wells, so it can test 2 autoclaves and the control simultaneously. Positive and negative results are indicated by green and red LEDs, and the device also contains a tiny printer. All results are printed on a thin strip of paper that can be saved for record-keeping purposes. The device definitely has a remarkable high-tech look, and even better, it runs the test cycle in an impressive 20 minutes.

The 3M Attest has 4 wells but lacks a printer. The LED indicators are built into the device’s side. In addition to “+” and “–” for pass and fail, these LEDs also show the time left in the test. This device runs a test in 24 minutes (versus the MiniBio’s 20), so you’ll see “24…23…22…” etc, to indicate the time remaining. 3M definitely went for a ‘less is more’ esthetic with this device.

Each device also has a USB connection that allows results to be downloaded to a computer that runs software created by each company. The office can then digitally monitor and record results for safe, effective long-term record-keeping.

As for costs—which we must consider—I find both of these products to be incredibly affordable for the peace of mind they deliver. My best current information is that each incubator sells for around $600. The BI tubes cost around $4 each for the MiniBio and $5 for the Attest.

The biggest plus is the speed at which you get the results. Gone is the era of waiting days for them. Now, you can run a test quickly and extremely accurately in your office, anytime you would like, and have those results in less than half an hour. Again, I’ve been using both devices for more than a month and have been very impressed with the performance of both.

In a world where we are trying as hard as possible to ensure the strength of our decontamination, protection, and sterilization processes, in-house monitoring of a critical system such as this is essential. I can’t imagine going back to the “old” way. 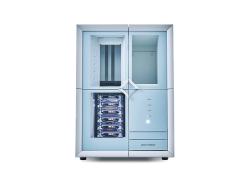 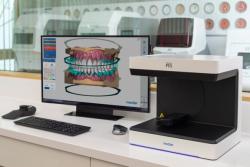