Op-Ed: The government shutdown and your dental practice

While we have all been focused on the launch of the Affordable Care Act (often called Obamacare) and the stalemate in Washington that has resulted in a partial government shutdown, there is perhaps a more dire date on the horizon that dentists and dental team members should be watching.

While we have all been focused on the launch of the Affordable Care Act (often called Obamacare) and the stalemate in Washington that has resulted in a partial government shutdown, there is perhaps a more dire date on the horizon that dentists and dental team members should be watching.

October 17 is exactly two weeks before Halloween, but it could be a far more frightening day. Our government has until that day to stop the shutdown or the U.S. Treasury exceeds its borrowing capacity. Simply put, if October 17 comes and goes without a resolution in place, the United States won’t be able to pay all its bills in full.

"There's a consensus that we shouldn't do anything that hurts this recovery that's a little bit shallow, not very well established and is quite vulnerable," Lloyd Blankfein of Goldman Sachs told reporters after the meeting. "The shutdown of the government and particularly, a failure to raise the debt ceiling, would accomplish that."

Twelve of the nation’s top financial leaders, including Blankfein, walked into a meeting with President Obama earlier this week to warn him and his colleagues of the consequences of a default. According to the Wall Street Journal, “The executives stressed to the president the importance of Main Street understanding the economic ramifications of a default well before the U.S. runs out of borrowing authority.”

Main Street is you, your team members, and your patients … the same folks who were recently checking the sky to make sure it wasn’t falling. Those eyes are about to look skyward again.

We’re heading into the final few weeks of the year and also into the holiday shopping season. For the past few years, it’s been a delicate time for your patients. Let’s face it, we’ve just navigated through some years where patients have weighed whether they should visit your practice or buy an Xbox for their kids. You and I both know who wins that battle.

In its first few days, for the most part, the government shutdown has done little to impact us (unless you planned on traveling to a national park or try to apply for a federal mortgage). But make no mistake that our country defaulting on its debt would impact your patients and your practice. Let’s hope it doesn’t happen … but if it does, you need to be prepared.

What advice can we give you? One of your colleagues, Dr. Guy Gross of Salina, Kan., offered me some words of wisdom in a call earlier this week.

“I remember when the economy was hitting the skids, we held a team meeting and sat down together. We didn’t talk about the bad news, but rather all of the great things that were happening in our practice. We all committed right then to not participate in the recession and we even signed an agreement affirming that. We lined out a course of training and hard work so that the economy wouldn’t affect us. Sure we had to hustle, but we made it work. We knew we had to be a better organization from top to bottom and we became that. We knew people were going to be spending less on elective services, so we figured out how we could better manage our time.”

Dust off the speech you gave about how the economy won’t affect your practice and make sure your entire team is on board. If October 17 passes without a resolution, you’ll need it. 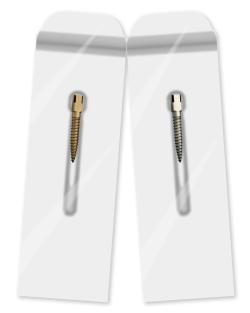