Blueberries are a popular snack, but do their benefits go beyond their satisfying taste? Absolutely, says a new study by the American Chemical Society, which found that blueberries could help treat periodontitis and reduce the need for antibiotic therapy.

Blueberries are a popular snack, but do their benefits go beyond their satisfying taste? Absolutely, says a new study by the American Chemical Society, which found that blueberries could help treat periodontitisand reduce the need to antibiotic therapy.

Gum disease and periodontitis are caused when biofilms or plaque are formed on teeth by bacteria. The resulting gum inflammation can sometimes necessitate antibiotic treatment. With a rise in antibiotic resistance, however, alternative approaches to dealing with oral bacteria have become crucial. As a result, researchers have been exploring natural antibacterial compounds to treat gum disease.

With this in mind, researchers turned to blueberry polyphenols (which help combat foodborne pathogens). The study authors hoped that blueberries, which are filled with antioxidents and have shown benefits for people with high blood pressure, could also be effective in fightingFusobacterium nucleatum, a type of oral bacteria closely related to periodontitis.

The extract was thus successful in inhibiting the growth of these bacteria, and handicapped its ability to form biofilms on teeth. Additionally, the extract blocked a molecular pathway involved in inflammation, further helping to prevent negative effects of gum disease. These benefits could replace the need for antibiotics in treating periodontitis and other gum disease.

Due to the positive results of the study, the researchers are now developing a device that could be used after deep cleaning that would provide a slow release of the blueberry extract to help treat periodontitis.  Other studies, including one out of Shanghai Jiao Tong University, are exploring other options for antibiotic alternatives. The Shanghai study found that graphene oxide successfully destroyed cell walls and membranes of bacteria, slowing the development of oral infections.

RevenueWell Expands Into Digital Marketing With Acquisition of PBHS 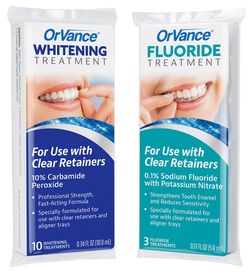