With Go, clinicians intraoperatively set the location and angulation of the implant using the drill tip, combining the best of freehand surgery with the precision robotic guidance, according to a press release from Neocis.

With its limited market release, YomiPlan Go was used for both partially and fully edentulous cases. Dr Guillermo Chacon was a participant in the early release.

“With YomiPlan Go, there’s no bouncing around as you drill up in sequence in fresh molar extraction sites, which can happen when placing implants freehand,” Dr Chacon said in the press release. “This allows you to achieve a more reproducible position without sacrificing time.”

YomiPlan Go is part of the larger YomiPlan suite of software. It is available now. 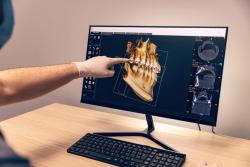