Moving caries detection and patient engagement into the 21st century

A Dental Hygiene case study showing how The Canary System can move your practice into the future.

What is our role as a dental hygienist? We provide preventive and periodontal care, overall health management including a complete review of medical history, oral cancer and blood pressure screenings, patient education and engagement toward optimal oral health, take radiographs and the list goes on.

One role that is often not clearly defined is that of providing the doctor with a road map for the hard tissue exam. The goal is to provide a comprehensive diagnosis within the allotted time scheduled for the hygiene appointment. The more information we can give the doctor prior to the exam, the more efficient the doctor’s exam will be, especially in the examination of hard tissues.

Unfortunately, the most common methods used to assess these tissues have traditionally been limited to radiographs, visual exam and probing with an explorer, which is harmful to the tooth.1,2,3 All of these tools fall short in detecting early decay.

In the 21st century we have The Canary System®, a non-cutting diode laser for assessment of changes in the crystal structure of teeth, allowing for detection of decay sooner, more accurately and reliably than traditional means.  The Canary System offers an opportunity to examine all hard tissues4-including pits and fissure5, smooth surfaces6 and interproximal surfaces-to track remineralization7 to evaluate the status of a fracture and detect decay around fillings and through dental sealants. The Canary System finds decay before it is before visible on the radiograph.9,10,11

Next: A case study showing The Canary System in action

During a six month recall exam, radiographs were updated for a 46 year old male with a history of routine preventive care and excellent oral hygiene (Fig. 1). Early carious lesions were evident on the mesial surface of tooth #4 (maxillary right second bicuspid) and distal surface of tooth #5 (maxillary right first bicuspid) but appeared to be confined to the outer half of the enamel, and did not involve the dentin. Typically, the dental hygiene assessment concludes with a caries risk assessment and discussion related risk factors with the patient. The final assessment, diagnosis and treatment plan are left for the doctor to determine if the decay has extended beyond the dentin-enamel junction (DEJ), and also to determine if the tooth requires treatment, monitoring or remineralization; sometimes a difficult decision.

To help with this decision, The Canary System was used to obtain an intraoral image and detailed information about the status of the crystal structure on both proximal surfaces. The Canary Number (CN) generated by the system is displayed, heard and recorded. The Canary scans provided objective information and took less time than a traditional assessment. Additionally, the doctor was provided with quantitative information for the hard tissue examination.

In this case, the Canary scan showed that the lesions were more substantial than indicated on the radiographs. On tooth #4, which had an existing disto-occlusal composite, the CN was 34 on the mesiolingual surface and 43 on the mesiobuccal surface. On tooth #5, the CN was 12 for distolingual surface and 36 on the distobuccal surface. Overall, Canary Numbers were lower on the distal surface of #5 than on the mesial surface of #4, indicating that the lesion was larger on tooth #4 (Fig. 2). Canary Numbers above 20 on an interproximal surface indicated an advanced lesion (Fig. 3; see page 1).

Based upon the patient’s history, compliance and desire to avoid costly dental treatment, a preventive treatment option was offered in an attempt to remineralize the interproximal lesions. The protocol involved an office fluoride varnish application with 3M ESPE Vanish Varnish and use of 3M ESPE Clinpro 5000 toothpaste at home. The areas were rescanned with The Canary System 6 months later with no reduction in the CN. Further review of risk factors revealed that the patient continued to consume one to two carbonated sugared drinks per day, which likely interfered with the remineralization process. Based upon the Canary findings, tooth #4 underwent restorative treatment. As soon as the mesial portion was opened, a large lesion was found which extended beyond the DEJ (Fig. 5a). Visual examination of the distal surface of tooth #5 revealed an area of brown decalcification with no obvious pathology (Fig. 5b). The distal surface of tooth #5 was opened (indicated with a yellow arrow) and a large lesion into the dentin was found (Fig. 5c).

The caries process in its earliest stage begins as a white spot lesion. The Canary System can detect changes in the tooth’s crystal structure, even at this early stage,13 allowing one to use a variety of treatment options including prevention, remineralization and conservative restorations. In this case, The Canary System provided a more accurate measurement of the interproximal lesions than the digital X-ray. The results of preventative treatment could be measured and ultimately led to a restorative outcome because of the patient’s diet. What appeared on radiograph to have not advanced through the DEJ, upon examination with The Canary System, indicated penetration of caries past the DEJ. This was subsequently confirmed by clinical exam during the restorative visit.

Watch: How this practice is making prevention a priority

Patient engagement is a critical component in the treatment of any disease, including caries. The patient’s experience with The Canary System ultimately led to a better understanding of the risk factors for decay. He has since discontinued consumption of sugary carbonated drinks.

Control of the caries disease process lies in the hands of the patient, whether they are motivated by prevention of decay or saving money on costly dental procedures. Hearing the Canary Number allowed the patient to be engaged in the exam process, provided an easy to understand assessment of their oral situation and motivated the patient to make better choices to improve and maintain oral health. Wouldn’t it be nice after performing a Canary exam in hygiene, to have the patient say to the doctor “My Canary Number is 56.  What are we going to do about it?”

8. Silvertown JD, Wong BPY, Abrams SH, et al. Comparison of The Canary System and DIAGNOdent for the in vitro detection of caries under opaque dental sealants. Journal of Investigative and Clinical Dentistry 2016;In Press. 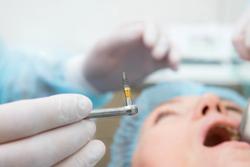 Caring for Patients with Implants in the Hygiene Operatory 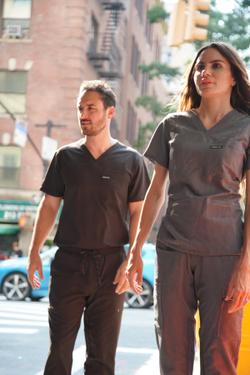 How Effective Are COVID-19 Vaccines for the Immunosuppressed?