Bringing together a variety
of voices for the best advice
and big ideas.

The set-up
“The connection between oral and systemic diseases has been well established. Dr. Mark Ryder provides an excellent overview of this extensive area. Of particular importance is the section on HIV where Dr. Ryder talks about the re-emergence of oral lesions in HIV positive patients”-Dr. Peter Cabrera, Team Lead

Over the past 20 years, there has been a growing interest in the possible connections between oral health in general and periodontal diseases in particular on overall systemic health.

The importance of this possible link is understandable when considering that periodontal diseases, taken as a whole, can be considered a “biofilm infection,” which of course is the bacterial plaque. If this plaque biofilm is left untreated, there is an acute and chronic inflammatory reaction to that biofilm.

Systemic conditions, medications and overall human health may have profound influences on the incidence, severity and clinical characteristics of periodontal diseases. More importantly, changes in the oral cavity in general and periodontal tissues in particular-which can be easily detected by direct observation, radiographs and clinical measures-may be the first indication of underlying systemic problems.

In this article, I will review some of the most important periodontal manifestations of systemic diseases and the dental practitioner’s role in monitoring these conditions.

The canary in the coal mine
Many dental practitioners have heard the oral cavity and periodontal tissues described as the “canary in the coal mine” or the “early warning system” for changes in systemic health. Why do some systemic conditions commonly present with clinical changes in the mouth and periodontal tissues? One answer is the mouth probably is exposed to a greater variety and number of bacteria, fungi and viruses than perhaps any other part of the body.

Facing such a huge pathogen challenge daily requires a completely functioning host protective system. Any impairment of one or more components of this system against can lead to inflammatory changes, destructive changes, overgrowth of pathogens or other events that are clearly visible in the mouth.

The more rapid turnover of some tissues in the mouth, such as the protective mucosal lining, gingival, connective tissue and supporting bone, makes these tissues more prone to underlying systemic conditions. I will present a brief overview of such oral manifestations of systemic diseases, followed by the changing story of HIV and the oral cavity.

What the mouth can tell us about overall health
When considering the bacterial load, chronic inflammation and rapid levels of tissue turnover in periodontal tissues, it is not surprising that many systemic diseases present with oral and periodontal clinical changes. For example the impairment of host defenses in poorly controlled diabetic patients will result in markedly enlarged gingival tissues and bone loss. Similar patterns of increased bone loss can be seen in patients with Down’s  Syndrome, diseases characterized by impairment of the host protective system such as neutropenia; leukemias (Fig. 1) and lymphomas; and a broad range of inherited and acquired diseases that result in impairment of one or more cells, proteins, etc., which are essential to combat infection.

Hormonal changes in pregnancy in the presence of even small pre-existing plaque biofilm deposits and inflammation can result in moderate to severe clinical gingival inflammation and enlargement, often accompanied with an inflammatory granulomatous tissue overgrowth. Certain medications, including dilantin for seizures, cyclosporine to prevent transplant rejection (Fig. 2), or certain calcium channel blockers for treating hypertension and/or cardiac arrhythmias, also can lead to inflammatory and/or fibrotic gingival enlargement of the gingival tissues. Patients on methotrexate therapy often present with ulcerations of the gingival tissue.

HIV in the oral cavity
It is well known in the dental community that the emergence of the HIV infection in the early 1980s was accompanied by an explosion of some common and some rarer oral conditions including candida infections, Kaposi’s sarcoma, hairy leukoplakia, and a variety of other bacterial infections. In addition, HIV-associated infections associated with the periodontium included a linear gingival erythema (Fig. 3), necrotizing gingivitis (Fig. 4), human papilloma virus, and most seriously a necrotizing periodontitis with both soft- and hard-tissue necrosis that could extend beyond the periodontal tissues (Figs. 5-7).

While candida infections often were an early indicator of HIV infection and the beginning of the decline in immune status, necrotizing periodontitis in these patients was usually an indication of a severe decline in immune function and marked increase in the HIV viral load as the patient progressed to full-blown AIDS. However, with the advent in the early 1990s of a combination of antiretroviral drugs and new antiviral approaches known as HAART (Highly Active Antiretroviral Therapy), there was a marked decline (and in some cases a near complete disappearance) of some of these more serious oral/periodontal lesions, as viral levels remained suppressed and immune function was preserved.

In addition, HIV patients can still present with signs of chronic periodontitis (Fig. 8). However, more recently, in several populations and geographical areas, these more serious oral lesions in HIV lesions have begun to reemerge.

Why has this happened? One possible explanation is that in some patients resistant strains of the virus have emerged to these drug combinations. Another explanation is the increase in new infections in vulnerable populations, particularly younger patients who are not aware they have the HIV infection.

Your role
This is just one of many examples of how important it is for dental practitioners to understand how oral and periodontal lesions can be a first indication of underlying systemic diseases and conditions. It’s important for clinicians to recognize these lesions and to be able to make the appropriate referrals when indicated.

Conflict of Interest Disclosure
Dr. Swift has conducted a research study funded by Kerr Corp. and has received an honorarium for writing this article. 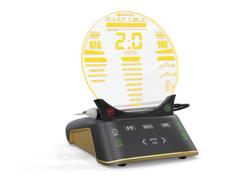 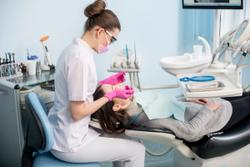