It’s all in the family at Brabant Dental Laboratory-the family of employees, that is. The lab, which is celebrating its 75th anniversary this year, has changed hands just twice in that time, and in both instances ownership was passed to dedicated employees. The Sacramento-based lab was founded in 1937 by Joseph Brabant, a denture technician who expanded the business into one of the first full-service laboratories in northern California.

It’s all in the family at Brabant Dental Laboratory-the family of employees, that is.

The lab, which is celebrating its 75th anniversary this year, has changed hands just twice in that time, and in both instances ownership was passed to dedicated employees.

The Sacramento-based lab was founded in 1937 by Joseph Brabant, a denture technician who expanded the business into one of the first full-service laboratories in northern California.

The next owner was James M. Ennis, CDT, who started at the lab in 1951 as a delivery driver on a bicycle. After working his way up as a technician, he took the reins from Brabant in 1970. While running the lab, he also worked in the Crown and Bridge department and hired the two men who would become his successors, Stephen “Kip” Lemos, CDT, and C. Neal Courter, CDT, who retired last year.

Lemos, who is current president of the 30-person lab, was in high school when he took his first job because he thought he might like to become a dentist.

“I wanted to learn a little bit about dentistry,” Lemos said. “That led to me really liking the lab business.”

After deciding not to become a dentist, Lemos, along with Courter, earned his CDT. And in 1979, he and Courter became partners with Ennis.

“He was my mentor,” said Lemos about Ennis. “He was supportive of everything I did.”

Lemos specialized in fixed prosthetics and Courter’s focus was on removables.

The lab, which doubled in size between 1986 and 1990, takes pride in being on the leading edge of technology including at the forefront of offering implants and sleep appliances.

Brabant also has built long-standing, strong relationships with its customers. Most of the dentists they serve are within a 50-mile radius of the lab.

Part of fostering that close relationship has been to offer educational programs, Lemos said. The lab frequently partners with manufacturers to provide educational seminars.

“We’ve never had an outside sales person,” Lemos said. “We’ve based our growth on providing that education to doctors and staff.”

In 2004, the company purchased its 14,000 square foot headquarters. About 2,400 square feet is devoted to educational space.

The chance to have a lab designed to his specifications was a thrill for Lemos.

“I built my dreams into the lab,” he said. “It was very exciting. I’m very proud of it.”

In celebrating the lab's 75th anniversary, Lemos said Brabant lab is promoting its dedication to "Made in America" and offering deep discounts for accounts trying new products or new accounts bringing cases to the lab. Lemos said the specials includ BruxZir crowns, a noble metal PFM crown “NobleCad”, a flat rate stay plate and an avoid embarrassment denture “AED” all priced at just $75 for the anniversary. A BBQ celebration for employees, family, friends and customers is being planned for the fall as well.

As much as technology is expected to change the business, Lemos said the skill and professionalism of the technician is still paramount.

“It’s not all about the computer,” he said. “I still really feel the technology is in the brain (of the technician.)”

Lemos has strived throughout his career to advocate and improve the professionalism of the lab industry. He has supported providing educational and training opportunities for his staff.

“My goal is to increase awareness of our profession and create a profession–not a trade. We’re an integral part of the dental family,” he said.

Lemos, 61, is planning his retirement within the next five years, and would like to have his employees take ownership, if it can be worked out.

“I believe in my people,” he said. “They’re a significant part of the history and growth of the lab. I’d like to pass the baton to them.”

As he anticipates planning a transition, Lemos said he has thoroughly enjoyed being in the lab business.

“I’m not at all sad I didn’t become a dentist,” he said. “I’ve enjoyed learning dentistry and applying it to the lab field.” 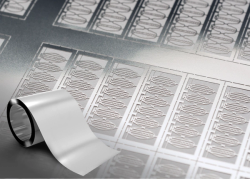