LED Medical Diagnostics has announced it has signed an agreement with the BC Cancer Agency to form a collaborative relationship with Genome British Columbia (Genome BC) to create and commercialize a progression-risk assessment test for oral cancer.

LED Medical Diagnostics has announced it has signed an agreement with the BC Cancer Agency to form a collaborative relationship with Genome British Columbia (Genome BC) to create and commercialize a progression-risk assessment test for oral cancer.

The test, the first of its kind for oral cancer, is based on a quantifiable genetic phenomenon known as “Loss of Heterozygosity,” or “LOH.”

“I am very excited to work with Genome BC and the BC Cancer Agency on a technology that could help clinicians distinguish between high-risk and low-risk oral pre-cancers,” said LED’s founder and director, Peter Whitehead.

“Until recently, a major barrier to oral cancer prevention has been the lack of validated risk predictors for oral premalignant lesions. In other words, there has been no way, until now, to know whether or not an oral lesion is likely to convert into cancer. This test, which measures specific genetic changes that have been shown to predict aggressive tumor growth, has the potential to lower oral cancer morbidity and mortality rates.”

Oral cancer’s reputation as a killer is based on statistical reality: the disease is commonly detected late, when the necessary interventions are profound, and the prognosis pessimistic.

“Throughout the development process,” said Whitehead, “we will strive to create the first test that quantifies the likelihood that an oral lesion will progress to cancer. Its modality as a minimally invasive, in-office procedure potentially means that high-risk lesions can be diagnosed earlier.

“The clinician, in turn, can fast-track patients who test positive for LOH onto the appropriate disease-management pathway, which will mean less invasive, less costly treatments, and more optimistic long-term prognoses. On the other hand, patients with lesions that test negative for LOH can be spared the psychological and physical trauma of unnecessary and costly interventions.”

The project, titled “Development of an actionable molecular test for risk assessment of oral precancers,” is funded by the Genome BC Strategic Opportunities Fund, and is designed to leverage research funded by the National Institute of Health and the Terry Fox Research Institute.

Dr. Catherine Poh, project Team Leader, is an Associate Professor, Faculty of Dentistry, University of British Columbia, and a Senior Clinician Scientist of the British Columbia Oral Cancer Prevention Program at the BC Cancer Agency. 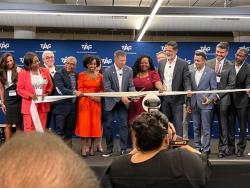 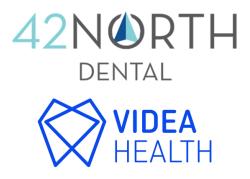 VideaHealth and 42 North Dental Partner Up 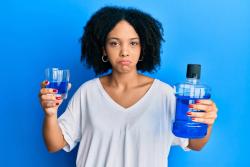 Chlorhexidine is the Evil Villain in your Dental Practice