Alitta Boechler is a marketing manager at Sikka Software. She holds a Doctorate of Audiology from the University of Iowa and an MBA from the Jesse H. Jones Graduate School of Business at Rice University. You can contact her at alitta.boechler@sikkasoftware.com or (408) 359-3014. For more information about The Practice Optimizer CompanyÂ® please visit https://www.sikkasoft.com/dental/sikka-apps/practice-optimizer-dental/

Managing payment for dental services rendered is an important part of running a business. Payments from patients and dental benefit plans provide the cash flow required to keep the practice open and serving the oral healthcare needs of the community. Although collecting payment from delinquent patients may be uncomfortable, it is a necessary part of keeping a practice healthy.

Accounts receivable numbers were measured by taking the average monthly accounts receivable balances from opt-in dental practices across the nation. Data is from January 2011 until June 2016. The data is HIPAA and HITECH compliant and is free of any patient or practice identifying information.  Data is collected with the goal of providing the dental industry and practitioners with the analysis required to benchmark practice performance and plan for managing cash flow and growth. More details and further benchmarking can be found at www.sikkasoftware.com.

This trend may be driven by several factors. The number of new patients seen by dentists has risen 19 percent during this time period and the average number of active patients has grown 11 percent, both significant amounts. This indicates that the patient base is increasing, so a corresponding increase in outstanding payments in the short term is expected. When practices see more patients, the number of patients using benefit plans or not paying in full at the time of service increases. However, the increase in patients only partially explains the 118-percent increase in accounts receivable for less than 30 days.

Another explanation is the payment method of the patients. This will be explored further below.

Continue to page two to learn about accounts receivable to gross production...

Fewer cash transactions during the appointment may account for the rise in outstanding accounts receivable balances under 30 days, because it may take time for the dental benefit company to review or process the transaction. Additionally, adjustments to payment may be made so that the patient may owe an outstanding balance after the benefit plan has paid out. Combined with the increase in active and new patients, these two factors are likely driving the increase in short term accounts receivable balances.

Comparing accounts receivable to gross production is a good measure of whether unpaid balances are becoming too high compared to incoming revenue. According to Dental Economics, 95 percent of patients should complete payment within two months of the time of service. If accounts receivable becomes too large, cash flow may suffer, limiting the ability to upgrade equipment or even draw a salary. Accounts receivable as a percentage of gross production reached the highest percentage in 2014, at 101 percent. 2016 has shown a significant improvement at 94 percent, indicating that, despite more cash being tied up for the first 30 days post service, more cash flow is entering the practice.

Accounts receivable is a measure of practice health; longer periods of payment delays can result in cash flow concerns. Although accounts receivable for under 30 days has risen significantly during the previous five years, overall, the percentage of accounts receivable to gross production has improved, meaning that dentists should see a positive reflection in their cash flow.

Track national and practice trends in accounts receivable, as well as other Key Performance Indicators, using Practice Mobilizer, the free and HIPAA compliant app for iOS and Android. The app includes practice analytics, the daily schedule and two-way text, picture and video messaging tools for communicating with patients. Find out more at www.practicemobilizer.com.

Data analysis by by Nilesh Malpeddi 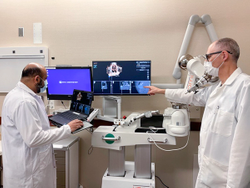 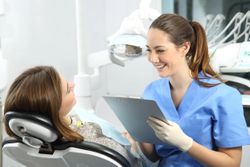