How To Achieve Saliva that Protects Patients from Disease 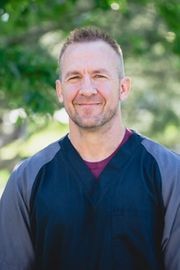 With the SillHa Oral Wellness System by ARKRAY USA, clinicians can work collectively with a patient’s family to help change course to a more complete oral and overall health.

The first aspect to personalized oral health care is understanding your patient’s saliva. The SillHa Oral Wellness System by ARKRAY USA is a new salivary analysis technology that helps your team objectively track the oral health of your patients and is one of the chairside screening tools you can use to better understand some biomarkers of your patient’s saliva. You can perform a chairside screening to look at 7 biomarkers in less than 5 minutes with 1 test.

By collecting and analyzing patients’ saliva at their initial appointment, and during any subsequent appointments, you will be able to see and track the benefit of early treatment (eg, periodontal therapy or caries control), preventive agents, and regular recare appointments in achieving and sustaining health for your patients. Additionally, the Oral Wellness System assists oral health professionals in finding a combination of preventive therapies that helps patients achieve saliva that protects them from disease rather than puts them at risk for it.

Case Study
Patient AA is an 11-year-old girl. She takes no medications, other than fluoride supplement with multivitamins, and has no contributory health conditions.

At the first visit, she presented with her mother. The patient’s behavior was age appropriate (Frankl score, 2).1

The parent received oral hygiene instructions including assisting with brushing and flossing until the patient reaches age 7, timing and education on the effect of frequent carbohydrate intake, trauma prevention practices, and fluoride status. The patient has been seen regularly, about every 6 months. For this case study we will start the discussion in May 2016 and use that as Appointment 1.

Our practice was using a simplified, nondocumented caries management by risk assessment approach to assess caries risk at the time. We also did not question specifically which carbohydrate sources were being consumed, only focusing on the “grazing” and “sipping” overall. Generally, at that time in our practice, the “grazing” conversation focused on limiting food to mealtimes and a midmorning and midafternoon snack with water or some other unsweetened liquid in between meals. The “sipping” portion of the conversation was an attempt to make the parent aware about keeping juices, milk, and any sugar-sweetened beverages with meals and defined snack times.

Recommendations: There were incipient lesions on the distal surface of teeth I and L. We discussed with the mother not restoring lesions because of size. We encouraged brushing and flossing and reducing carbohydrate intake frequency.

Recommendations: The first permanent molars had erupted at this time, so we recommended sealants.

We discussed incipient lesions again with the mother, and emphasized carbohydrate control and brushing and flossing twice daily.

Recommendations: We recommended sealants again to the mother. She had canceled a previous appointment and forgotten to reschedule. On radiographs, lesions on the distal surface of teeth I and L had progressed since the initial finding, so now we recommended restoration. We continued to emphasize carbohydrate control and brushing and flossing twice per day.

Treatment: Distal occlusal (DO) restorations placed on teeth I and L; sealants placed on 6-year molars

Recommendations: We continued with the routine education established at previous appointments.

Recommendations: No decay was noted, so we continued to encourage good oral hygiene practices along with carbohydrate management.

Recommendations: Incipient decay was noted onmesial/distal surfaces of tooth K and distal surface of tooth S, and we opted to watch lesions and hope they would not progress.We encouraged good oral hygiene practices along with carbohydrate management.

Recommendations: On the radiograph, incipient lesions were now present on the distal surface of teeth S and B along with the mesial of tooth K. Recurrent decay was present on tooth L. At this time, we had incorporated silver diamine fluoride (SDF) into the practice and discussed this with the parent. She agreed to try to halt the progress of decay with SDF of the incipient lesions. Again, we continued to encourage proper hygiene, especially flossing, and control of carbohydrate intake frequency.

4a-4b. Appointment 8: Treatment included placing SDF on mesial surface of tooth K, and distal surfaces of teeth B and S.

Treatment: Placed SDF on mesial surface of tooth K, and distal surfaces of teeth B and S

Treatment: Placed SDF again on mesial surface of tooth K and distal surfaces of teeth B and S; restored tooth L with a DO resin

Recommendations: We scheduled the patient for a 6-month SDF application from the last treatment. We also discussed 2-hour NPO (nothing by mouth) and no brushing prior to the appointment, during which we would perform a SillHa saliva analysis.

Recommendations: Because of the high acidity (76), low buffer capacity (2), and low ammonia (9) levels, we spoke with the mother and recommended a remineralizing toothpaste sweetened with xylitol and probiotics. The patient was to use the toothpaste twice per day, not rinse, and take nothing orally for 30 minutes after. We also instructed her to dissolve the probiotic lozenge every night and go directly to bed, with nothing taken orally after. Gingival inflammation markers, leukocytes, were high, so we recommended that the mother watch to see whether the patient was able to brush and floss adequately. We also scheduled a 3-month visit to check the patient’s progress upon using the new items.

Recommendations: We recommended continuing with the current course of treatment due to the fact that acidity (58), buffer capacity (18), and ammonia (66) were improving. The patient’s mother is to continue to monitor brushing and flossing; however, an increase in gingival inflammation was possibly caused by mobile primary teeth ready to exfoliate.

1. Proactive vs reactive: When treating this patient for the first 5 to 6 years, I, like many dentists, managed caries with reaction after reaction. It is possible that if I had used saliva testing with her from day 1, I could have noticed the environmental changes that favored disease over health prior to the evidence of the disease process.

2. Listen to the patient and family: During the early years of practice, we were focusing on doing rather than listening. At this patient’s initial appointment, we did not have an adequate dental history form. Reviewing this case, we realized we did not have the medical and dental history detail needed to truly assign risk status. With more detail, I believe we would have recognized clues to help us understand the higher risk for dental caries, and then, target therapies to address this risk. We learned later that the patient’s older sibling had been referred for treatment from a general practitioner because of their severity of disease.

3.Never watch! Certainly, one of the downfalls in our treatment of this patient was “watching” the cavities. I do not feel the lesions were restorable at first discovery, but we did not find a way to help stop the progress. SDF use was certainly coming on the scene at the time we discovered the first incipient lesions, but research and the product’s widespread use were lacking compared with today.

Additionally, we could have continued to address the risk in innovative ways at each appointment instead of staying the course. For one thing, a patient may not understand or want to participate in the previous goal. Setting new goals will help them acquire multiple health habits over time. One example might be that instead of having the same conversation about decreasing carbohydrate exposure, we could have made a goal to eat more protein snacks (hard cheese, nuts) or having a Basic Bites® snack after lunch.

When patients set new goals at each appointment, they are more likely to stick to them because, typically, people manage best when they set fewer than three 90-day goals. Over time these goals will become habits, and patients will not only be decreasing their carbohydrates, but eating high-protein foods, etc. The combination of 3 to 5 habits over the course of a year (high-risk patient seen Q3 months) will drastically decrease the patient’s caries risk, instead of the 1 goal of decreasing carbohydrate exposure.

4.Involve the family: Another way we mismanaged this case was by not involving the parent and patient adequately in the decision-making process. Luckily, in this situation, the mother was motivated to adopt the changes we recommended, but I have not always had that type of response. We have now acquired a menu to help the family choose what type of intervention they would like. We also have learned that focusing on limiting the frequency of carbohydrate intake is difficult for all families to accomplish; thus, we now use options that allow for frequent snacking, altering the snack content for better oral and overall health.2

5.Saliva analysis breakdown: The analysis gives us 7 markers that describe the patient’s oral environment in a way we cannot visually see. For this patient, we noticed success after recommending the use of probiotics. Her ammonia levels increased after she started the treatment, likely indicating the probiotic was working and the increased commensal (healthy) bacteria were producing more ammonia.

However, gram-negative bacteria that contribute to gingival inflammation also produce ammonia. Therefore, we will be able to discern the contribution to ammonia after the teeth exfoliate. We view the fall in acidity and rise in buffer capacity optimistically, as we are moving toward a healthier oral environment. Although we see an increase in cariogenic bacteria in the second analysis, it cannot be explained. We often see differing levels based on diet or drinks, or the patient could have had a carbohydrate-rich snack or drink before her appointment that altered these numbers. The markers for acidity, buffer capacity, and ammonia gave the best indication early on to indicate we are heading in the right direction.

Conclusion
This case had many important lessons for us to learn from the beginning, with the child not visiting us until age 3 and to the eventual progression of disease. The first visit, occurring at 6 months after the eruption of the first tooth or by age 1, certainly has become more important than ever. We know that proactivity is best, as is beginning early with appointments, including preventive care. Becoming comfortable with merely the absence of disease is one of the most problematic issues I can see. By performing in a reactive mode, we are losing the opportunity to create great oral health, which we know is a direct link to overall health.

By seeing changes in the oral environment, we can work collectively with the family to help change course to a more complete oral and overall health. Continual development and education in the dental practice are paramount to continued health for our patients.

Technique in 2 Minutes: How To Create Conservative Smile Rejuvenation On a Patient With Peg Laterals 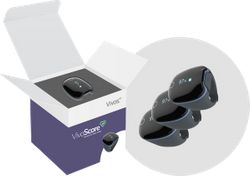 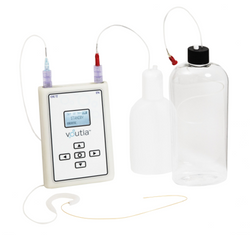