How the mainstream media is crippling oral health

The media's unsubstantiated coverage of medical and scientific issues could be dangerous to the general public's health.

This past summer the Associated Press (AP) raised holy hell with their assertion, based upon information retrieved from systematic reviews, that flossing is useless and serves no purpose. The ADA, ADHA, AAP, OHA and most oral health professionals have called the AP to task, supporting the importance of flossing and equating lack of flossing with all manner of poor hygiene, including an especially crude comparison to the wiping of one's arse.

Media naturally favors sensational stories that catch the public’s eye and interest, which in turn attracts advertisers and, consequently, money. Science is neither eye-catching nor interesting to most people. This creates a conflict of interest and angers many real scientists. Media coverage of science can be broken down into three categories: the wacky, the scary and the “breakthrough” science stories. Stories like these are ridiculous and writers are to blame for their proliferation.

Daily, we are all exposed to media misrepresentation of science. Magazines and websites are abundant with ads about “super foods”, which are often just exotic fruits. Weight loss, skin treatment and hair restoration products all make exaggerated claims of their benefits; media only increases the hype. Every year around Christmas and Easter, articles are published by mainstream media on the reported health benefits of chocolate. There is little scientific research to back these claims up, but the media, doing what it does best, is able to play on people’s emotions. Of course people would like to believe chocolate is good for you; it’s delicious. In this way, media uses warped science to exercise its will; people like to read what makes them feel good, and what can make someone feel better than thinking chocolate is scientifically proven to be healthy.

Trending article: Is the Associated Press right? Response to the AP regarding the benefits of flossing

Media sensationalism is often applied to scare stories as well. The MMR scare and widespread anti-vaccination sentiment is a perfect example. More recently, mass hysteria was created when Ebola entered the United States. CNN ran an article on the Ebola overreaction at the height of the epidemic. Their analysis included a survey in which two-thirds of participants feared an epidemic within the United States-despite there being only eight documented cases on American soil. 3,000 to 49,000 people died from a flu-related death during the years 1976-2007, yet no one seems to be rushing out for seasonal flu vaccines. The culprit of this madness: media.

Mainstream writers are ill-equipped to handle the relaying of scientific data and findings to the public. Journalists just don’t feel the need to back their claims up with evidence; they just need sensational stories to attract readers for advertisers. They understand that people usually only need conviction to be convinced. Whereas the learned members of a scientific community need facts, the public does not need nor even want them. Who has time to sit and analyze table after table and statistic after statistic? The public pressures media into misrepresentation of science. Before you know it, and by no fault of anyone’s, science is skewered to make it understandable.

Trending article: To floss or not to floss?

In science, the pursuit of truth, of facts, is accomplished through the use of the scientific method. It is “best way yet discovered for winnowing the truth from lies and delusion” and from individual biases which cloud our judgment. In dentistry, this inquiry is called Evidence Based Decision Making/Evidence Based Dentistry (EBDM/EBD) and is the subject of a significant number of articles in every peer reviewed journal. The ADA has devoted significant resources to it; there is even an entire organization dedicated to the pursuit of evidence based dental practice named, aptly enough, the Centre for Evidence Based Dentistry. It should go without saying, and should not require constant reminders, that the decisions we make as healthcare providers ought to be based on facts. These facts come to us not only through in vivo and in vitro research but through the acquisition of empirical evidence-the kind espoused by Albert Einstein, “All knowledge of reality starts from experience and ends in it.” Hence, the more experience a clinician has in treating patients, the more evidence she has to draw upon.

When asking someone what they think science is, their answer is usually something along the lines of a laboratory filled with men in lab coats or a scene from Star Trek. The failed experiments, painstaking work, vast amount of supporting or disproving data and gradual baby steps in progress go unrecognized by most. All things considered, media does science no favors. Facts, evidence and data are often neglected to spur public interest using sensationalism, and for this media is directly responsible for spreading misinformation. The full scope of and relationship between the public and scientific communities needs to be considered; that is, how media is controlled by the public, vice-versa, and how science is often the unlucky victim of the human condition. 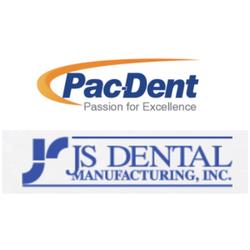