A game changer: 2017 will bring a new CDT code for gingivitis

For all of the history of Current Dental Terminology (CDT) coding, there have been no truly accurate codes that can be used for the treatment this patient needs. In 2017, that story will change. Yet, we must guard against misuse of this new code and not miss the disease present

Your patient presents with inflamed, hemorrhagic gingiva, light to moderate subgingival calculus, light supragingival calculus on the mandibular lingual anteriors and generalized pseudo-pocketing. For all of the history of Current Dental Terminology (CDT) coding, there have been no truly accurate codes that can be used for the treatment this patient needs. In 2017, that story will change. Yet, we must guard against misuse of this new code and not miss the disease present.

No clinical attachment loss, from the CDT coding perspective, means non-surgical periodontal codes (D4341/D4342) don’t fit. Coding for a full mouth debridement (D4355) isn’t appropriate either, as a full mouth debridement is indicated when a comprehensive evaluation cannot be completed due to excessive plaque, calculus, and debris. However, coding for an adult prophylaxis (D1110) doesn’t seem appropriate. There is D4999 unspecified periodontal procedure, by report but that doesn’t seem right either. The only choice has been D1110 because there simply isn’t a CDT code that satisfies the treatment needed for their oral condition.

However, January 2017 will bring us a new CDT code for patients who present with moderate-severe gingivitis! While this code has passed through the ADA Code Maintenance Committee (CMC), it has of yet been given a CDT Code number and can’t be used until after 1/1/17. Insurance companies may take a few months to recognize this new code or that it will covered under their policy. The existence of code does not mean a patient has coverage under a policy. Yet without a code, no coverage could be offered.

The code passed the CMC reading this way:

Description: The removal of plaque, calculus and stains from supra- and sub-gingival tooth surfaces when there is generalized moderate or severe gingival inflammation in the absence of periodontitis. It is indicated for patients who have swollen, inflamed gingiva, generalized suprabony pockets and moderate to severe bleeding on probing. Should not be reported in conjunction with prophylaxis, scaling and root planning, or debridement procedures.”

Minor tweaks in this verbiage may still happen. Let it be noted: YOU CAN’T USE THIS CODE YET BECAUSE IT DOES NOT YET EXIST! (Yes, we are yelling to be sure everyone hears that part.)

Why do we need the code? Find out on the next page...

Why do we need this CDT code?

This probably doesn’t need much explanation, but in the interest of being thorough, there are gaps in CDT codes especially in the area of the care provided by hygienists. We have a code for healthy periodontium (D1110), codes for non-surgical periodontal therapy (D4341/D4342), a code for the maintenance of periodontally-involved patients who have undergone non-surgical periodontal therapy (D4910), and a code for gross-debridement (D4355), but nothing for the in-between. The CMC has typically decided that gingival disease treatment should be coded using D1110 yet for many this has never made much sense.

Continue to the next page to read about concerns about misuse…

Some of the insurance carriers and other members of the CMC voiced concerns about misuse. There is validity behind these concerns. DentalCodeology: More than Pocket Change says two simple words, diagnosis and documentation, are the answer to nearly every periodontal coding question. Often we want to jump to treatment without a diagnosis. All treatment needs a diagnosis before it is rendered including a preventive prophylaxis or a prophylaxis that is treating gingival disease. If hygienists completed the dental hygiene diagnosis as we were all taught in school, a lot of coding issues would be solved. (Think you can’t perform a diagnosis? Follow the link above.)

Bone height/loss is the parameter used most often to differentiate between gingival and periodontal diseases. Yet, few practitioners’ measure and document bone height. Healthy tissue should measure approximately 1.5-2 mm when measured from the aveolar crest to the CEJ. This can only be measured with radiographic images, not a probe. Just because there will be a new code doesn’t mean this has been accurately measured. Without this measurement, misuse of this new code could be rampant. AND more importantly, a lot of disease may not be treated appropriately.

So, why has it taken so long to get this CDT code? Continue to the next page to find out…

Why has it taken so long to get a proper CDT code for gingivitis?

While some like to blame the ADHA, as hygienists we all have a duty to participate in the process of updating current CDT Codes if we feel there needs to be a change or update. The CMC meets once per year and it’s an open hearing. Anyone can sit in, express their opinions and even submit changes in absentia they would like to see to the CDT code itself. You won’t have a direct vote unless you are representing one of the 21 organizations or members that have voting capacity, but your voice and input can still be heard.

·       Five representatives from the American Dental Association, one of whom will serve as chair

·       One representative from each of the nine recognized dental specialty organizations

·       One representative from the Academy of General Dentistry

·       One representative from each of the following third-party payer organizations

·       One representative from the American Dental Education Association

The ADHA did conduct an open survey to gather input on the need for a new CDT Code for gingivitis and the results were submitted to the CMC. However, the problem still exists that the ADHA doesn’t have a seat at the table, let alone a vote.

Why it’s important for hygienists to code correctly?

Coding is more than just the existence of a code. If coding is the same for everyone, or you think you already know the codes, you are not doing it right. To do it right, you must think and understand.

The problem is most of what many of think we know about coding is likely to be incorrect. We know because ‘someone said’ or ‘the receptionists called in the insurance company’ or what can be the most challenging is ‘I heard it at a course.’ None of those resources are necessarily correct. The intent may not be negative yet often without realizing it, misinformation is given.

The American Dental Association developed Current Dental Terminology (CDT®) which means ADA owns the codes. Whether for publishing, consulting, or CE requires a valid commercial user license from the ADA. Look to see if the article, the speaker or CE program has required information “Current Dental Terminology© 2016 American Dental Association. All rights reserved” in their materials.

How can you get involved? Find out on the next page…

How can you get involved?

This year only two hygienists were present at the CMC hearing, one representing the American Association of Public Health Dentistry and the other an RDH on her own who passionate about coding. With as many clinicians frustrated and complaining about the need for a new CDT Code, why weren’t more hygienists there? It helps no one to sit on the side-lines and complain unless you are actively looking for a solution.

We encourage you to refocus that energy to actually participate, get involved, and make a change. The “someone else will do it” attitude needs to change if we want to move forward as a profession. You can be part by asking and learning as much as you can about coding. 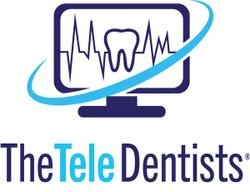