Dentsply Sirona will partner with Women in DSO to support the group’s commitment to the advancement of women leadership in dentistry.

"Women are still underrepresented in leadership positions, and this also applies to the dental industry," Seymour said in a press release from the company. "With our involvement in Women in DSO, we want to help change this. The partnership complements our own programs for women in dentistry and is another milestone towards gender equality."

Women in DSO has announced a variety of partnerships with companies including Candid and Carestream Dental. Dentsply Sirona is the latest to partner with the group. In September 2021, Dentsply Sirona published a sustainability strategy with a large part of that dedicated to committing to equality. This partnership with Women in DSO is just a step in toward achieving those goals.

Dentsply Sirona has announced its commitment to providing resources to empower women leadership in the dental space. Seymour will serve on the group’s board as a mentor and leader. 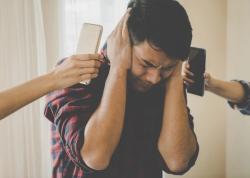 Addressing Global Events and Stress in the Dental Practice