Cloudy with a chance of computing

In the last couple of years, almost every tech lover, from the casual user to the hardcore gear head, has been inundated with a serious dose of “The Cloud”.

In the last couple of years, almost every tech lover, from the casual user to the hardcore gear head, has been inundated with a serious dose of “The Cloud”.

So much so, in fact, that “The Cloud” has begun to become a serious buzzword in tech circles. The funny thing is, for a lot of us, “The Cloud” is sort of a nebulous thing. In fact, unless you are one of the aforementioned gear heads, you may not be quite sure of exactly what “The Cloud” is, or what it encompasses.

In 1982 a young and bright 28-year-old named Scott McNealy helped found a company called Sun Microsystems. Even in 1982, McNealy could see the idea of using high-powered computers working together in a networked environment to help solve problems, instead of increasingly investing a company’s revenue in extremely high-powered and high-cost computers working alone.

His statement in 1982 was, “The Network is the Computer”. We are now seeing this statement proven out time and time again on a daily basis. While McNealy’s comment was about 30 years too early, it is now a fairly common concept.

The Cloud really was the original concept of the Internet. This idea was interconnected computers that could continue to talk to one another despite some type of natural or nuclear disaster. However this concept lacked one really important piece of the pie… bandwidth. I mean, sure, the computers could continue to talk to one another, but if they really couldn’t move much data… what good were they?

In the late 1990’s and early 2000’s we began to see the concept of “software as service.” Basically what that meant was software ran on a computer somewhere and companies could access it. The idea was that instead of buying a program and installing it on dozens (or hundreds) of computers, a company could pay a monthly fee (which was significantly less than purchasing all those copies of the software) and users could access the software with a username and password. The concept of “Cloud Computing” was born!

However, this was still “The Cloud” in its infancy.

Around the year 2009, the Internet took a turn for the better, but most of us were unaware of it. That year was when we saw the implementation of a concept called “Web 2.0”.

While most of us didn’t even realize a change was happening, Web 2.0 rapidly changed the way users interacted with the Internet.

Google defines “Web 2.0” as: “the second stage of development of the World Wide Web, characterized especially by the change from static web pages to dynamic or user-generated content and the growth of social media.”

I mean, before Web 2.0 the only time you really truly interacted with a web page was maybe to type a term into a search engine… or maybe to fill out an online form. That was just about it. However when Web 2.0 broke free, the game changed dramatically!

Before Web 2.0, I remember thinking it was so cool when I purchased a piece of software that allowed me to type a text message into a window and actually send it to a friend’s mobile phone! Imagine being able to text a mobile phone from my computer! It was a big deal, required me to setup the software (which wasn’t exactly easy), and I could only contact one mobile number at a time. Now with Twitter or Google Voice (both Web 2.0 services) I can pretty much contact anyone anywhere on the planet!

In my opinion, the best technology is the kind that works so well, you don’t even know it’s there. And that, my friends, is what The Cloud is all about.

Nowadays we are using Cloud services for just about everything. Banking, travel, email, Google Docs, calendars, your kids homework, online payment services, Care Credit… the list goes on and on.

Recently I had a chance to visit a Tier 3 data center run by a company called Peak 10. The center is in an undisclosed location (sorry, I’m sworn to secrecy!), but it stores data for some very large companies that you have all heard of. It also runs the secure HIPAA compliant email server for Aspida (the HIPAA-compliant email service I happen to use). There are many of these types of facilities around the US run by several different companies. They are required to have all kinds of backup plans to survive in case of natural disasters including diesel powered backup generators. The data center I was in is so important to the overall health of the economy that in the city where it is located if there is a natural disaster and fuel is in short supply, the first to get fuel is the hospitals, the second is the airport, and the third is the data center! That is how important The Cloud has become to our society.

In fact, The Cloud is so commonplace that getting info off The Cloud is just not commonplace anymore. I use a service called Evernote that lets me store all kinds of things and organize them in The Cloud. What’s funny about my Evernote account, is that I actually pay *more* to have my data downloaded and stored on my devices and not *just* in The Cloud (my info is stored on my phone, tablets, and computer in addition to The Cloud). Crazy huh?

This whole Cloud concept has become so commonplace to me that I no longer use the “Documents” folder on my computer to store my articles. All of my articles are written and stored in The Cloud courtesy of Google Docs. Why? My travel and office schedule often don’t allow me the time to just sit down with my laptop and write an article the way I used to when I started my career at Dental Products Report. Now I’m often in airports, hotel rooms, or sitting in a parking lot or a doctor’s office as I transport my aging parents. Utilizing The Cloud I can access my articles from Google Docs and work on them from my laptop, tablet, or even my phone if need be.

When I’m done with the article I simply export into a Microsoft Word format and email it to the good folks who do the layout and convert my simple words into the beautiful piece of artwork you are reading right now.

Related reading: Top 4 reasons to store your data in the cloud

The Cloud surrounds us and is so ubiquitous that many of us don’t even realize all it does. My making the network become the computer, we’ve been able to get off the “computer upgrade treadmill” that many of us were on in the 90’s and the early millennium. That’s simply because we don’t need a high-powered computer at our disposal at all times. By utilizing the power of the network, we’re able to do more than ever.

In dentistry, we’re already seeing practice management software companies either in The Cloud exclusively or offering a Cloud solution. My personal assessment is that we’re going to see this continue and it will become a bigger part of how we run our practices.

Now as devices become smaller and better placed to interact with humans (think watches, Google Glass, etc.) it’s only going to get better. Hang on; it’s going to be a fun journey.

RevenueWell Expands Into Digital Marketing With Acquisition of PBHS 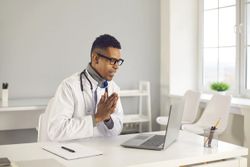