As we celebrate Black History Month in February, here we recognize and honor people of color in the dental industry who helped to make the profession what it is today.

Born in 1864, Dr William Thomas Jefferson began his dental studies at 22. He graduated from the American College of Dental Surgery in Chicago in 1891. He soon after opened his own practice in Chicago, where he was quickly set to join a battalion that became the 8th Illinois Volunteer Infantry. Dr Jefferson became first Lieutenant and stationed in Cuba. Dr Jefferson provided vital dental services for his fellow soldiers, making him the first Black dentist to serve in the U.S. Military. Unfortunately, by the time Dr Jefferson was eligible to apply for the position of Dental Surgeon for the U.S. Military, another candidate had been chosen for the state of Illinois. Despite this, Dr Jefferson continued to serve in the National Guard and advocate for more Black men in these positions until his death in 1925.1

Dr Annie Elizabeth Delany, also known as “Bessie,” was born in 1891, where was raised by Rt Rev Henry Beard Delany, the first Black person elected Bishop of the Episcopal Church in the United States. Dr Delany was raised on campus at Saint Augustine’s University wherein she graduated from the school in 1911. In 1918, she enrolled at Columbia University with her sister. Dr Delany earned her dental degree in 1923 wherein she was the only Black woman in her graduating class. She was the second Black woman licensed to practice dentistry in New York and published a book at the age of 101. Dr Delany was well known for her treatment of both rich and poor folks as well as her free dental treatment for children. She also is well known for the book she wrote with her sister and reporter Amy Hill Hearth, titled “Having our Say: The Delany Sisters’ First 100 Years,” which was a detailed account of the sisters’ time growing up in Harlem across many years. Dr Delany passed away in 1995 at the age of 104.1

Dr George F Grant, born in New York in 1847, is recognized often for his achievements in both dentistry and inventing. He was a fellow collegiate of Dr Robert Tanner Freeman’s Harvard Medical School class in 1868 and graduated 2 years later in 1870. After his graduation, Dr Grant was asked by Harvard to instruct in mechanical dentistry, becoming the first Black faculty member at Harvard, where he was lauded for his work with patients with cleft palates. Notably, Dr Grant patented both the oblate palate and, as an avid golfer, the whittled wood golf tee. This wooden golf tee was capped with gutta-percha, a root canal latex resin. Dr Grant was a founder and President of the Harvard Odontological Society, as well as the President of the Harvard Dental Association. He passed away in 1910.1

Born in 1846, Dr Robert Tanner Freeman is often regarded as the first professionally trained Black dentist. Dr Freeman lived in Washington D.C. and worked as an apprentice under the tutelage of local dentist Henry Bliss Noble. Eventually, Dr Freeman began applying to medical school to pursue dentistry, and although he was rejected twice, he was soon accepted into Harvard Medical School in 1867. He graduated in 1869 where he then went on to open his own practice back in his hometown in Washington D.C. where he practiced dentistry and mentored youth. Dr Freeman passed away in 1873, and he is now often honored for his work in dentistry as well as his mission to treat and educate people of color who may not have had the access to dental care at the time.1

Dr Ida Gray Nelson Rollins was born in 1867, where she was shortly after orphaned and sent to live with her aunt in Cincinnati, Ohio. There, while still in high school, Dr Rollins began to work at the dental offices of Jonathan Taft. Dr Taft was a known advocate for women in dentistry, and he urged Dr Rollins to apply for the University of Michigan School of Dentistry. Dr Rollins did so and graduated in 1890, 1 of 3 women who graduated that year, and went on to become the first Black woman dentist in the United States. She opened her own practice, eventually relocating Chicago where she served patients of every race and creed. She became Vice President of the Professional Women’s Club of Chicago and a member of the Phyllis Wheatley Club. The Phyllis Wheatley Club ran and maintained the only Black women’s shelter in Chicago. Dr Rollins passed away in 1953, and she is now honored with an annual award at the School of Dentistry at the University of Michigan.1 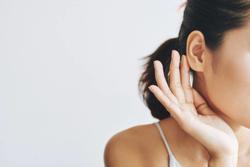 The Sounds of Dentistry