Can a bond be too strong?

Everyone wants a strong bond, but is can there be too much of a good thing?

Every dentist wants to create a bond that won’t fail—a strong bond that will last for decades and not cause any short-term post-op sensitivity or long-term problems.

While there are many factors-such as microleakage risks, bond durability, and degradation-that play into adhesive success, it goes without saying that bond strength is a major contributing factor in cement and adhesive selection. But are there problems that arise from a strong bond? In today’s world, can a cement create a bond that is, in fact, too strong?

The answer? Well, that depends, according to Dr. Jason Goodchild, director of clinical affairs at Premier Dental.

“When it comes to permanent cements for indirect restorations, I don’t know that we have a cement that is too strong now,” Dr. Goodchild says. “I think that the bonds you can generate with currently available products probably don’t qualify as too strong. However, on the direct side, you could probably make a claim around a bond being too strong. Some of the bonds generated on the direct side can be stronger than the actual tooth.”

“One of the things people get concerned about when it comes to bond strength with direct restorations is shrinkage,” says Dr. Jeff Lineberry, a general dentist practicing in Mooresville, North Carolina. “We get composites and resins, and due to the way they’re placed, we get too much volumetric shrinkage. And then you get cuspal deflection and then of course in some cases you can induce some fractures. So, that’s a reality we have to watch out for.”

As a composite is light cured in a direct restoration, it contracts and shrinks, putting tension on the bond and surrounding tooth. In resin restorations, it’s common to have polymerization shrinkage of up to six percent.1 This shrinkage can result in debonding, marginal gaps and staining, cuspal movement, and microcracking of the restoration-or more critically, microcracking of the tooth. As a composite shrinks under the curing light, it pulls away from the tooth, putting so much pressure on the tooth substrate that it, instead of the bond, can crack.

“The problem is when the bond is stronger than the tooth,” Dr. Goodchild says. “The bond between parts of your teeth may be 16-18 Mpa, but we can generate bonds that are over 30 MPa, which means you have two things happening: You have a tooth trying to hold itself together and a filling trying to bond to the tooth. It can create shrinkage stress and the whole phenomenon around post-operative sensitivity. You really do have to be concerned about polymerization shrinkage, as microcracking can become a real problem.”

The big risk with indirect restorations is that the bond might be stronger than the tooth itself. When researchers test bond strength, they often use a test known as macro-strength bond strength (SBS) testing. This test bonds two materials (such as a tooth and a crown) with an adhesive and loads them in shear until it fractures. One troubling thing researchers have discovered from this testing is that the tooth substrate will sometimes fracture before the adhesive.

While having a strong bond in an indirect restoration is key to longevity, it shouldn’t come at the expense of the tooth. If, under stress, the tooth substrate fractures before the adhesive, you’ve got even bigger problems. So, do you need to be overly concerned when selecting a product that boasts high bond strength? Not really, says Dr. Goodchild.

“When it comes to the indirect side, I’m not sure we have cements that are too strong,” Dr. Goodchild says. “There are failure risks with any product.”

While a cement itself may not be too strong, other things can contribute to potential bonding issues.

“There are other things to take into account, beyond just the cement,” Dr. Goodchild says. “For example, when you consider retentiveness of a final crown, you also have to consider the prep. If you have a really long prep and a really parallel prep, and you cement it with resin cement, obviously that thing is going to be a bear to get off-you’re never getting that off without cracking it to pieces.”

“I do think when we start talking bonding indirect restorations in place, there’s a fine line of what’s enough and what’s too much,” Dr. Lineberry adds. “I think that’s where you have to take into [account] retention resistance and being able to remove it if you need to.”

It’s also important to take into consider bond degradation when talking about bond strength. Naturally, a bond will lose strength over time, so it’s a balancing act to create a bond that will last for years but not jeopardize the tooth. While a bond may be extremely strong initially, it may not be as durable down the road.

“Obviously, bonds degrade over time,” Dr. Goodchild explains. “No bonds stay stable forever. So, let’s start as high as we can, so that as we degrade, it’ll still be good for a long period of time-rather than start at a moderate level and just hope it stays that way. So, that’s always been the thinking is that we want to start as high as we can, knowing that the bond degrades over time.”

Dr. Lineberry agrees but takes a more nuanced approach to the compromises between strength and degradation.

“The better question is, are we more concerned about bond strength or bond durability? To me, bond durability is key,” Dr. Lineberry says. “You get these matrix protease inhibitors where we get matrix proteins that are breaking down the bonds. So, if you’ve got a bond that’s 100 MPa but in six months you retest it and it’s down to 1 MPa, that doesn’t do you much good. Now, if it’s at 20 MPa and it’s still well bonded in 10 years, that’s kind of really what we’re looking for.”

In the end, a successful, stable bond is more important than sheer strength.

“I don’t think of a bond as too strong,” Dr. Lineberry concludes. “But there are things you need to take into consideration when bonding to ensure long-term success.” 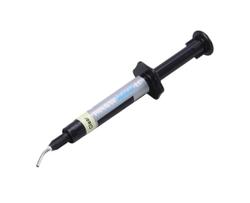 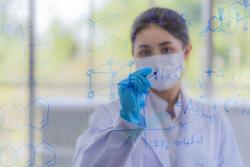