This device uses new and advanced ultrasonic technology that just may change the way ultrasonic devices are designed and used throughout dentistry. It is not tied to a wall via a cord and really appears to be a breakthrough product when it comes to making endodontic care easier to deliver and more predictable. Here we’ll take a close look at how this innovative product came about, and how science indicates the importance of using this technology for the best clinical outcomes. We will also learn from Vista Dental CEO Gary Pond how this launch is only the first of many planned that will take advantage of this innovative breakthrough.

“It starts with Vista’s core strength in creativity and product development,” said Pond. “Vista Dental is first and foremost a product development company, dedicated to finding more cost effective and more efficacious ways of improving therapy and outcomes. We have a deeply rooted commitment in developing products that will enhance the clinician’s ability to remove debris, dissolve tissue, disrupt biofilm and kill bacteria. As a result, our focus has always been on improving endodontic irrigation.” Vista Dental has pioneered the development of engineered solutions and delivery systems.

Check out this video about EndoUltra's cleaning efficiency...

As the market trended toward fewer required instruments there was a resulting negative impact and consequence of less associated irrigation, and the industry began to see an increase in retreatment rates. That’s when Vista Dental realized the need for improved irrigants as well as the need to come up with delivery systems that would properly activate those engineered irrigants.

Science proved that ultrasonics was the key to providing the best results related to improved irrigation, but it was not until Vista Dental engineers figured out how to overcome the challenge of creating cavitation in a small endodontic space and to miniaturize the technology so that would be convenient and easy to use were they able to come away with this remarkable breakthrough.

Click here to keep reading about the breakthrough that is Vista Dental's delivery system.

In the process of developing and improving delivery systems, the company researched ways to activate the irrigants. “There have been companies that introduced products that would agitate,” Pond said. “The problem was that they didn’t create cavitation or effective acoustical streaming. They just weren’t getting the job done.”

“What the market needs is a product that is easily understood, easy to use, effective and does not compete for space in an already crowded operatory…This technology will be the future of piezo ultrasonics for not just endodontics but it will represent the future in terms of a cordless handheld device for general root planing and scaling,” Pond said.

The team at Vista Dental focused on ultrasonics, since it is the only way to consistently create cavitation in very small canal spaces. Vista’s engineering staff was then challenged to deliver this ultrasonic energy in a compact easy to use design favored by endodontists. In the development process the Vista Engineering team led by John Baeten found the way to miniaturize the source of the ultrasonic energy by changing the way power was converted to ultrasonic vibrations.

Baeten, Director of Engineering and Product Development, says, “The innovation in the technology is not simply in miniaturizing ultrasonics. In order to miniaturize ultrasonics and create a cordless device, we had to completely rethink how piezo transducers are viewed mechanically and electronically. The innovation is in how we pair the electronics to the piezo elements to create a finely tuned underdamped harmonic oscillator. In addition, we had to re-engineer the piezo transducer with three goals in mind: minimize its size, maximize power output (i.e. mechanical coupling) and fix the resonant frequency so it operates in the same range as current dental scalers.”

Now that Vista Dental has developed this product, the next step is to educate clinicians on the importance of effective irrigation through the use of engineered irrigants and the means to activate and penetrate those irrigants.

That’s where the science (see “Canal simulation of endodontic activating systems” at right) can play a big role. “It has been well documented that even in properly instrumented canal systems, as much as 35 percent of that canal system remains untouched by the instrument,” Pond explained.

“As a consequence, many areas of the canal system are loaded with residual necrotic tissue, infection, and biofilm. The only remaining way to eliminate these sources of potential endodontic retreatment is through the use of properly engineered irrigants and effective irrigating delivery systems.”

Check out this video about the features of EndoUltra ...

Research studies have shown that ultrasonics is significantly more efficacious than other methods such as passive irrigation and sonic agitation in the activation and penetration of irrigants. Most clinicians recognize that improved irrigation and disinfection techniques are critically important to the endodontic therapeutic process. That’s where the EndoUltra fits in.

Click here to read about a canal simulation of endodontic activating systems.

Materials and Methods
In order to evaluate the fluid movement throughout the canal, a canal block was filled with water. Methylene blue dye was placed in the two outer openings, as shown in Fig. 1. The canal block was sealed on the proximal openings to mimic canal pressure. Each endodontic product was activated and placed within the canal block. The simulation was recorded with a video camera.

The videos taken were analyzed through Image J to quantify the dye intensity throughout the canal (apical, middle, lateral, coronal) areas. The quantitative data was then converted into a percentage scale in order to compare the mixing of dye caused by each of the commercialized endodontic products, as well as a 15/02 millimeter hand file.

Figs. 2-3: Canal after 20 seconds of activation with EndoUltra and EndoActivator. The dye is thoroughly dispersed throughout the canal with the EndoUltra.

The EndoActivator was unable to mix any dye within the lateral canal at either time point (Fig. 4). The EndoActivator had a maximum of 15% dye that was mixed, which occurred in the coronal area of the canal. The EndoUltra resulted in significantly more dye mixed throughout all areas of the canal compared to the EndoUltra after 5 seconds, and also after 20 seconds of activation.

Fig. 4: The percentage of dye mixed within the canal areas after 20 seconds of activation. The EndoActivator was unable to provide mixing of dye within the lateral area of the canal.

Click here to find out hte conclusions of this simulation and learn more about EndoUltra.

Conclusion
In comparing two commercialized endodontic products (EndoUltra, EndoActivator, and a 15/02 millimeter hand file) the EndoActivator and hand file were unable to sufficiently mix methylene blue dye within a canal block. The EndoUltra was able to mix dye within the canal block after 5 seconds of activation, and produced significantly higher percentages than the EndoActivator and hand file in all areas of the canal. Clinically, this implies that the EndoUltra is able to disperse irrigating solution throughout the anatomical canal to provide improved, faster cleaning of the canal and success rates compared to other endodontic devices.

Free Webinar: How to Effectively Equilibrate the Natural Definition

Five Reasons to Consider a Purchase

EndoUltra
The EndoUltra is a cordless ultrasonic Activator that uses advanced ultrasonic technology in a compact, easy to use handheld device. It is the only irrigation activator capable of generating the tip frequency (40,000 Hz) needed, to create sufficient acoustical streaming and cavitation required to effectively clean, penetrate and remove canal vapor lock. Other features include an LED power level indicator, sure Grip ergonomic design, reusable bendable tips, LED light for improved visualization and much more.
Vista Dental
877-418-4782 |  vista-dental.com

This article originally appeared in October 2014 issue of Dental Products Report. For articles about other great products inaction, click here to subscribe to DPR's newsletter bit.ly/1oJNUaR.

You Can Feel the Difference in the Composites you Cure With This Light: A conversation about Vista Apex's PinkWave Curing Light with Mike Miyasaki, DDS 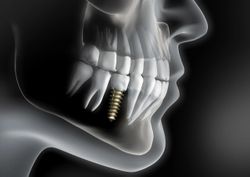